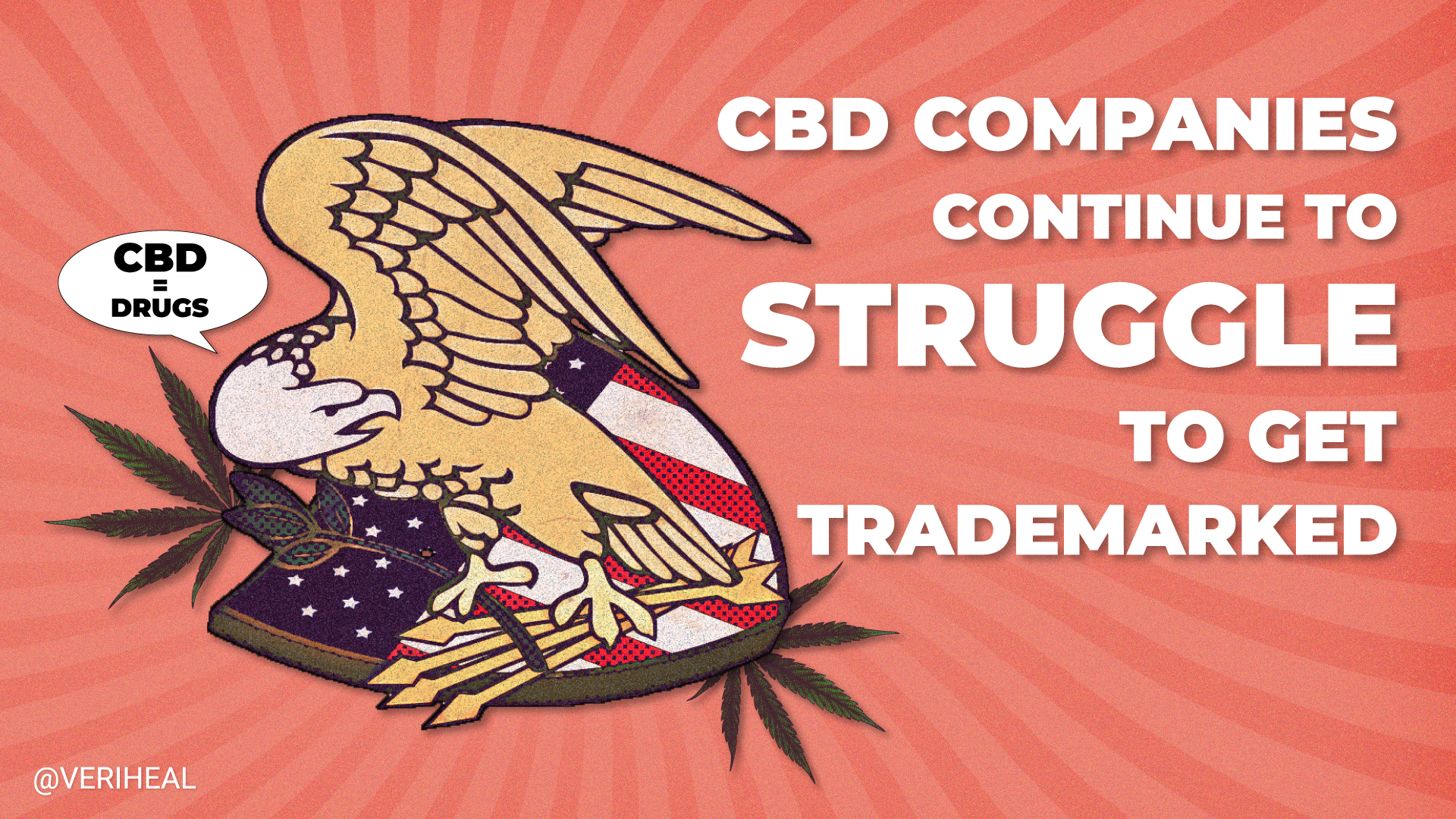 A federal agency denied a CBD trademark…again, U.S. veterans have called on the government to increase cannabis access, and Colorado police report a rise in street cannabis tainted with fentanyl.

The U.S. Trademark Trial and Appeal Board (TTAB) formally declined a CBD company’s request for a trademark last week. The company, Agrotec Hemp Corp, wanted to trademark its “PUREXXXCBD” product as a dietary supplement. According to the TTAB, the request was denied because of the federal illegal standing of all CBD products.

The TTAB’s decision on PUREXXXCBD is consistent with the precedent set in a 2017 cannabis trademark case. In that case, CBD company PharmaCann similarly attempted to gain a trademark for its cannabis business. The TTAB denied PharmaCann’s request, stating that trademark applications that included “items that are unlawful as of the application filing date” would not allow for the lawful commercial use of said trademark.

Since then, the TTAB has relied on its opinion from the PharmaCann case as the justification for declining subsequent cannabis trademark requests. What do you think of the TTAB’s stance on cannabis trademarks? Let us know in the comments!

Last week, the House and Senate committees held a joint meeting with various veteran service organizations (VSOs). The purpose of the meeting was to hear what these VSOs thought that Congress and the federal government should be doing to better help veterans. While many different suggestions were brought up, one particular topic was at the top of mind for many of these VSOs: cannabis.

While the VSOs’ cannabis-centric request touched on a number of different ideas, most centered on how much veterans could stand to benefit from increased access to marijuana therapy. One group, for example, asked for the U.S. Veterans Association to expand research into the therapeutic potential of cannabis. Another group asked for Congress to immediately end cannabis prohibitions so that veterans could access cannabis recommendations through their doctors.

In recent months, the VA has inched closer and closer to embracing cannabis. In December, a VA researcher acknowledged that individuals with PTSD who consumed cannabis experienced fewer symptoms and recovered more quickly than those who didn’t use the substance. Even more encouraging, VA officials recently hinted that they were looking into making changes to their internal policies regarding marijuana.

Do you think the VSOs’ testimonies will be enough to change the federal government’s stance on cannabis? Do you think the VA will go through with the policy changes it teased? Let us know in the comments!

Colorado’s Pueblo Police department (PPD) put out a PSA earlier this week warning its residents about an increase in overdoses tied to laced cannabis. According to the PDP, the overdoses were primarily tied to individuals buying cannabis off the street.

The illicit and unregulated cannabis included traces of dangerous drugs like fentanyl and methamphetamine. Even more startling, the PDP added that the majority of the tainted cannabis came in the form of THC oils, waxes, and vapes.

As we reported last year, the United States is in the midst of an incredibly deadly opioid crisis. One factor behind this ongoing crisis has been the increased frequency with which illicit market dealers have been spiking their cannabis with cheap but dangerous substances like fentanyl. By spiking their inferior products, dealers are able to hook unsuspecting customers onto incredibly addictive substances with the hope that they will come back for more.

Despite how intriguing it may seem to buy from the illicit market, remember that what you save in cash is not worth possibly exposing yourself to unknown and dangerous substances like fentanyl.