Home Lifestyle Discover the Terpenes that Give us Major Fall Vibes

Discover the Terpenes that Give us Major Fall Vibes 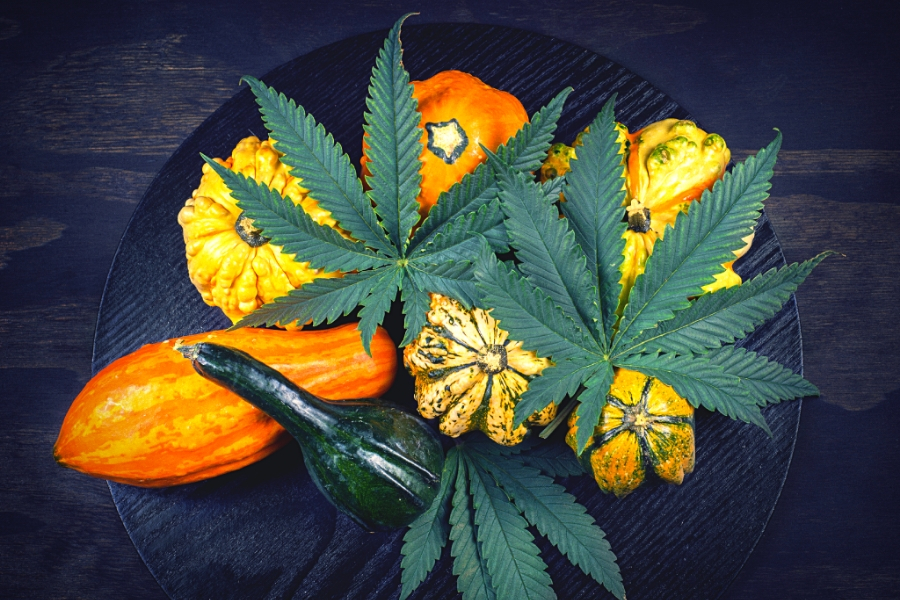 While “pumpkin” spice may be the call to the season, there are many aromas that remind people of fall. These typically include spicy aromas with hints of clove, pepper, and cinnamon. When it comes to these aromas, they are caused by compounds known as terpenes which are present in a wide variety of plants including cannabis. Terpenes not only attribute to the smell of plants, but also to the potential benefits that they offer. When it comes to the terpenes of fall, the three primary terpenes found in cannabis that produce these aromas are pinene, caryophyllene, and humulene.

Let’s take a closer look at these three terpenes, the benefits they offer as well as common strains of cannabis in which you can find them.

Pinene is a prominent terpene found in cannabis that offers a very pine-like aroma. Pinene is also found in abundance in pine trees, rosemary, parsley, and basil. Forest bathing is a practice that has been beneficial for people in cultures globally for many years. Forest bathing is the act of walking through a forest, typically barefoot, to reap the benefits of the essential terpenes found in forests that are emitted when the ground is disturbed. Pinene is one of the primary terpenes found in many forests around the world that are frequented by individuals taking part in this practice. In one study, which can be found here, pinene was shown to be very beneficial when exposure occurs through forest bathing.

Humulene is a terpene found in cannabis that is also present in hops, black pepper, and ginseng. The aroma offered by this terpene is described as being herbaceous, spicy, and floral. Humulene has been utilized for centuries in holistic medical practices. This could be because humulene is present in many therapeutic-grade essential oils. One of the most common essential oils that humulene is present within is Balsam fir oil which is also known as Abies balsamea essential oil. Humulene within this oil is believed to have substantial benefits for fighting tumors as it produces Reactive Oxygen Species (ROS) in abundance. Humulene is also thought to be responsible for this oils ability to fight against a bacterium known as Staphylococcus aureus.

Do you have a favorite fall smell? Is there a particular cannabis strain that emits an aroma that you love? If so, you have terpenes to thank, and if you are a fan of the fall aroma, chances are you will love cannabis strains that include humulene, pinene, and caryophyllene, like the ones mentioned above.