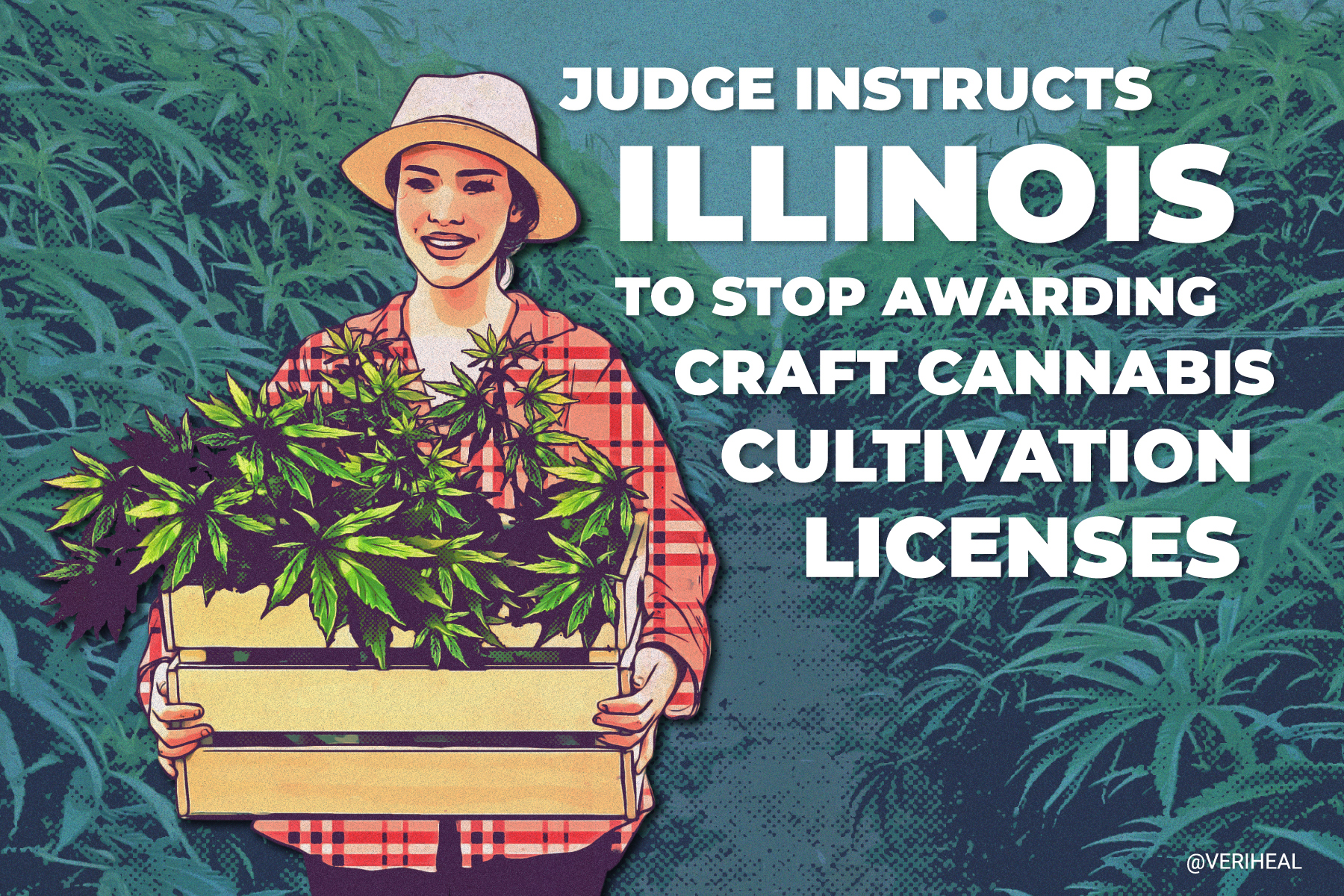 The Illinois high court has rejected a request to permit further licensing for craft cannabis cultivators for the state’s adult-use marijuana program, which launched in January 2020. Craft cannabis cultivation typically involves growing cannabis in small batches, and the farming practices used are organic and sustainable. Unlike large-scale cannabis producers, craft growers’ primary focus is carefully planting and drying each crop after a harvest to produce high quality, top shelf product.

The news of the ruling has hit home for many of the state’s hopeful cannabis growers, with the lucky 60 initially expected to have been chosen no later than December 21. However, in response to the process being delayed, 13 applicants have filed legal battles contesting the denial of permits.

According to MJBizDaily projections, the recreational cannabis market in Illinois could generate $2.4 billion to $2.9 billion in legal sales by 2024. That’s without even considering the extra $310 million-$380 million that could be generated from the medical cannabis market. Considering this, it’s no surprise that many are hoping to get in on the ground floor and establish themselves in the industry. Last summer, an initial 40 craft cannabis cultivation licenses were distributed, at which point the court had not prohibited licensing. Because of this, these first license holders are not at risk of having their cultivation authorization revoked.

Cannabis growers must pay a different fee in each U.S. state, which is why it is important to check state laws before applying. Many states impose a limit on the number of applications they are willing to accept on a yearly basis.

In the case of Illinois, a standard cultivation business application fee of $25,000 is required, as well as an annual cannabis-growing license fee of $100,000. A unique point system is being implemented by lawmakers for the state’s license application process. Based on the system, each individual applicant has the opportunity to win 1,000 possible points.

According to Section 1300.307 of the Emergency Rules, the maximum number of points are awarded based on things like the proposed facility’s suitability, employee training plan suitability, as well as plans for security, cultivation, record keeping, and product safety. Hopeful applicants must also be able to prove that they have at least 75% of the available points.

Under this point system, social equity applicants gain an additional 200 points, making craft cannabis cultivation licenses an appealing choice for people who meet the social equity criteria. Based on the Cannabis Regulation and Tax Act, applicants will be granted “social equity” status if they can meet one of the following requirements:

A new report suggests that cannabis MSO’s from the state’s largest cannabis trade association, the Cannabis Business Association of Illinois (CBAI), are confronting lawmakers about legislation that would permit social equity-owned craft cannabis cultivators to amplify the size of their canopy. Their argument is that should growers be given this opportunity, the competition would be unfair.

Specifically, the proposed measure (SB3105) would allow craft cannabis growers in Illinois to almost triple their footprint to 14,000 square feet from 5,000 square feet. MSOs aired their opinions on the subject at a board meeting held in mid-February.

“[Illinois] should pause to properly assess where our industry stands rather than attempt to make incremental changes to an evolving industry,” the CBAI wrote in a statement to Grown In. Numerous MSOs lead the association, including Illinois-based Cresco Labs, PharmaCann, and Verano Holdings. Notwithstanding the association’s aversion to SB3105, members of the CBAI say that they will continue supporting industry uniformity moving forward.