Home News Why is US Cannabis Research Funded to Focus on Adverse Effects?

Why is US Cannabis Research Funded to Focus on Adverse Effects? 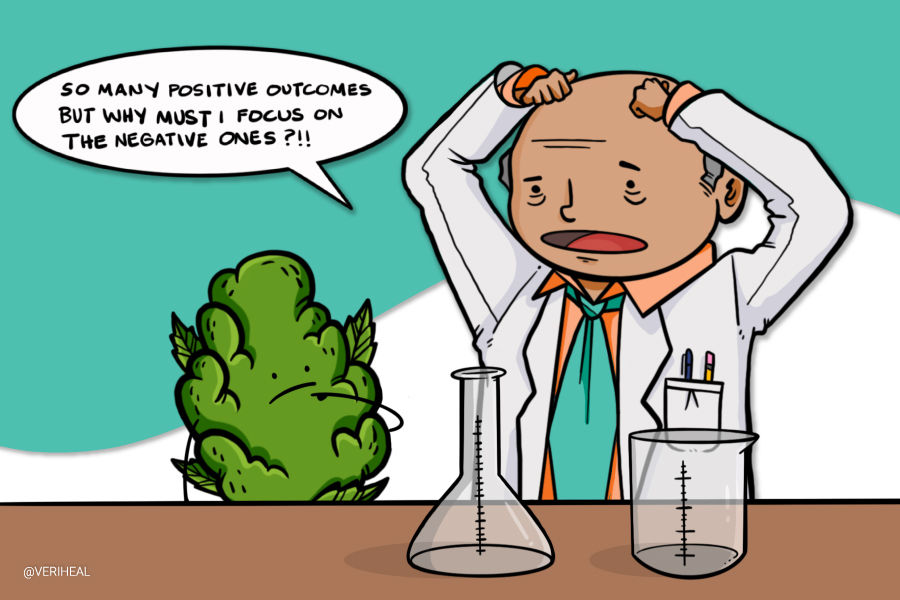 A cannabis database has shown that the American funding which is allocated to cannabis is focused on identifying the negative impacts and adverse effects associated with the plant. After the ever-increasing quantity of published research and studies demonstrating the medical and holistic effectiveness of cannabis, it would make sense that further funding goes into better understanding those benefits, especially since most of those published studies conclude by stating they need more research to make their findings concrete. However, the focus of funding remains on negative impacts. Is the focus on the negative impact due to the fact that role players want cannabis to remain illicit as to avoid its potential role in replacing pharmaceutical medication? How could we move the focus towards understanding the benefits?

The cannabis research database displayed that $1.56 billion was funded into cannabis research between 2000 and 2018. Of that, the American National Institute on Drug Abuse (NIDA) has invested just over $1 billion and has allocated far more money to researching cannabis misuse and the negative effects of consuming cannabis and its compounds as a form of therapy. Daniel Mallinson, a cannabis policy researcher, reviewed the funding analysis provided to Science Magazine and stated that,

“The government’s budget is a political statement about what we value as a society. The fact that most of the cannabis money is going to drug abuse and probably to cannabis use disorder versus medical purposes—that says something”.

On the brighter side, Science Magazine has indicated that the funding for cannabis as an effective form of treatment and therapy is rising, however not as much as the funding for its adverse impacts are. Science Magazine goes on to explain that the database was put together by Jim Hudson, who collected the publicly available grant information from around 50 funders including the American NIH (National Institutes of Health). Of the 50 funders, he was able to analyze 3269 grants, which he categorized by their focus for research. The results are as follows. 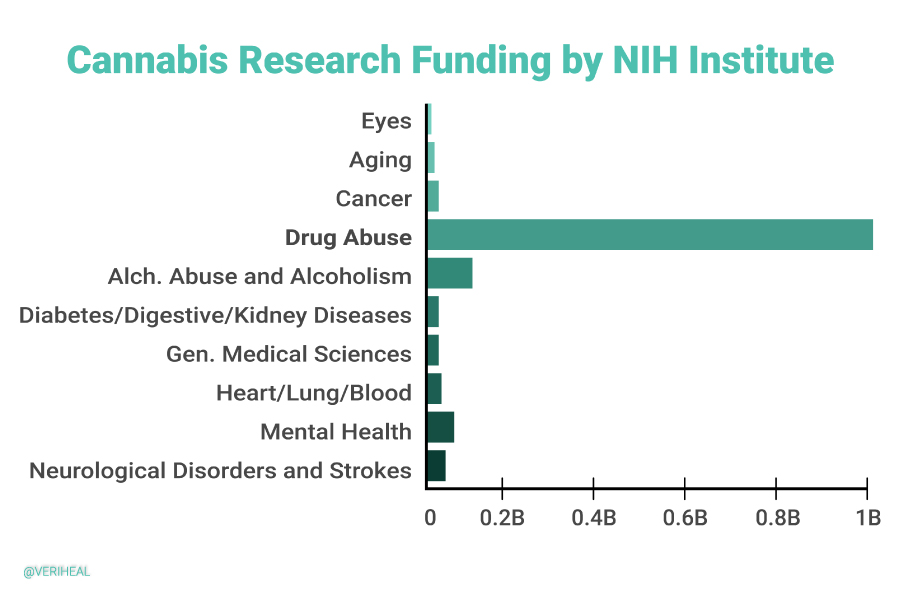 Science Magazine explains that the ‘harms’ refer to the adverse effects and negative impacts of cannabis consumption while the ‘endocannabinoid system’ refers to the body’s cannabinoid receptors and naturally produced endocannabinoids which the cannabis cannabinoids bind to. The data for this graphic was provided by Jim Hudson at Hellth.com.

The data provided by Mr. Hudson allows citizens to see how the main share of funding is allocated to seek the negative consequences of cannabis. It also shows that three countries (the U.S, Canada, and the U.K) combined funding of $34 million in 2018 was allocated to studying the cannabinoids (CBD, THC, CBG, etc) instead of the cannabis plant itself. Researching these cannabinoids in isolation may be more practical for researchers but it then does not get the opportunity to assess the entourage effects of the cannabinoids (which is the synergetic effect of the compounds in cannabis).

However, it is important to understand that cannabis research is largely restricted by the fact that the American Drug Enforcement Administration still has cannabis listed as a Schedule 1 drug alongside the likes of heroin and ecstasy despite the fact that cannabis is nowhere near as dangerous as the other schedule 1 drugs. Being part of the schedule 1 drug list means that the substances have a high chance of addiction while having no evidence of medical benefits. Based on those two criteria, cannabis should immediately be taken off the list since there is ample and increasing amounts of research which display cannabis as an effective medical treatment for an array of conditions as well as the fact that it has been proven to have extremely little chance of causing addiction.

Why Focus Research on the Negatives of Cannabis?

The following is based on educated suggestions as opposed to research-proven statements, in order to offer up some hypotheses for why the American government may want to keep highlighting and trying to identify the negative aspects associated with cannabis.

Those funding research focused on the adverse effects of cannabis consumption are funding the research in order to make concrete conclusions about its safety. This will allow medical professionals and consumers to have peace of mind and certainty concerning the consequences of consuming cannabis. Medicine is a heavily scrutinized field and all information must be concise, especially negative outcomes.

The funding is being allocated to the consequences of consuming cannabis because of its threatening position to the multi-billion dollar pharmaceutical industry. Cannabis is already being used as a more effective, all-natural alternative to pharmaceutical medication especially for conditions with chronic pain, which results in a decline of pharmaceutical sales.

Perhaps the goal for focusing on the negatives of cannabis is to ensure that the public is fed more consequences in order to keep control over cannabis and its Schedule 1 listing. Why one would want to deprive their people of effective and all-natural therapy alternatives is unfamiliar to me.

Cannabis can become the solution to a lot of symptoms of the dying earth. It can be manufactured to replace plastic (and it’s eco-friendly), it can assist with biodiversity in the soil and it can be used to make durable and affordable materials such as clothing, paper, concrete, and fuel. However, this would see the end, or downsizing, of many businesses that profit off of non-renewable sources. Which brings us to the thought that perhaps the negatives of cannabis are being pointed out to reduce the amount of business that could fall victim to the rise of cannabis.

Changing the Focus from Negative to Positive

The big question here is why we’re focusing on cannabis adverse effects and potential addiction when we could be putting our funding and research into better understanding the medical benefits that cannabis can offer. There are countless anecdotal evidence and an increasing amount of research (though not nearly enough), which already suggests and demonstrates a few of the manners in which cannabis can make for an effective treatment. In light of that, let’s look at some reasons why we should be moving away from focusing on funding research on negative aspects of cannabis and why we should look at the benefits.

As for the exact reason why the majority of the funding goes towards researching the negative impacts of cannabis, we really can’t be certain. Let us know what your thoughts are in the comment section below!

I feel like the most negative affect of cannabis is the fact that it’s illegal, the problems with cops prosecuting people and the ripple effects of that. Yet I think one should always be careful with the use of marijuana because of jobs and other responsibilities so it might not be dangerous but there are dangerous people out there who
might use it incorrectly

Hi Adrian 🙂 Thank you for your input and I have to say that I agree with you 100%. We can try to display just how safe cannabis is for consumption, but at the end of the day, we can’t control recklessness in situations where one may consume too much or where they have combined it with another situation.

I was numours pain meds and the benzodiazepines. Starting to work with a doctor she is a MD,she went back to school 4 more years studying homeopathic.
Not only am i off all pain meds but other prescription,
I’m working on two more scripts, insulin my a1c has dropped to a lot the next is the benzodiazepine.
I having luck with higher use of the combo 2:1. People need to know this is working.

Hi Jackie 🙂 I couldn’t agree with you more. People need to know its working, but they don’t even get the opportunity to when most of the research is focused on pointing out the negatives.

It’s all about the money, of course. At this point, the only type of comprehensive, complete research will have to come from private sources.

Exactly, but those private sources are still restricted by the schedule 1 listing of cannabis… despite the fact that the available research has already proven that the criteria for scheduling cannabis with drugs such as heroin, is obsolete.

How can I get into this study? 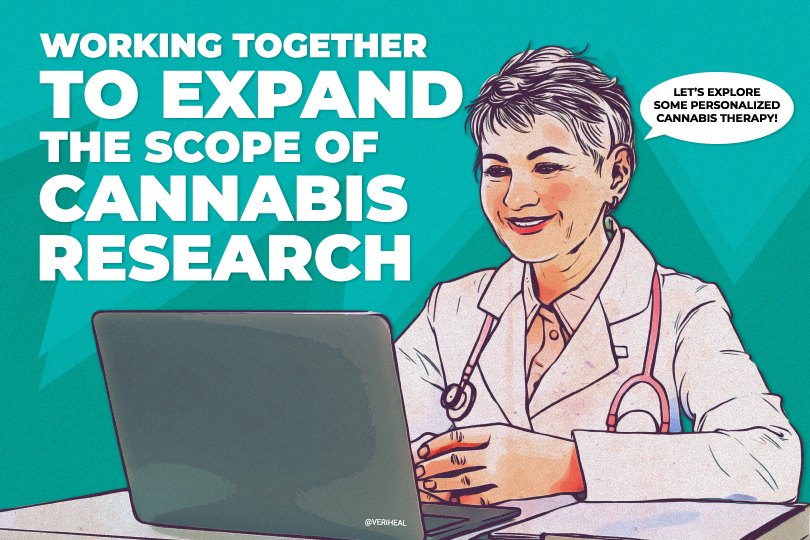