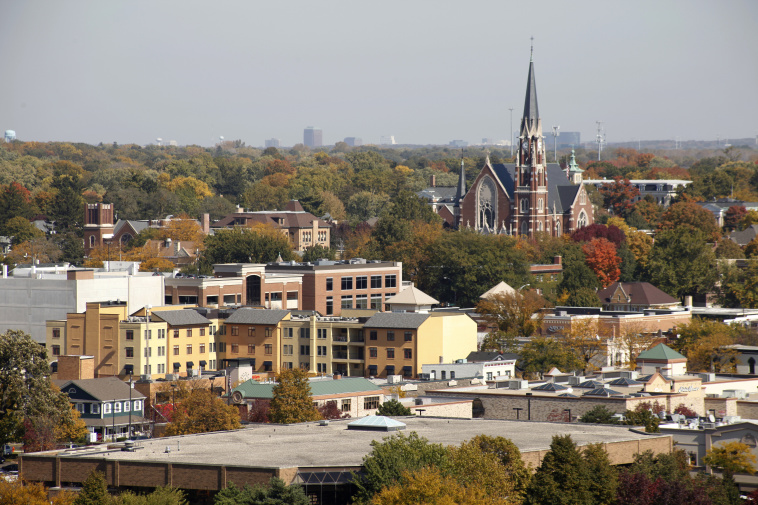 Looking to make an appointment to get approved for medical marijuana this week? Use Veriheal to find licensed cannabis doctors in Naperville that can get you approved in no time. The process is simple and secure – we’ll help you from start to finish.

Schedule a Consultation With One of Naperville's Top MMJ Docs

Naperville is a town in the counties of DuPage and Will in the U.S. state of Illinois and a Chicago suburb. Naperville was established in 1831 and developed as the fourth largest town in Illinois, 28 miles south of Chicago. The town had a population of 141,853 as of the 2010 census, which by 2017 was estimated to have risen to 147,682.

Naperville was listed as the richest town in the Midwest and the 11th richest town in the country in a 2010 research evaluating towns with populations exceeding 75,000. USA Today and Business Insider ranked it among the safest towns in the nation. In 2006, Money magazine elected Naperville the second-best location to reside in the United States and Kiplinger ranked it first on the list of highest early retirement towns in 2013. In 2015, it was named one of America’s largest educated towns with over 50,000 inhabitants. In Illinois, medical marijuana is a legal pot purchased from a certified distributor by a qualified patient or caregiver. Former Gov. Pat Quinn signed the Compassionate Use of Medical Cannabis Pilot Program Act in August 2013, which legalized medical pot cultivation, sale and use in the state. In September 2014, Illinois began accepting requests for patients, suppliers and growers, and the following November, dispensaries began doling out grass. Later, in July 2016, Gov. Bruce Rauner signed a bill extending the state’s medical pot program to 2020.

Where Do I Buy Medical
Marijuana in Naperville, Illinois?

Where Do I Buy Medical
Marijuana in Naperville, Illinois?

There are great places to visit while in the influence of medical marijuana in Naperville, these are:

Morton Arboretum: A 1,700-acre living museum with a wide variety of trees, shrubs and plants from all over the globe. Throughout the year, the arboretum is accessible to tourists to explore and enjoy its beauty throughout each season. There are many events and activities that the whole family will enjoy at Morton Arboretum, such as the Art of Bonsai, the Craft Beer Festival, Mystery Dinner, and Illumination: Tree Lights at the Morton Arboretum, a one-mile outdoor walking tour through the winter woods that bring to life innovative projections, lights, and music.

Blackwell Forest Preserve: A highly famous 1,266-acre preserve that voted one of the finest in the western suburbs. Visitors can camp there, have a picnic in one of the fields designated, or even go fishing for catfish, rainbow trout, or largemouth bass. The picnic area has tables spread across the grassy region, while the more adventurous can explore a variety of flora and fauna to get closer and more personal. The trails are great for walking, jogging, cycling, cross-country skiing, or riding on horseback.

Cantigny Park: Five hundred acres of adventure are waiting for you in Cantigny Park, and there are many activities taking place all year round. Some of these include a Date with History, which guides tourists through photos and artifacts from the local history of the area, and Artistry in Wood, which shows artists ‘ woodworks throughout the state. Other fun things to look forward to are Family Kite Night, where during the annual Spring Bulbs Festival you can fly your best kites with the family, or take a walk through the budding gardens. The award-winning gardens also have their own golf course, two historic museums, and four dining-in restaurants.

Find a Dispensary in Naperville

After a Veriheal doctor approves you for medical marijuana in Illinois, you'll be able to access local dispensaries in Naperville.

After a Veriheal doctor approves you for medical marijuana in Illinois, you'll be able to access local dispensaries in Naperville.