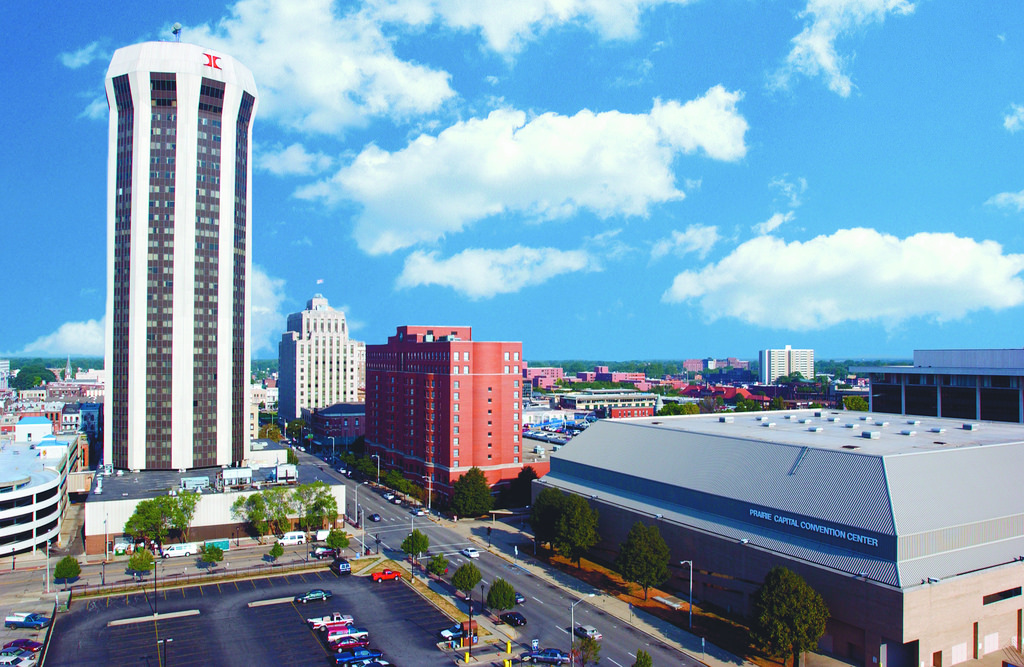 Looking to make an appointment to get approved for medical marijuana this week? Use Veriheal to find licensed cannabis doctors in Springfield that can get you approved in no time. The process is simple and secure – we’ll help you from start to finish.

Schedule a Consultation With One of Springfield's Top MMJ Docs

Springfield is the capital of the Illinois country of the United States and the Sangamon County county seat. By 2013, the population of the city was estimated to have risen to 117,006, with just over 211,700 residents living in the Metropolitan Statistical Area of Springfield, which includes Sangamon County and the adjacent Menard County. Springfield proper is greatly based on a grid street system, with numbered streets starting with the longitudinal First Street which leads to the Illinois State Capitol and leading to 32nd Street in the far eastern part of the city. Springfield was home to a broad range of people who contributed to the wider American culture in one manner or another.

In Illinois, medical marijuana is a legal pot purchased from a certified distributor by a qualified patient or caregiver. Former Gov. Pat Quinn signed the Compassionate Use of Medical Cannabis Pilot Program Act in August 2013, which legalized medical pot cultivation, sale and use in the country. In September 2014, Illinois began accepting requests for patients, suppliers and growers, and the following November, dispensaries began doling out grass. Later, in July 2016, Gov. Bruce Rauner signed a bill extending the state’s medical pot program to 2020.

Where Do I Buy Medical
Marijuana in Springfield, Illinois?

Where Do I Buy Medical
Marijuana in Springfield, Illinois?

There are great places to visit while in the influence of medical marijuana in Springfield, these are:

Abraham Lincoln Memorial Garden: The garden started formally on November 14, 1936, when soldiers from Girl Scout and Boy Scout planted the first acorns that have since grown into towering oak trees. The Abraham Lincoln Memorial Garden has been maintained mainly by volunteers and community members since its founding, working hard to maintain the 100-acre site, which features 6 miles of peaceful walking paths interspersed with wooden benches, each inscribed by Lincoln with a distinct quote. The memorial garden is intended to depict the landscape with which Abraham Lincoln would have lived in the Midwest during his lifetime, featuring and exhibiting plants indigenous to Kentucky, Indiana, and Illinois.

Vachel Lindsay Home: The Vachel Lindsay Home, longtime home and birthplace of famous poet Nicholas Vachel Lindsay, is located moments south of the Executive Mansion and is a two-story house built before the Civil War. Lindsay, best known for his unique poetry, accompanying artwork and animated performances in the early 20th century, had two works that stand out in popularity above the remainder: the Congo, released in 1914, and the 1938 Collected Poems. The house was purchased in 1878 by Lindsay’s dad and added to the National Register of Historic Places in 1972 by the Vachel Lindsay Home.

Find a Dispensary in Springfield

After a Veriheal doctor approves you for medical marijuana in Illinois, you'll be able to access local dispensaries in Springfield.

After a Veriheal doctor approves you for medical marijuana in Illinois, you'll be able to access local dispensaries in Springfield.