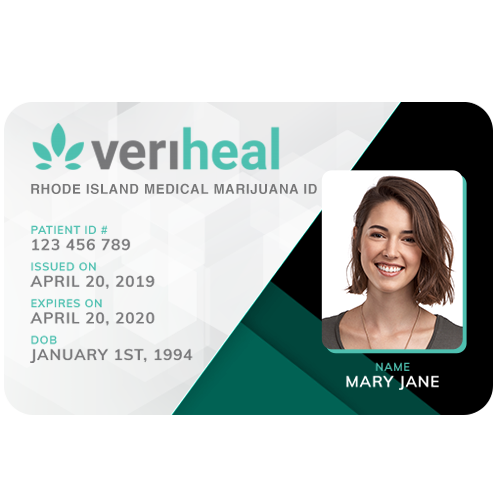 Meet With a Medical Marijuana Doctor in Rhode Island

It looks like we are not currently helping patients in Rhode Island to get their medical marijuana cards. However, you can easily join our waitlist to be notified when we're booking appointments in your state.

You can also take advantage of our Personalized Consults as an Rhode Island resident to better understand how cannabis and CBD may be helpful to you.

How to Get a Medical Marijuana Card in RI

Do not hesitate to reach out if you need assistance with getting an appointment set, our team would be more than happy to help.

Consult with a doctor for 15 minutes to evaluate your ailments, and ask any questions you may have about medical marijuana treatment. After the appointment is complete, the doctor will fill out a recommendation form for medical marijuana and approve you. Once you have this you can then use that to apply to the state.

Once approved, the doctor will mail you a Practitioner Form, aka your medical marijuana recommendation. You need to forward this form to the RI state office along with the state fee and required documents listed on the state application.

The state will get back to you within 14 days to come in and take a photo for your medical cannabis card. You get the card right then and there. Once your card is in hand, you can visit a dispensary and begin purchasing marijuana legally.

Rhode Island patients will need to be re-certified annually by a licensed physician. Veriheal will get in touch with you when your certification is approaching its expiration to help you setup a renewal consultation.

About Cannabis in Rhode Island

With only a C+ as the overall grade for its statewide medical cannabis program, according to Americans for Safe Access (ASA). Little Rhody could be offering much more to the 17,994 registered patients who depend on the state for medical relief. ASA’s grade is based on patient rights and civil protection, ease of navigation, access to medicine, and functionality. Rhode Island’s medical cannabis program became effective in 2006. Two concerns that should be addressed in 2021 are the high price of medical cannabis and the discrimination against patients who are state employees.

While Rhode Island is working out its kinks, the C+ could turn into a B if the New England state takes some suggestions. “In 2020, the state expanded its number of licensed retailers, adding six new licenses to improve patient access,” reports ASA, a Washington-based organization. “The state also introduced proposals for state-run cannabis retail facilities in 2020, an effort proposed by a few other states in previous years that were unsuccessful due to the conflict of federal and state cannabis laws.”

According to the Rhode Island Monthly, the Plantation State’s recreational stance on cannabis sways with political opinion. However, no matter whose point of view, numbers don’t discriminate.

Adult patients and patients younger than 18 must meet certain requirements for DOH approval. For minors, the patient’s parent or legal guardian must be designated as their caregiver and/or authorized purchaser.

Residents of Rhode Island who have been diagnosed with a qualifying debilitating medical condition have the right to obtain and use medical cannabis if they have received a physician’s written certification form.

Along with having a qualifying condition, a patient must also be able to prove they are a Rhode Island resident with a current state driver’s license or identification card, or any other state accepted proof of residency. Once approved, a patient must pay a $50 card registration fee, which is reduced for residents who are on  SSI, SSD, Medicaid, or U.S. Military veterans.

A Rhode Island caregiver, like a patient, must be a resident of the state and able to prove they are with a current driver’s license, state identification card, or another state-approved document. The caregiver must undergo a criminal background check in order to be approved. Once designated by a patient, and approved, a caregiver can purchase medical cannabis on behalf of those they assist. Rhode Island only allows one caregiver per patient.

Rhode Island possession and cultivation laws for both patients and caregivers are the same. Either can possess up to 12 mature plants if they are cultivating cannabis personally, or have up to 2.5 ounces of smokeable flower. Said plants have to be stored in an indoor facility.

Yes. You need to submit proof of residency with your application to the state.

How can I find a registered physician in RI?

No need to worry. We provide the Rhode Island physicians for you.

How do I apply for a medical marijuana card in Rhode Island?

The first step is to get certified for medical marijuana treatment by a doctor. After you are approved, you’ll submit an application to the state and once you have a card in hand, you can begin purchasing marijuana legally.

Fill out the form at the top of this page and we can get you approved in no time!

No, you can not. You can only get approved for medical marijuana from a practitioner that has registered with the Rhode Island medical marijuana program. And for that, we provide you a physician so you do not need to go through your primary care physicians.

Yes, it does! RI now allows people with chronic pain to be approved for medical marijuana use.

Are there different kinds of medical marijuana?

There are many different strains of medical marijuana that provide different types of relief. Our registered physicians will be able to recommend different options.

What is the cost?

The cost is $199 and that covers your medical evaluation, your consultation with a licensed Rhode Island practitioner registered with the state, and an authorized certification for medical marijuana purchases. For $379 you and a friend or family member can both get your cards for a nice little discount.

Where are the dispensaries in RI? Is there a dispensary near me?

Once I get my card, what type of medicine can I buy from RI dispensaries?

RI has one of the most diverse medical marijuana programs, allowing all patients access to a variety of medical cannabis options. Products include dry cannabis flower, pre-rolls, vaporizers, concentrates and extracts, tinctures, topicals, and edibles.

Places to visit in Rhode Island After Enjoying Your Medicine

Colonial towns along the seashore are quintessential to this New England state, also famous for two major U.S. cities of Providence and Newport. While Providence reflects the past of the colonial period, Newport depicts the wealth of the early 20th century displayed in dozens of mansions. Beyond the cities, Rhode Island touts Narragansett Bay and three state beaches including Roger W. Wheeler, East Matunuck, and Scarsborough. Colt State Park in Bristol also boasts scenic landscapes on the shoreline. And if that is not enough, Block Island and Mohegan Bluffs are two awesome Rhode Island regions filled with lighthouses and coastal cliffs. Next time a trip to the dispensary is due, take a detour along the way to any of Little Rhody’s best places below.

The Rhode Island capital, and home to Brown University, Providence is where locals and visitors for some solid state history and East Coast education. Host to the Arcade, America’s first shopping mall founded in 1928, Providence also has the 40-acre Roger Williams Park Zoo, where kangaroos, giraffes, and elephants reside along with dozens of other wildlife. The four-acre Waterway Park and Riverwalk, famous for annual basin fires along the waterway, is another popular Providence spot, along with Federal Hill, a large Italian community famous for food and fun.

The Cliff Walk, Breakers, and Thames Street are three of Newport’s hottest spots for locals and visitors of all ages. If not getting some local fudge or stain blown glass on Thames Street, patrons peruse the many Newport mansions from a backyard view on the Cliff Walk. Speaking of mansions, the most notable of all, the Breakers, which was commissioned in 1893. Considered the “cream of the crop” in summer cottages, the quintessential northern Italian style mansion decked out with gold ceilings and marble, has up to 70 rooms for visitors to explore.

Whether climbing the Southeast Lighthouse or climbing the 150-foot clay cliffs of the Mohegan Trail, Block Island is where locals and visitors share some of Mother Nature’s most beautiful Atlantic Ocean scenes. Also called “Home of the Killer Donuts,” Block Island also offers a drink along the water at the Oar, notably called the Margaritaville of Rhode Island. If all that island fun was not enough, hang out with some exotic animals to end an adventurous day in the Rhode Island region.