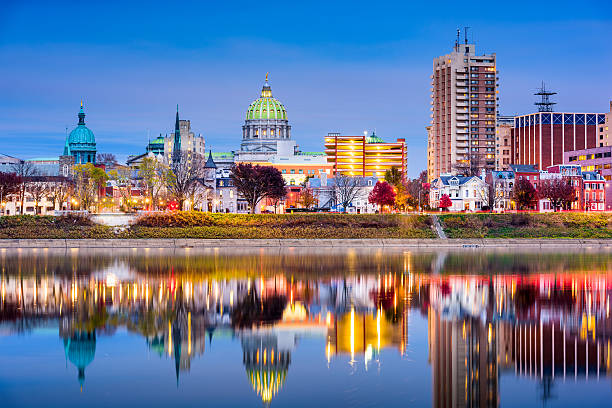 Looking to make an appointment to get approved for medical marijuana this week? Use Veriheal to find licensed cannabis doctors in Harrisburg that can get you approved in no time. The process is simple and secure – we’ll help you from start to finish.

Schedule a Consultation With One of Harrisburg's Top MMJ Docs

Harrisburg is the U.S. Commonwealth capital town of Pennsylvania, and Dauphin County county seat. With a population of 48,904, it is the Commonwealth’s ninth-largest town. It lies on the Susquehanna River’s eastern bank. Cannabis is allowed for medical use in Pennsylvania. The Department of Health of Pennsylvania has updated its list of authorized doctors to certify patients to engage in the Medical Marijuana Program of the state.

Where Do I Buy Medical
Marijuana in Harrisburg, Pennsylvania?

Where Do I Buy Medical
Marijuana in Harrisburg, Pennsylvania?

To get your medical marijuana card in Pennsylvania, you will need to sign up with the state and receive a patient ID number. This is instantly verified and synced with your PA driver's license number/ID. Once you get the physician’s recommendation, it is time to go to the Pennsylvania Department of Health website and fill out this form with capital letters. A fee of $50 must be submitted along with the physician details and certification information. The Medical Marijuana Card will arrive in your mail and you will be able to purchase cannabis legally from a dispensary of your choice in PA. Veriheal has a great resource to help you find all of the dispensaries in your area.

There are great places to visit while in the influence of medical marijuana in Harrisburg, these are:

Whitaker Center: Located on Market Street, the Whitaker Center for Science and the Arts is the most significant art, culture, education and science center in Central Pennsylvania. The 130,000 square foot center was opened in 1999 and comprises three venues: the Harsco Science Center, the Select Medical Digital Cinema and the Sunoco Performance Theatre.

Fort Hunter Mansion and Park: A preserved mansion and park of the 18th century with walking paths on Harrisburg’s North Front Street. The mansion is sitting on a bluff overlooking the river Susquehanna. The mansion offers professional guided tours from May to December.

Spring Gate Vineyard: Winery and vineyard owned by a family close to Harrisburg. The vineyard was first launched in 2010, sitting on 60 acres of farmland owned by only three families since the 18th century. The estate dates back to the Revolutionary War and the estate is surrounded by lovely areas, orchards, streams, and wildlife.

Find a Dispensary in Harrisburg

After a Veriheal doctor approves you for medical marijuana in Pennsylvania​, you'll be able to access local dispensaries in Harrisburg.

After a Veriheal doctor approves you for medical marijuana in Pennsylvania, you'll be able to access local dispensaries in Harrisburg.