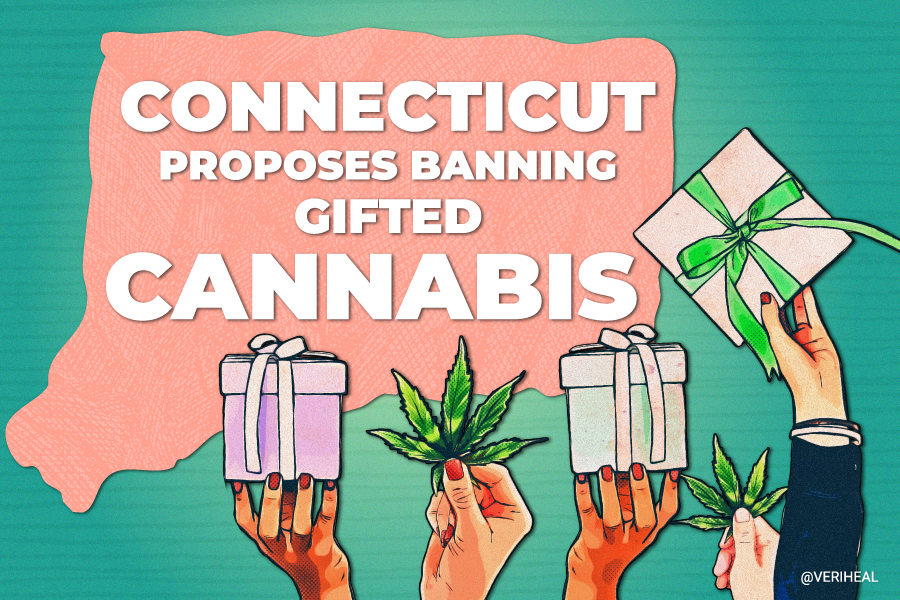 Connecticut’s General Law Committee has proposed a bill that would no longer allow Connecticut residents the option of gifting cannabis to family, friends, or strangers. Naturally, cannabis advocates and supporters are dismayed at the potential changes.

If approved by the Committee, the proposed bill will be forwarded to the state’s House for final consideration. Should it pass, anyone convicted of gifting cannabis—of any sort and in any amount—could face fines up to $10,000 and as much as a year in prison.

Gifting Cannabis: Should It Be Allowed?

Picture this: You hear that your neighbor has cancer and is in need of some relief, so you give them a cannabis tincture you made at home. “Thank you so much; I look forward to trying this,” your neighbor exclaims. “I can’t afford it and don’t know how to make it.” “That’s okay—I’ve got you covered, and when you’re ready to learn, just let me know,” you reply. Unbeknownst to both of you, a nearby resident witnesses the transaction and notifies the police, who soon thereafter storm the grounds.

Most people would agree that a transaction like this doesn’t meet the qualifications for arrests, fines, and jail time. So why is it being proposed? In truth, the government is less concerned about the act of gifting than it is about the lack of taxes being collected on the transaction, as one of the primary motivations for cannabis legalization is revenue for the state. House Minority Leader Vincent Candelora told media sources, “…now the state has a vested interest in taxation so every transaction they’re going to want to tax.”

Cannabis gifting has become central to certain gray areas of the industry, such as Washington, D.C. In these spaces, people will often “give” cannabis alongside a highly overpriced item to get around cannabis sales laws. Of course, gifting is also legal in many fully legal states. In Colorado, for example, you can gift up to 28 grams of cannabis as long as the person receiving it is 21 years of age or older. The same can be done in Oregon, California, Nevada, Maine, and Alaska, just to name a few.

The Real Issue at Hand

While understandable that state governments are concerned about benefitting from the cannabis programs they legalize, many question whether cracking down on gifting is really necessary. In states with legal programs, the majority of cannabis transactions are happening at dispensaries.

Even going back to the fictional anecdote of providing your neighbor with a tincture, it’s highly likely that you would have purchased the cannabis to make the tincture at a state-licensed dispensary. If you made the tincture with homegrown cannabis, you still likely bought the seeds at a dispensary and paid taxes on those.

If you purchase a TV at the store, you pay taxes on it. If you then give that TV to your friend, they obviously are not then expected to contribute taxes to the good a second time. So why is this expectation being placed on cannabis transactions? The majority of cannabis advocates view the issue like this: If a legal purchaser covers the required taxes on a cannabis product, what’s the harm in then sharing that substance with someone else of legal consumption age? Neither party involved deserves such crippling fines or jail time.

Issues like this one are going to continue arising as the old cannabis market and the new legal industry slowly merge. It’s all about finding the balance between providing safe, accessible spaces for cannabis consumers and ensuring that the revenue from regulated operations contributes to state growth and infrastructure. One thing is certain, though: Punishing citizens for gifts is likely not the answer.