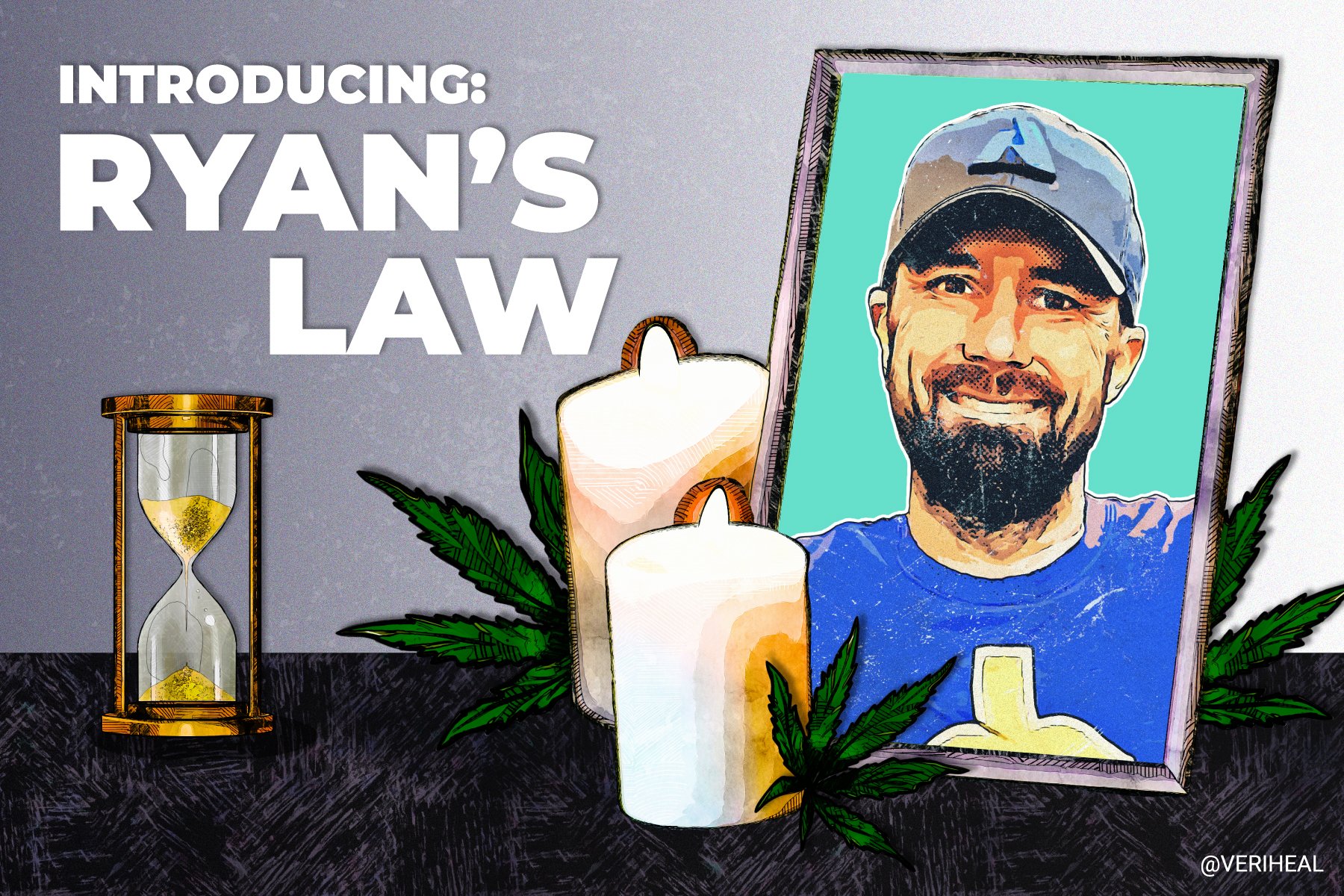 For terminally ill patients living out their final days, cannabis can make a world of difference–but they’ve traditionally faced barriers attempting to use the plant medicine in hospital settings. That changed for patients in California on Tuesday, Sept. 28 when Gov. Gavin Newsom signed a bill known as Ryan’s Law requiring hospitals in the state to allow terminally ill patients access to medical cannabis for treatment and pain relief.

The stack of scientific studies supporting the medical benefits of cannabis grows larger by the year. However, the majority of U.S. hospitals currently prohibit the ingestion of cannabis on-site regardless of the treatment it can provide for patients—particularly those in hospice. This is because of the Federal Drug-Free Workplace Act of 1988, which requires federal grantees to provide a drug-free workplace in order to receive federal funding.

The existing conflict between cannabis research and laws raises questions about whether cannabis should be treated like other medicines. It’s reasonable to prevent patients from smoking cannabis around others who may have compromised lungs, but should patients also be forbidden from consuming cannabis-infused edibles, capsules, or topicals while in the hospital? That was the question Sen. Ben Hueso, D-Calif., sought to answer when he first proposed Ryan’s Law.

The Story That Sparked the Fire

California resident Ryan Bartell was just 41 years old when he received the life-altering news that his body was battling stage IV pancreatic cancer. For the father, all-state runner, and former member of the Coast Guard, Ryan Bartell’s diagnosis was nothing short of devastating for himself and his family.

Ryan Bartell failed to see much improvement in the hospital despite the heavy doses of morphine and fentanyl doctors provided him for his crippling pain. After about four weeks of consistent opioid use, he requested cannabis instead. Because of most hospitals’ anti-cannabis regulations, he was forced to relocate to a Washington hospital to use medicinal cannabis.

According to Ryan Bartell’s father, Jim Bartell, his condition improved drastically with the aid of cannabis, granting him a decent quality of life in his final weeks. Jim Bartell told media sources,

“He went from being asleep most of the time with fentanyl and morphine to being alert and being able to communicate, text, talk to friends, have visitors, while he was on the cannabis medicines.”

After Ryan Bartell lost his battle with cancer seven weeks after the initial diagnosis, his father launched into action advocating for a change to the rules preventing hospitals from allowing cannabis for the patients who need it most. Enlisting the help of Hueso, Jim Bartell began exploring the possibility of allowing terminally ill patients access to cannabis without jeopardizing federal funding.

Upon learning from the Centers for Medicare & Medicaid Services (CMS) that there were no existing regulations specifically addressing the use of cannabis in medical settings, Hueso began working on the Compassionate Access to Medical Cannabis Act, or Ryan’s Law. “While medical cannabis has been proven to help with reducing nausea, vomiting, and pain, hospitals in our state are expressly prohibited from providing it to patients,” said Hueso.

In early September 2021, the California Assembly and Senate passed the bill with overwhelming support, sending it to the desk of the governor for final approval. Although Newsom vetoed a similar bill in 2019 due to concerns that it “would create significant conflicts between federal and state law,” he offered up his signature this time around, finalizing the new law.

The bill will “require specified types of health care facilities to allow a terminally ill patient’s use of medicinal cannabis within the health care facility,” contingent on the patient providing a medical marijuana card. Smoking and vaping cannabis as well as using cannabis in emergency rooms will continue to be prohibited, but California patients are welcome to other forms of cannabis use.

An Optimistic Outlook for Hospice Care

The passing of Ryan’s Law marks a victory for patients in California, but many other terminally ill patients in the U.S. are still awaiting their own wins. Jim Bartell and Hueso’s efforts demonstrate the possibility of working around the difficult rules and regulations that hospitals are pinned down by, which could inspire other states to initiate their own reforms.

Many hold the justified stance that denying terminally ill patients access to cannabis that could help them immensely is cruel, regardless of illegality. Ryan’s Law spearheads a long-awaited initiative to prioritize the health and wellbeing of citizens over outdated laws and restrictions. Should other states follow California’s example, we may just get to see a whole new era of healthcare.