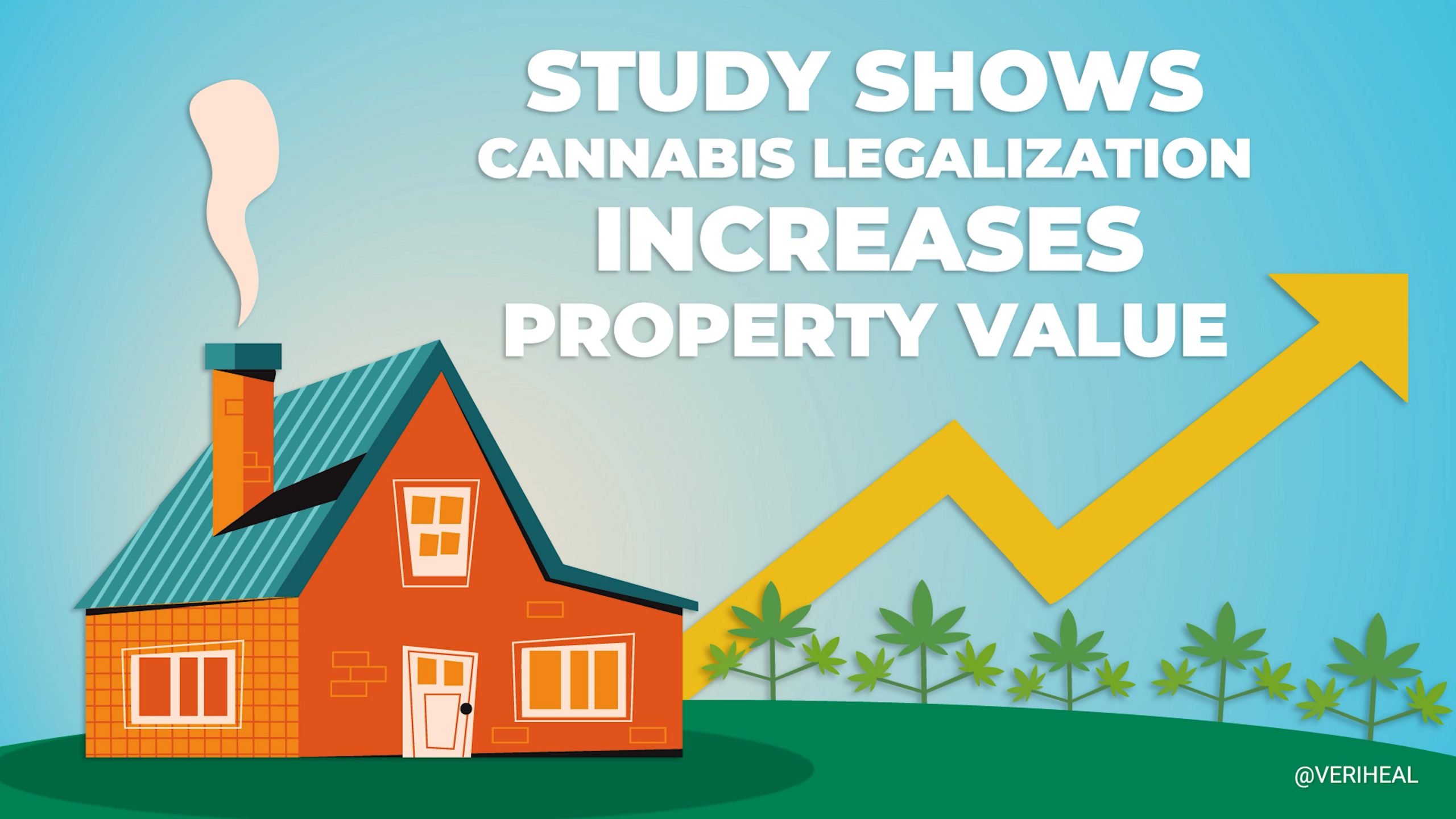 This is Lo with Veriheal keeping you up to date with the latest in cannabis news.

If you were scared that marijuana legalization would decrease your home value, worry not!

A new study by Clever Real Estate used data from Zillow, and the US Census among others to explore the relationships between residential property value and cannabis legalization.

Further, recreational states that add retail dispensaries see better gains than states that limit use to medical only.

Some key takeaways from this study discovered that:

So, if you’re in the market to buy a home, definitely consider looking into a state with legal cannabis.

Next in news, Ohio might soon be one of the next states to consider legalizing recreational cannabis

The measure proposes legalizing up to five ounces for possession for adults 21 and older, allows up to 12 plants for home cultivation as well as expungement for prior cannabis convictions

Upchurch stated, “ This bill is more than just about legalization, it’s about economic and workforce development, it’s about decriminalization, and it’s about healthcare! The time is now, and I look forward to getting this done in a bipartisan fashion.”

So, if you’re in Ohio, stay tuned!

Federal cannabis legalization might finally have a substantial financial backing

Billionaire Charles Koch, the CEO of Koch Industries who is known for funding various libertarian and republican causes, recently announced that he’d be putting $25 million of his $45 billion fortune toward helping influence cannabis legalization

In an interview for Forbes, he stated, “It should be the individual’s choice. Prohibition is counterproductive. It ruins people’s lives, creates conflict in society and is anti-progress. The whole thing never made sense to me.”

While the uncertainty remains for Sen Schumer’s federal legalization proposal, will Charles Koch be the hero that sways the much needed Republican vote?

Let us know your thoughts!