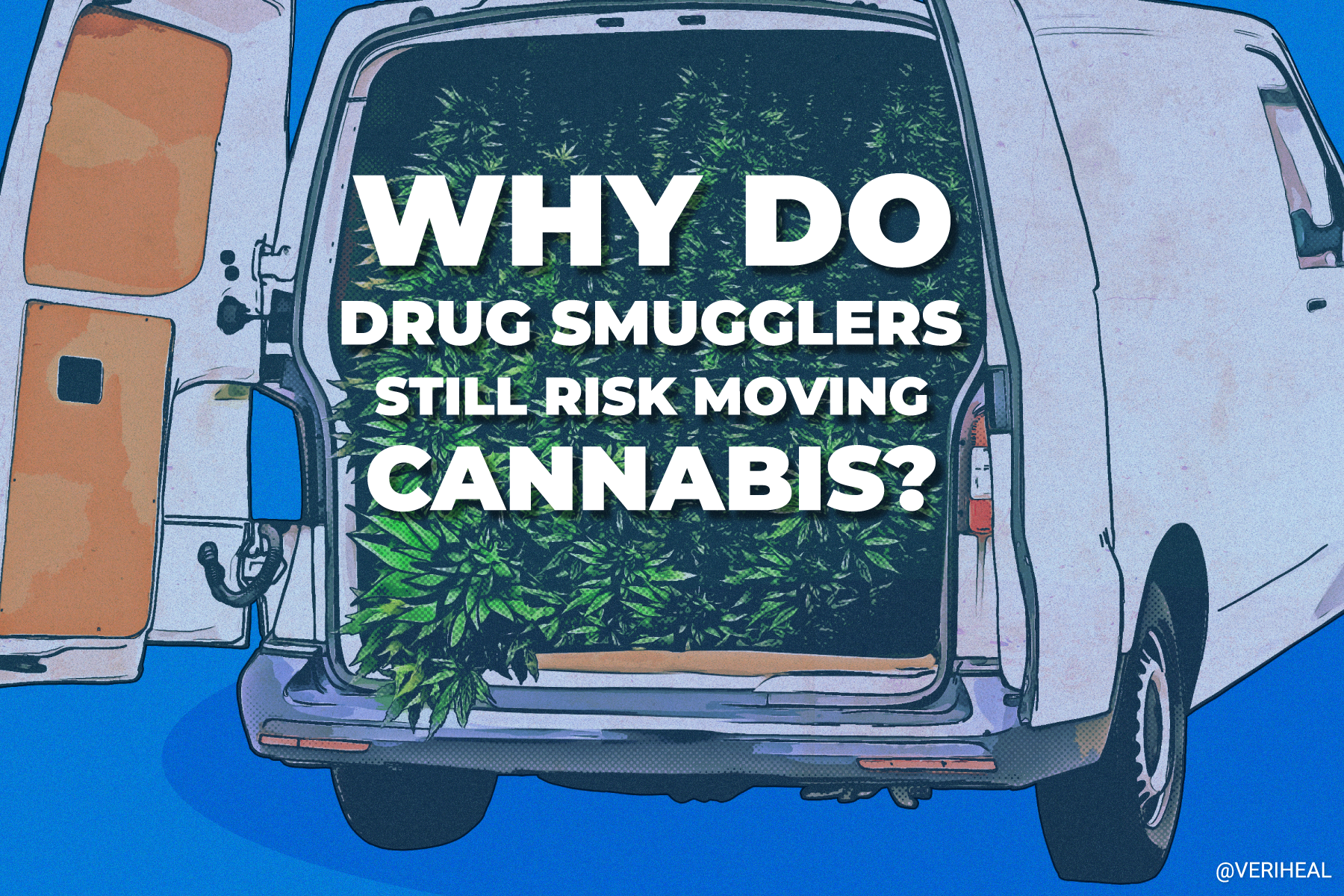 In early December, U.S. Border Patrol agents seized 900 pounds of cannabis—worth an estimated $704,592—that was attempting to make its way across the borders from Mexico to America at the Rio Grande river. Despite the increasing cannabis legalization in the U.S., the issue of illicit cannabis smuggling is still very much alive.

Prior to the onset of legalization in America, a good amount of illicit cannabis came from Mexico. It was often called brick weed because it was compressed into bricks using compactors, and consumers had to deal with undesirable items like seeds, stems, birds, mice, and whatever else happened to be in the cannabis when it was pressed.

What does this even mean? The price for cannabis by the pound changes state-to-state and depends on quality and quantity. To risk smuggling in 900 pounds of cannabis at just over $700 a pound seems hardly worth the risk. Cannabis from Mexico has historically been not of the best quality, and current outdoor prices per pound for cannabis in California and Colorado are cheaper than the prices from this bust.

Drug Cartels Aren’t Making Their Green on the Green

You don’t have to be a Border Patrol agent to know that Mexico’s claim to fame in the drug world isn’t cannabis. Cartels are making all their money via the demand for cocaine, a drug that is still legal everywhere. You can get a pound of weed in the U.S. for around $1200 to $4000 on the black market, and it can be even cheaper with the right connection and when purchasing enough. In comparison, legal sellers in Oregon and other places are barely getting $400-$500 a pound for cannabis.

Meanwhile, cocaine has room for markup. Current estimates place the value of cocaine between $1800 a kilo in South America to upwards of $34,500 or more per kilo in New York City. There’s a lot of meat on that bone when it comes to the lucrative world of drug trafficking, so paying $700 a pound to maybe get $1400 for it hardly seems worth it in comparison.

If the U.S. federal government were to end its outdated prohibition against cannabis, perhaps issues of attempted smuggling would cease to exist. I mean, after all, it hardly seems like it’s worth going through all that trouble when better weed at a lower price is available legally.

During the seizure of the nearly 900 lbs. of cannabis, no remark was made regarding the quality of it. Was this hydroponically grown cannabis worth $4,000 a pound, or was it just brick weed that would barely fetch $200 a pound on the streets? The federal government is notorious for escalating the value of street drugs.

Why are all drugs illegal? While some pose serious health risks for users, others—like cannabis—are widely enjoyed and even used as medicine by people from all walks of life. Thus, drugs need to be addressed much differently than they have been in the past up through the present. Lawmakers in the U.S. mistakenly felt that by simply banishing legal access to these drugs, they could control what society consumed.

Society had other plans and has continually participated in the consumption of recreational drugs. Advocates looking to end the war on drugs suggest that America has spent more than $1 trillion to enforce drug policy in the U.S. It’s estimated that $50 billion a year go toward the war on drugs, with only less than 10% of those drugs being confiscated and destroyed.

It would seem that places such as Oregon have set an example the rest of America may look into following. You don’t have to make drugs completely legal. But by decriminalizing drug possession in certain amounts, positive things can happen instead of the negative theories many people jump to. Just imagine if the U.S. were to end federal cannabis prohibition—it would make it virtually a waste of time for someone in another country to attempt to smuggle cannabis into the U.S.