Home News Everything You Need to Know About Cannabis Labor Unions

Everything You Need to Know About Cannabis Labor Unions 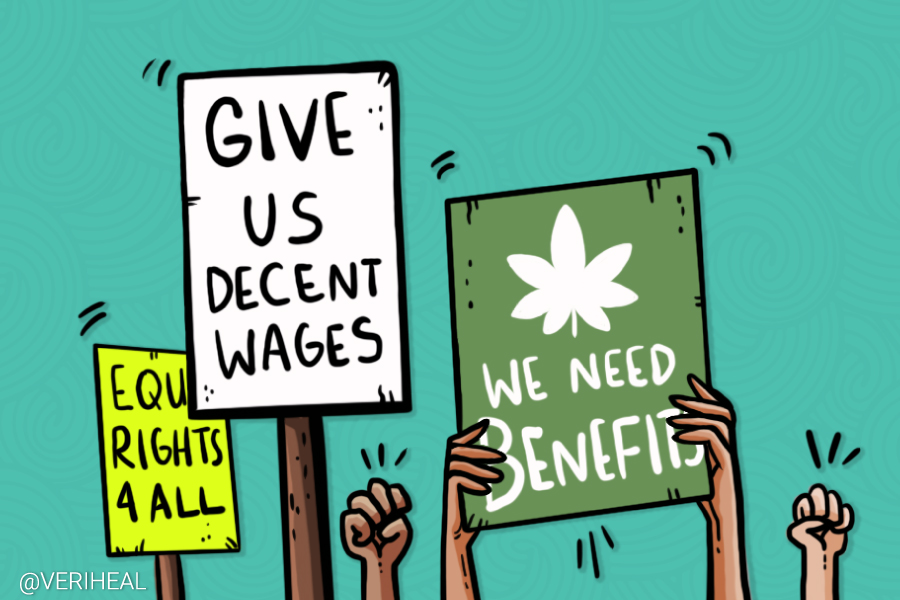 Labor unions have existed in one form or another since the birth of the US. Unions were created in an effort to protect the working population from abuses such as sweatshops and unsafe working conditions. The first hundred years of U.S. history saw relatively little in the development of labor unions. A few were organized in scattered fashion, but many of those simply disbanded after they had achieved their goals. The National Labor Relations Act guarantees private-sector employees the right to form labor unions. The act also gives unionized employees the right to strike and to bargain jointly for working conditions.

As the Cannabis Industry Continues to Grow, So Do Union Memberships

With the cannabis industry expected to grow to a $75 billion dollar industry by 2030, cannabis labor unions across the country are becoming more popular. Like unions in other industries, they organize members and offer access to group health insurance, provide legal compliance and other legal assistance, in addition, unions often provide discounts to members through partnerships with businesses.

There’s no question that unions will continue to play a role in the U.S. labor force for decades to come. When unionized, cannabis workers have ended up negotiating annual raises, health insurance subsidies, and higher-than-average wages, according to the United Food and Commercial Workers (UFCW) International Union, which has been organizing cannabis workers across the country since 2011.

UFCW represents members in the cannabis industry predominantly in dispensaries, coffee shops, bakeries, patient identification centers, hydroponics stores, and growing and training facilities. As a key leader in coalitions and advocacy groups, they work for real change at all levels of policy. UFCW has been instrumental in working to advocate for the jobs provided by the medical cannabis industry. UFCW is now the “most powerful cannabis union” in the country, representing more than 10,000 workers in 14 states.

Matthew Utecht, President of UFCW Local 653 and Jennifer Christensen, President of UFCW Local 1189, released a statement recently stating, “It’s time for every community in Minnesota to realize the incredible benefits that unions bring to this emerging sector. In the past year, we’ve negotiated contracts that brought strong wages, affordable health care and the retirement security of a pension to everyone who works at Minnesota Medical Solutions, the only union provider of cannabis medicine in our state.”

United Cannabis Workers (UWC) is a union comprised primarily of independent workers, self-employed workers, businesses, and business owners working in the cannabis industries. It offered most of the benefits and resources found in other unions to anyone working in the industry. UCW also created the very first National Cannabis Workers Pension Fund. Founded by Scot Bennett, a Los Angeles resident – Bennett is clear that he’s not a fan of old school union tactics and would never ask UCW’s members to strike or confront their bosses head-on.

It’s unusual for a company to advertise the fact that its employees are unionizing. But in the legal cannabis industry, that’s normal — a sign that the company is a legitimate business, and not a shady operator growing in someone’s garage. It seems that unions’ long history of mediating better wages, safe working conditions and access to resources is an ideal opportunity for cannabis workers.

Great article on this current problem. In NJ can we talk to a doctor and could they approve the requirements please respond. Thanks Scott

I am looking for current number of cannabis workers who are members of UFCW. If possible, can you state the numbers of cannabis workers represented by other unions – such as Teamsters, UWC, etc. I have looked for 2 hours and cannot find this info. Thanks in advance for your efforts, Peter – retired letter carrier and union activist member of S.E.MA Merged Branch 18, NALC.