Home Lifestyle What are Plant Growth Regulators and How Safe are They?

Ponder this… How much do you know about the cannabis you consume? Do you know how it was grown and what was used while it was growing? Do you know who the grower is and where it was grown? It may surprise you that many people are unable to answer these questions. However, when it comes to cannabis, thorough understanding and context is everything. Some growers even treat cannabis buds with plant growth regulators (PGRs). We often purchase or opt for more dense buds, and chances are that those buds have been exposed to PGRs.

What are Plant Growth Regulators?

PGRs, Plant Growth Regulators, are any substances or mixtures which can be used to speed up or slow down the rate of growth in plants by targeting physiological actions that then change the natural behavior of the plant. Naturally, when we move away from the path of nature, there tend to be some effects- depending on the product. Cannabis cultivation is challenging as it is, so growers often make use of products or substances to enhance and grow better cannabis plants.

The main function of PGRs is to mimic or inhibit the plant’s normal growth hormones during the growth cycles. PGRs can have an impact on when fruits ripen and also the length, width, and shape of the plant’s roots, stems, and leaves. It’s time consumers start asking the right questions to ensure not only the best value for their money but more importantly to minimize risks to health.

For cannabis, PGRs are likely commonly used to increase the plant’s health and resistance to fungus but often at a cost of flavor and visual appearance. More extreme risks of PGRs include risks of liver damage, cancer, and infertility when people consume cannabis exposed to PGRs. But can the same be said for all PGRs? Are all the substances this risky? In short, no. Not all PGRs are harmful. Let’s find out why.

Just like with cannabinoids, there are naturally-derived PGRs but there are also synthetic PGRs. The sad reality behind PGRs is that they are often being used by growers who care less about harm and more about the money they will be getting from selling the “boosted” buds.

Much like the fashion industry, the cannabis industry has assisted in creating a rather unrealistic standard of beauty in terms of the buds. Consumers are expecting buds to be dense, tightly packed, and even orange or some other color. They believe that those standards are what determines quality from growth- however, this is not really the case. Indicators and standards of beauty and quality in buds are actually grounded in the levels of terpenes and cannabinoids contained in the bud since it’s why cannabis is consumed in the first place.

As with most things cannabis-related topics, the safety and efficacy of PGRs depend on some factors. Those factors include: how is the PGR being administered and at what dosages, is the PGR product organic or synthetic as well as the extent of the impact of the PGR on the plant.

How is it that PGRs can have such an impact on buds? Well, simply put, the PGRs have an impact on the phytohormones-which are the plants’ hormones. These phytohormones play a key role in the growth and development of the plant. The plants’ hormones are also regulated naturally through environmental cues, receptors, and genome. The five major phytohormone classes include gibberellin, auxin, cytokinin, ethylene, and abscisic acid. PGRs are used to manipulate those hormones.

The growth process is divided into stages where each of these hormones serves an important purpose. 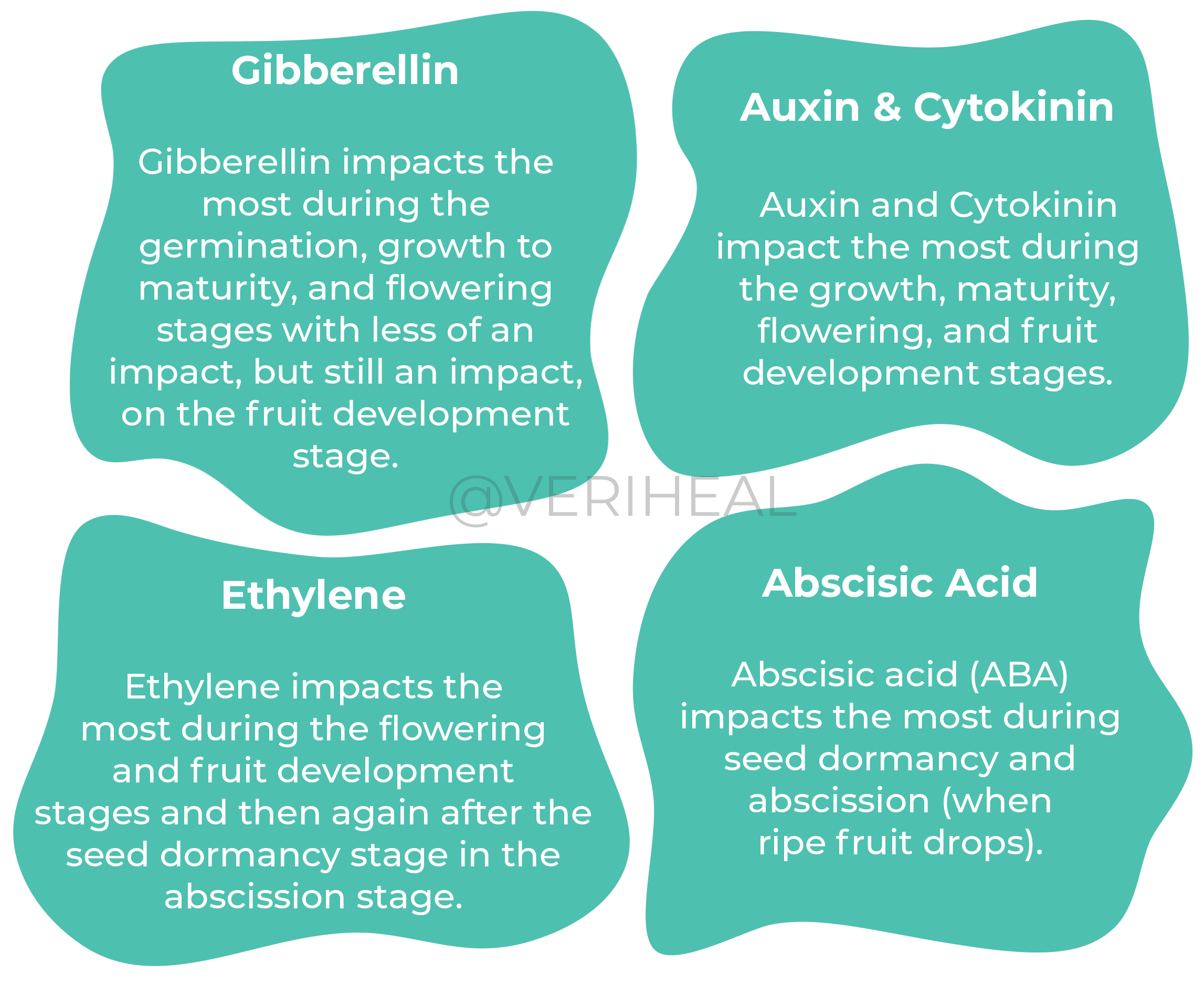 Keep in mind that the fruit, in terms of cannabis, is the buds we harvest. Then we look at the plant’s hormones in terms of this process and we will find the following:

How are PGRs Applied

PGRs can be applied or administered, in a variety of manners which include spraying the plant, drenching it through the soil, or even by ‘sprenches’ – where high volume sprays where the solution is applied to both the foliage and growing substrate, as well as soaking. Sprays are one of the most common methods of applying PGRs but without careful consideration, can lead to different results amongst crops as plants need different amounts of time to take in the active ingredients of PGRs. Another common method of applying PGRs is by mixing it into the water of the plant and then drenching the soil so that the roots may take up the substance.

When you see the words synthetic before anything, you should already be approaching with caution. Synthetic means that it was man-made using chemicals, compounds, or materials that imitate natural products. If we have learned anything at all about the difference between synthetic and organic products is that the synthetic versions are often accompanied by less effective as well as adverse or undesired side-effects. With that in mind, let’s have a look at some of the synthetic PGRs on the market:

As mentioned before, not all PGRs are harmful or dangerous but most of the PGRs being used are synthetic- which is dangerous and harmful. Organic PGRs such as those listed below, are naturally found in our atmosphere and are not risk or problematic to use- plus the fact that organic PGRs will boost your plant with the only extra cost being to your wallet. Wouldn’t you want to make use of a PGR that is best for your plants and for its consumers? Natural PGRs include:

The reason why people are interested in PGRs is pretty obvious. Bigger buds mean more revenue. But it’s often the case that people forego safety and health in pursuit of more profit. Do not be afraid to ask and inquire about the nature of your product’s growth. Ask the questions before you run the risk of suffering the consequences to your health.

However, if you were to use an organic PGR, which may cost you more money but still bring in more clients, your cannabis plants will still benefit from being naturally boosted without the looming worry which often accommodates synthetic PGRs. These plant growth regulators are so commonly used, that the best question may not be whether PGRs are being used, but rather whether what PGR is organic or synthetic.

Great article! I suspect that the medical suppliers in Connecticut are using some version of PGR.
Can organic pgr be detected by testing?

Cannabis Gender: How to Tell if Your Plant is Male or Female 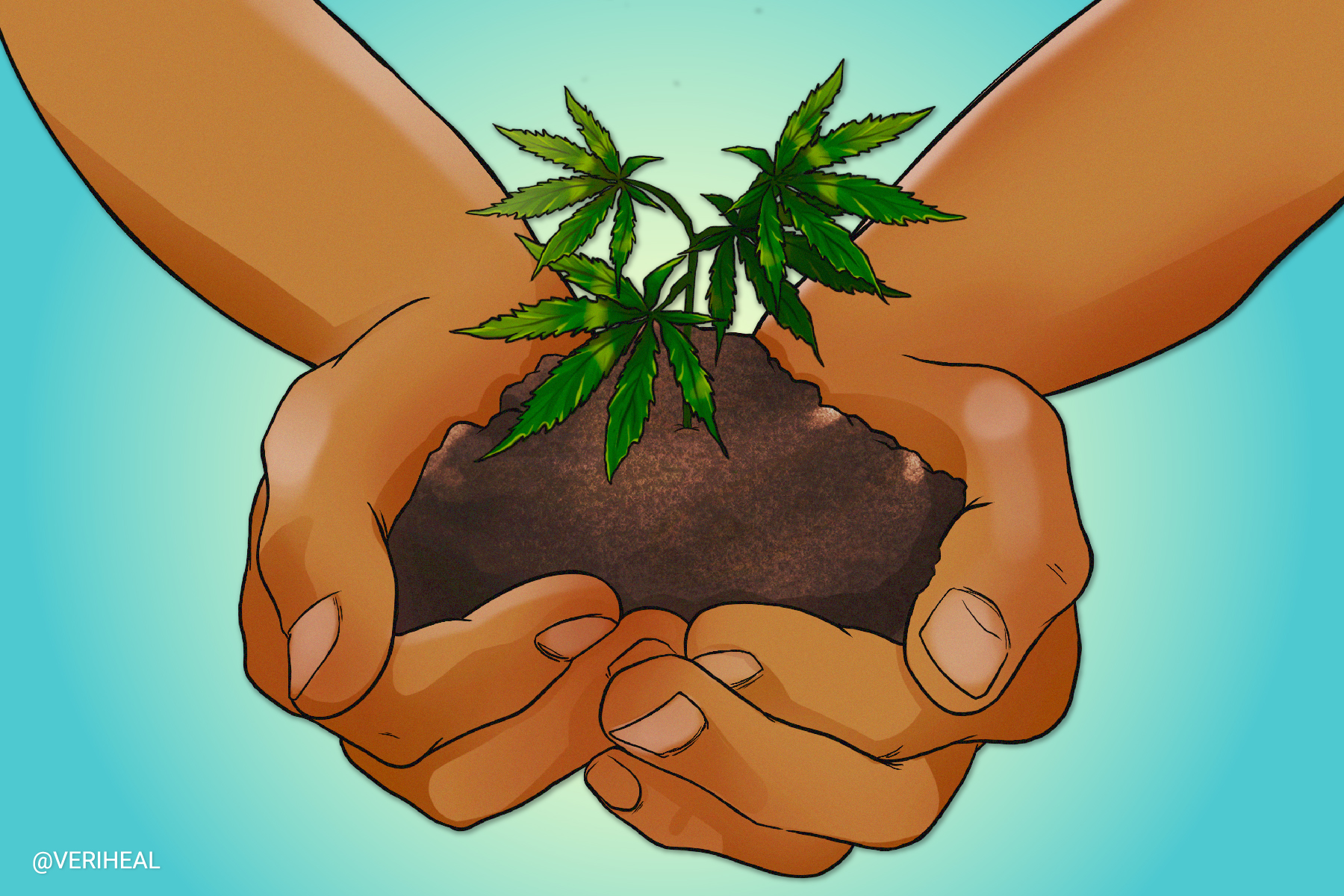 A Review of the Various Growth Stages of Cannabis Cultivation

Growing Techniques: Sea of Green vs. Screen of Green