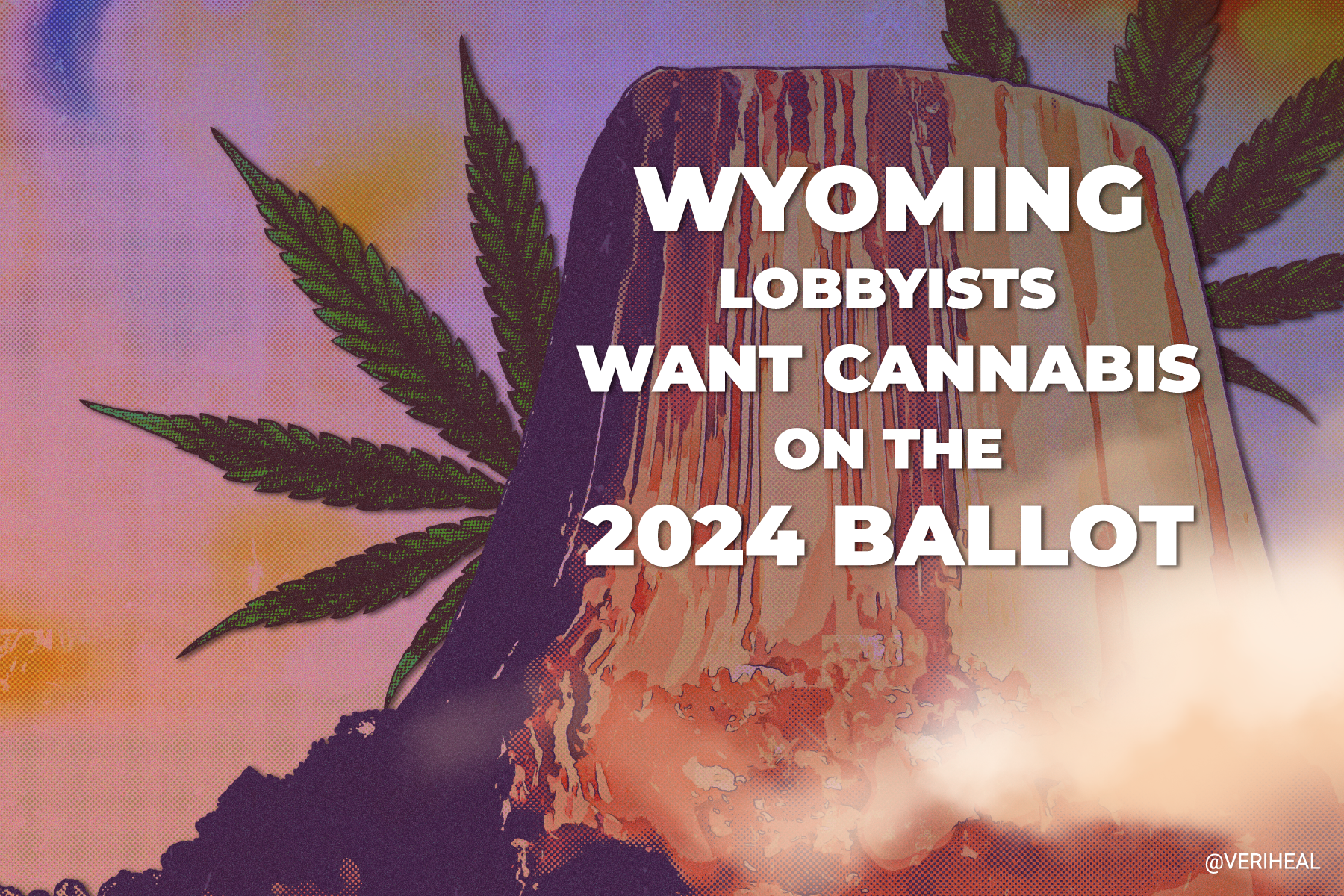 Wyoming may not have joined the 37 U.S. states that have legalized cannabis in some form, but advocates have continued to work hard on cannabis legalization and decriminalization proposals.

National Libertarian Party members went down in history last July when they submitted two cannabis-related ballot initiatives. Unfortunately, the 2022 ballot deadline was missed due to the signature threshold not being met in time. Now, pro-cannabis groups have their sights set on 2024.

Many cannabis-centered proposals have already been debated in the Legislature, with lawmakers going as far as to discuss the idea of allowing medical cannabis consumption or decriminalization to be voted on via referendum. According to chief strategist for Wyoming’s cannabis decriminalization campaign, Apollo Pazell, teams could have been encouraged to gather signatures through the holiday season, but that the uncertainty was “too much.”

There are two years still to go until the 2024 ballot takes place. Due to the abundance of time, it’s likely that cannabis legislation in Wyoming could attract enough support to pass by then.

A bill to legalize and regulate adult-use cannabis in Wyoming managed to fly through a House committee in March of last year. However, it struggled to gain momentum in the legislature by the session’s end.

The National Libertarian Party and Wyoming NORML are supporting the state’s cannabis-focused citizen initiatives. The ballot process is particularly tedious for lobbyists in Wyoming, since cannabis legalization measures demand tens of thousands of valid signatures in order to gain approval. For example, the previous initiatives to legalize cannabis in Wyoming required a total of 41,776 signatures per measure no later than February. Additionally, each signature would have needed to come from a registered voter.

Last month, Bennett Sondeno of Wyoming NORML spoke on his concerns regarding the February deadline. Despite these concerns, he wasn’t too perturbed at the thought of missing the threshold. Rather, the avid cannabis supporter stated that a January 2023 deadline would be more feasible to ensure that Wyoming’s legalization initiatives face a fair vote at the 2024 ballot.

“We will push for legislative action this session and next, and fall back to the 2024 election if the legislators refuse to pass something workable,” said Sondeno. Sodeno has personal experience seeing the benefits of medical cannabis work for a loved one. His late friend Bill used medical cannabis to ease his pain before his death caused by being exposed to Agent Orange during his time serving in the Vietnam War.

“I said, ‘Bill, if you’re dying, would you consider trying cannabis?’ and he did. He took all these drugs he was taking and quit them cold turkey, which I am not suggesting, but he managed to survive four and a half years after he should have died. Cannabis changed his life,” claims Sondeno.

Despite the demise of last year’s cannabis reform efforts, activists are keeping the dream alive with their latest legalization bills. Both the medical cannabis legalization bill and the cannabis decriminalization bill feature language from the two cannabis-related ballot initiatives submitted in 2021. For Wyoming’s new medical cannabis proposal, patients would be legally permitted to purchase and possess a maximum of four ounces of raw cannabis flower. In addition to this, qualifying patients would be limited to obtaining 20 grams of “medical marijuana-derived products” using a doctor’s prescription within a 30-day period.

Over a dozen different qualifying conditions would be featured on the eligibility criteria for medical cannabis in Wyoming, such as cancer, dementia, glaucoma, HIV, multiple sclerosis (MS), and Parkinson’s disease (PD). Cultivation would also be allowed, so long as it is cultivated for personal use and does not exceed the limit of eight mature plants. Should Wyoming’s medical cannabis measure attract enough signatures and be successfully passed into law in 2024, business licensing would be dealt with by the Department of Revenue’s Liquor Division. Rules pertaining to licensing would be hashed out by July 1, 2023.

The separate decriminalization measure introduced by cannabis activists in Wyoming seeks to reduce fines for people who are caught in possession of the plant. For example, someone who is caught in possession of four ounces of cannabis would not be threatened with incarceration but instead, would be required to pay a small fine. First and second offenses would be deemed a misdemeanor punishable by a $50 fine. Cannabis impairment—depending on the circumstances—could also come with a fine of $50. Someone who is charged with a third offense, as well as any subsequent offenses, would be required to pay a $75 fine. Furthermore, cannabis cultivation would be punishable by a $200 fine. Possession exceeding the four-ounce limit would result in a $500 fine.

Wyomingites Are Getting Hungry for Legal Cannabis

Since a survey by University of Wyoming’s Survey and Analysis Center (WYSAC) found that 54% of state residents support adults in Wyoming legally possessing cannabis for personal use, things look promising for the signature-gathering process.

“We do believe that the fact that the initiative has collected the amount of signatures it has in the two months that teams were on the ground will show the legislators that the appetite is there and hopefully will result in action from them,” expressed Pazell, adding that, “we have had multiple legislators, including some conservatives, who have told us that their constituents are asking them to reconsider their opposition. We are hopeful.”

I am a male aged 60.I was diagnosed with Parkinson”s at 57. I had some symptoms for a few years before diagnosis; stiff achy right arm and ankle, right hand tremor when typing, tiredness, body shivers, falls due to tripping. I was always active, bicycle riding to/from work daily and putting in 2 to 3,000 miles on my bicycle per year. During the 2022 pandemic I came across a herbal clinic on YouTube which caught my attention .I purchased the herbal products and used them for almost 5 month as they instructed. To my greatest surprise the herbal formula has successfully got rid of my Parkinson disease .They promise me total cure of my PD but did not believe because all my life i was told there is no cure for Parkinson diseases .Am a living proof that there a cure for Parkinson,many people are still suffering due to lack of information about this disease ,contact multivitamincare.org PD treatment.