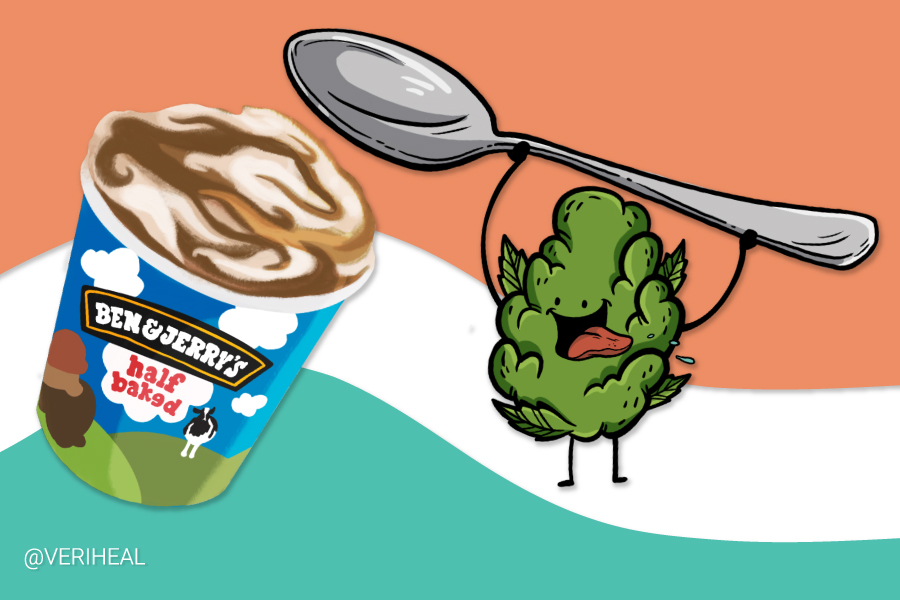 Ben & Jerry’s Ice Cream has become a world-wide sensation with flavors like chocolate fudge brownie. Some of the ice cream flavors are even named after legendary musicians such as Jerry Garcia of The Grateful Dead, who scored an ice cream named Cherry Garcia. Ben Cohen and Jerry Greenfield first started making ice cream in 1978. The delicious and chunky ice cream is not the only reason for the brand being known world-wide, they are also known for their determination to be a force of good through community involvement, environmentally sustainable practices and now they’re taking a stance with justice in the cannabis industry.

The Ben & Jerry’s blog has been blowing up due to their blunt and brutal honesty concerning justice in the cannabis industry Many regular consumers of cannabis purchase their favorite flavors of ice cream in anticipation of satisfying their cannabis-induced munchies. Since cannabinoid compound infused products continue to expand world-wide, the United States decision to add the compound known as cannabidiol (CBD) will come into play as soon as cannabis is legalized at a federal level.

In 2019, Ben & Jerry’s released a statement urging the public to contact the FDA during the public consultation period on adding CBD in food. The reason for this is because the FDA regulators had plans to make use of the publics comments in order to inform the potential of making use of CBD in dietary supplements and in food while being under the watchful eye of the law.

Ben & Jerry’s ice cream has announced that they plan on producing and selling CBD-infused ice cream and it appears that they are looking into sustainably sourced CBD from a location in Vermont. This location is also where the childhood friends opened their first shop, which was in a renovated gas station in 1978.

According to the National Restaurant Association’s 2019 What’s Hot Culinary Survey, 3 out of 4 chefs identified CBD-infused food as a hot trend and that despite regulatory issues, restaurants are already  responding to the consumer demand for the infused food. The survey took to questioning 650 chefs in 2019 about trending food. However, since the FDA has not approved this hot-trend, many restaurants have turned to supper clubs which offer upscale cannabis-infused dished.  And just like those restaurants are working to satisfy consumers, so is Ben & Jerry’s.

The CEO of Ben & Jerry’s, Matthew McCarthy stated that “We’re doing this for our fans. We’ve listened and brought them everything from non-dairy indulgences to on-the-go portions with our Pint Slices. We aspire to love our fans more than they love us and we want to give them what they’re looking for in a fun, Ben & Jerry’s way.”

What Do They Have to Say About Cannabis Justice?

In the spirit of cannabis, Ben & Jerry’s published two articles on 4/20/2020. The focus of both articles was on cannabis justice. The articles take a blunt look on the inequality associated with the data surrounding white owned and black owned cannabis business owners. They stated that people of all kinds are in support of cannabis but pointed out that most of the people making money off of cannabis are white while most of the people getting arrested for cannabis are black. They state that we need to do better, which is quite apparent when you look at the statistics.

The articles reflected the numbers of 81% white-owned cannabis business with a shocking 4.3% of black-owned cannabis business. Contributing to those shocking numbers, black people are 264% more likely to be arrested in relation to cannabis than white persons, even in states where cannabis is already legalized. Ben & Jerry’s is shocked at the fact that so many people (around 693,000 in 2018) are still being arrested in states where cannabis has been legalized.

They state that “legalization without justice is half-baked”. This injustice became cause behind the ice cream flavor called “Half-Baked” and the company urges their fans to take action and tell the congress to pass the MORE Act (s.2227) by going to action.benjerry.com/420. They go on to conclude that,

“Legalization must have equity at its heart. That’s why we’re calling on Congress to support the MORE Act… We believe in cannabis legalization. But before we celebrate the gains the movement has made, let’s stand together and make sure that legalization truly benefits all of us”.