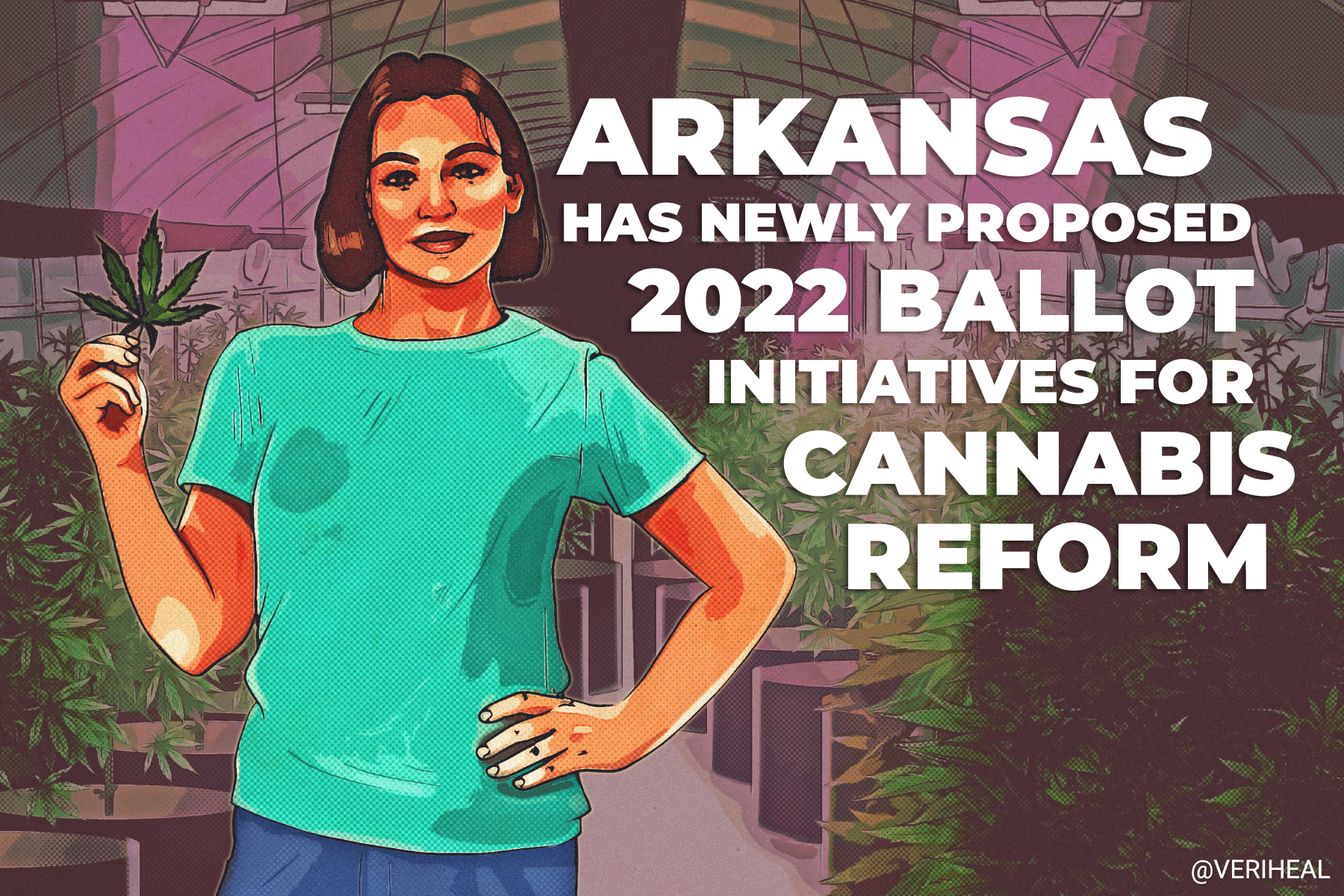 The fight to legalize cannabis in Arkansas has gained more gusto than ever before with a new group of activists lobbying to get a reform initiative featured on the state’s 2022 ballot.

Filed on Thursday, Nov. 4 with the secretary of state’s office, the latest legalization effort comes courtesy of Arkansans for Marijuana Reform. In an interview with Marijuana Moment, Campaign Director Melissa Fults said:

In the event that the campaign is featured on the 2022 ballot and successfully voted on, state residents would be able to legally use and buy recreational cannabis in Arkansas by February 2023. Before this can happen, Arkansans for Marijuana Reform must collect more than 89,000 petition signatures as well as have the state’s election commission approve their ballot title.

According to the legal language contained in Arkansans for Marijuana Reform’s proposed constitutional amendment, the measure seeks to legalize the consumption of 2 ounces of cannabis concentrates and 4 ounces of cannabis flower as well as the cultivation of six mature plants and six seedlings for personal use.

Program regulation would be dealt with by the state’s Department of Finance and Administration, which would also be tasked with distributing cannabis business licenses among successful applicants. The proposed rules stipulate that a minimum of one license should be issued per 15,000 residents and no individual could possess more than one dispensary license or cultivation license.

Moreover, it would be compulsory for the courts to excuse people with past cannabis-related convictions related to the possession of six plants or sales of up to 16 ounces. However, the courts would also maintain some judgment as to what type(s) of convictions could be considered for expungement from imprisonment and/or the restoration of voting privileges.

Support From Other Campaigns

If Arkansans for Marijuana Reform fails in its attempt to legalize adult-use cannabis across the state, all hope is not lost. The former minority leader of the Arkansas House of Representatives, Eddie Armstrong, is proudly fronting a cannabis legalization campaign to place a competitive measure on the state’s 2022 ballot.

The Democrat, who departed from his position in-office two years ago, is leading the newly created advocacy group Responsible Growth Arkansas. According to an official statement, the group will “advocate for the passage of an amendment to the Arkansas Constitution to allow the regulated sale of adult-use cannabis in the state.” However, specific details have not yet been released.

In addition to this, a different group of activists affiliated with Arkansas True Grass is already in the process of collecting signatures for a 2022 ballot initiative that would also develop a system of regulated sales for adults aged 21 and above. The group must gather 89,101 signatures by June 2022.

Their filed legislation, titled The Arkansas Recreational Marijuana Amendment of 2022, would make it possible for state residents to purchase a maximum of 4 ounces and cultivate 12 plants for personal consumption. If the group’s proposal is accepted and a majority vote is approved via a citizen referendum, individual municipalities would be granted the power to prohibit commercial cannabis operations from operating in their jurisdiction.

Although a cannabis tax rate has not been specified, the team has confirmed that 50% of tax revenue would benefit K-12 education and after-school programs, 40% would be designated for University of Arkansas cancer research/studies into medicinal cannabis, and 10% would be allocated for the state general fund. “This is going to increase tax revenue around the state,” said Jesse Raphael, spokesman for True Grass. “While the businesses may not see the direct benefit of that, they will indirectly see the benefit of that.”

During last year’s election, True Grass and Arkansans for Marijuana Reform failed in their attempts to get legalization initiatives featured on the ballot, mainly due to the fact that the coronavirus pandemic disrupted signature-gathering for both campaigns. Meanwhile, activists are striving to legalize adult-use cannabis across the nation, including South Dakota, Oklahoma, Nebraska, Ohio, Florida, New Hampshire, Maryland, Missouri, Idaho, North Dakota, and Wyoming.