Home Research Cannabis Induced Hangovers And How To Prevent Them

Cannabis Induced Hangovers And How To Prevent Them 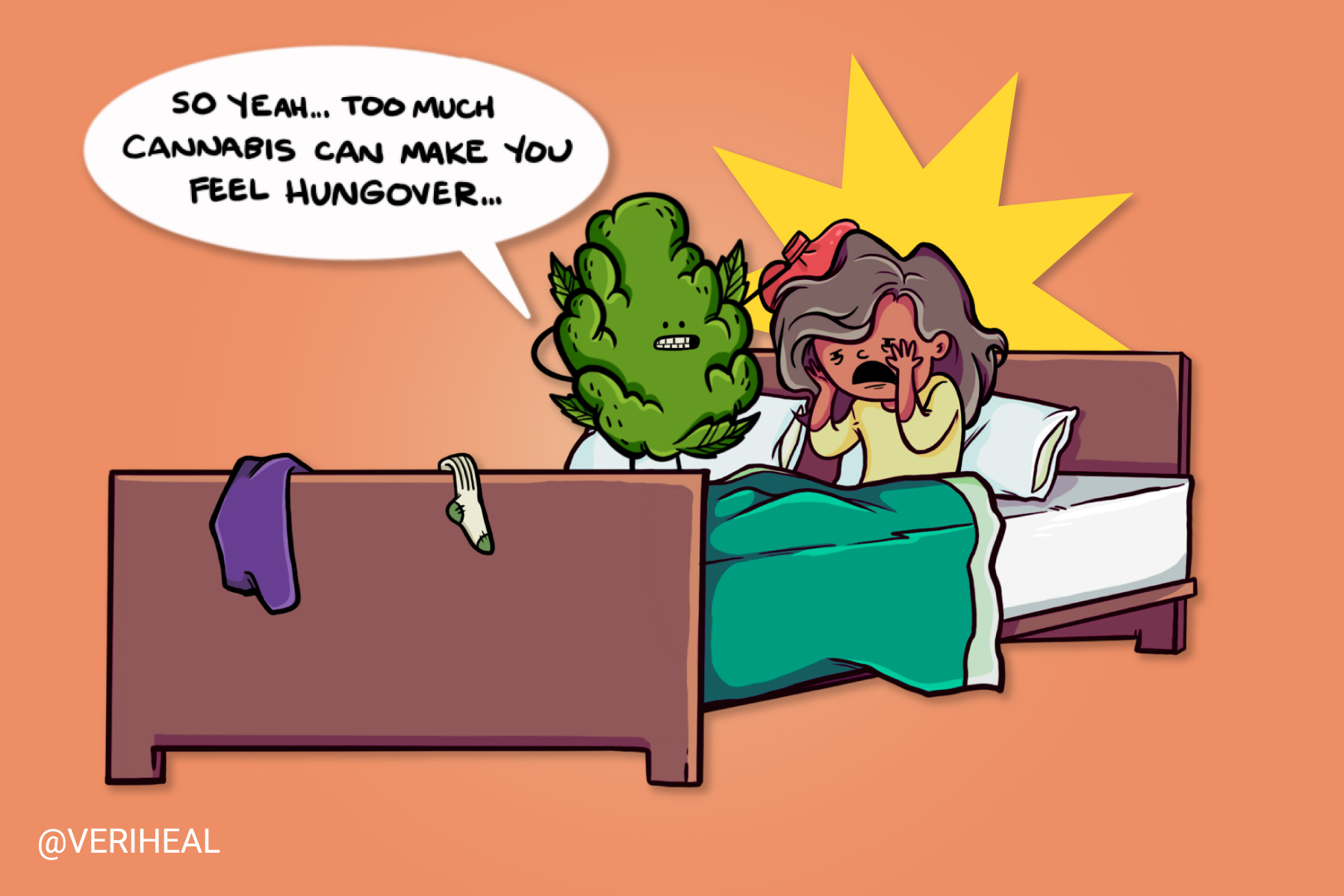 There are many debates over the validity of “weed hangovers” but anecdotal reports have found that individuals can experience hangover-like symptoms the day after having consumed cannabis. While more research becomes available on the effects of cannabis, it is clear that very little has been studied and understood about cannabis hangovers. Assuming that cannabis hangovers are a valid consequence of consuming cannabis, let’s explore what it might entail as well as how to prevent it.

What Are “Weed Hangovers”?

A hangover brought on by cannabis is not exactly the same as that brought on by alcohol, although many assume they would be the same when you see the list of symptoms. They also go on to explain that hangovers from cannabis are said to be more tolerable than those induced by alcohol. Either way, some similar symptoms present between alcohol hangovers and cannabis hangovers.

Even when taking measures to prevent a cannabis hangover, there are no guarantees. Despite that, let’s have a look at some things we can do to ensure that cannabis consumption will be least disruptive to the mind, body, and things to do during the following day.

How to Get Rid of Cannabis Hangovers

As with any other hangover, that of a cannabis one would go away on its own. However, waiting for that may be taxing. Therefore, one can take the following measures to assist with getting rid of the cannabis-induced hangover faster.

One needs to be able to turn to clinical research and trials to have more certain data about the cause and treatment of “weed hangovers”. Unfortunately of the very few that are available, they are quite contradictory and may end up being more confusing than anything else. So for now, it is best to take preventative measures to avoid possibly presenting with a cannabis hangover. If you think you may have experienced a “weed hangover” in the past, let us know in the comment section below.

Say BF, how’s it , just wondering what are some of the name of weed over there?

Hi RUE,
In South Africa we have much of a strain called Durban Poison, which has won awards at the Cannabis Cup. However, you can also find a lot of Malawi strains such as Malawi Gold as well as Swaziland cannabis including Swazi Gold and African Buddha.