Home Lifestyle The Risk of Mixing Cannabis and Alcohol Consumption

The Risk of Mixing Cannabis and Alcohol Consumption 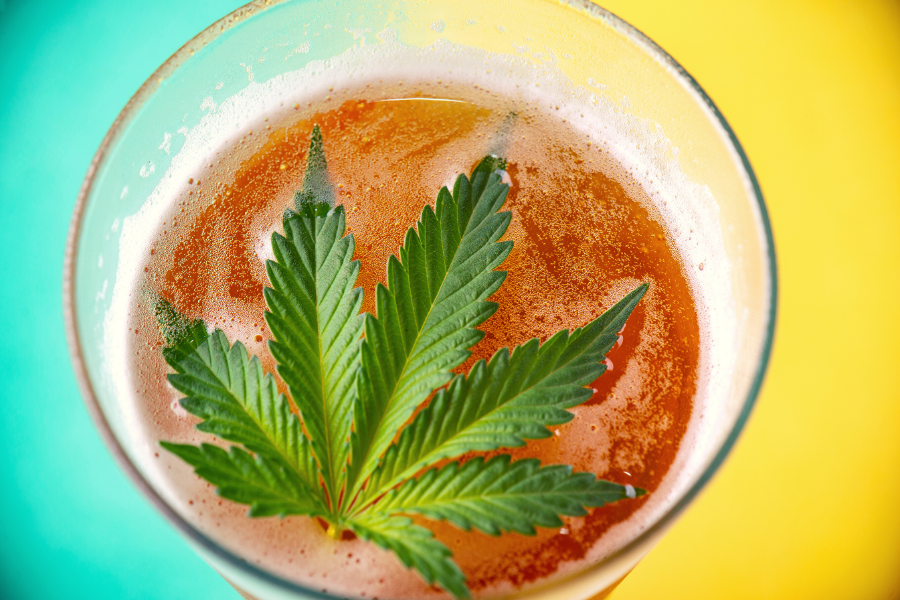 Many young adults have started to get into the hobby of getting crossfaded, otherwise known as mixing the use of alcohol and cannabis. This has always been a risky combination, but we are starting to finally understand the effects of mixing the two. It’s still unclear which of the two is safer, but we can all agree they are both enriching parts to any night out.  Overall it can be an exciting way to boost your night, but done excessively, on either end, could result in illness. It also depends on which activity you partake in first.

The Effects of Consuming Alcohol Before Cannabis

Let’s say you’re out drinking at a bar, and one of your friends invites you out to smoke a joint. The alcohol you’ve already consumed will open up your blood vessels in your digestive system and absorbs more of the THC from the cannabis. Under the right circumstances, such as how much you drink beforehand, could result in a fun night of feeling both high and buzzed. On the other hand, if you drink too much alcohol before you smoke, you could feel nauseous or dizzy soon after. This is known as “greening out” or “the spins”, and it happens because the alcohol enhances the high, causing one to feel an extreme level inebriation. Other symptoms of greening out include sweating, vomiting, and feeling the urge to lay down.

The Effects of Consuming Cannabis Before Alcohol

On the contrary, if you were to smoke some cannabis before you headed out to the bar, the results might actually surprise you. Smoking cannabis activates cannabinoid 2 receptors found inside the body and affects the speed at which you absorb alcohol. Interestingly enough, when you use cannabis before drinking, your body doesn’t get as drunk as it would as if ingested by itself. Cannabis alters the motility of the GI tract causing the blood alcohol level to be lowered that usual. In other words, smoking cannabis before drinking will lead you to believe you’re not as drunk as you are. Again, depending on how much you’ve taken of both substances, this could lead to either an amazing or awful night. If not done carefully by this method, you run the risk of potentially drinking too much, which has many risks of its own, including death.

What Are the Risks Involved?

No matter which one you do first, there are still plenty of common risks associated with combining these two. Cannabis, when consumed, has an antiemetic effect, meaning that the body won’t vomit as easily as normal. After a night out, if the body needs to discharge any unwanted substances, it will naturally vomit. This can pose a problem for those who smoke before the go out to drink. If the body doesn’t reject the toxicity inside it will hold it in and make you feel worse. Another risk from this is falling asleep on your back after a night out like this and involuntarily vomiting once the effects of cannabis have settled.

All of this depends on many elements of your social life. First, what is your tolerance to either of these substances? Just because you are mixing doesn’t necessarily mean you can consume and more or less than what you normally would. Also keep in mind the type and strength of the alcohol you are drinking, and how if you’re mixing between types. The last thing to be aware of is the time interval between substances. It’s recommended to wait for a little to feel the effects of one substance before combining it with anything else.

Of course, that is all just the negatives of the combination. There are no immediate benefits from the combination other than the heightened experience from successfully being crossfaded. It can be a dangerous combination, but when done under the right circumstances, and with the right knowledge, you could potentially have a care-free, fun night that you wouldn’t normally have.