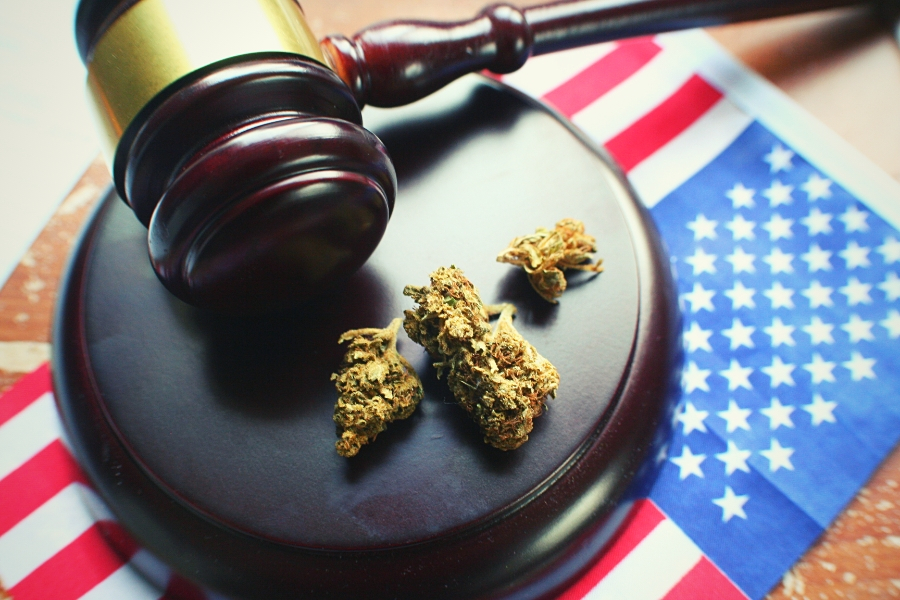 When vaping became a popular alternative to smoking cigarettes, many people decided to take up the habit despite not understanding much about the long-term effects. Marijuana companies have capitalized on this shift and have sold vapes with THC inside, also known as weed cartridges. Like vaping, many young adults started to use these cartridges, both recreationally and to kick a bad habit. Unfortunately, because cannabis is a federally illegal drug, there are no regulations behind the products. Many of these weed cartridges end up being tainted with unknown or harmful substances when sourced from the underground economy. This year we are starting to see the dangers associated with vaping.

This year, 29 people have died due to vaping-related illness. Over 200 people have reported some type of illness as a result of vaping on a regular basis. The only state to not be affected by this crisis is Alaska.

In response, over 800 cannabis industry leaders are signing a petition for Congress to deschedule marijuana as a way to control the crisis. This letter, led by the National Cannabis Industry Association (NCIA), argues that the only way to limit the number of vaping-related deaths is by federally regulating the THC cartridges. The cannabis industry realizes that people are not going to stop vaping now, so the only solution is to create a healthy, regulated environment with these products. Some of these cannabis companies include Leafly, Weedmaps, SPARC, 4Front Ventures, and many more.

The letter has been already been delivered to the House and Senate and includes five policy recommendations to further protect people from the unregulated underground market. These points include:

There are two problems that congress faces when making this decision. The first being that cannabis is the responsibility of the Drug Enforcement Administration, and not the Food and Drug Administration, which enforce quality-control standards for the products they oversee. The other problem is the fear of the underground market growing. Ironically enough, there’s already proof that some states (California) have underground economies that are still booming, despite the legalization of recreational marijuana. Despite these problems, the leaders in the marijuana industry understand something must be done before more people are affected.

“Make no mistake, the legal state-regulated cannabis industry knows that any death is one death too many,” the letter states. “Fortunately, we have policy tools that can be employed to help limit the illicit market, implement uniform good manufacturing practices and prevent future harms.”

If this petition is passed, it would mean legalizing marijuana across all 50 states. Currently, only 33 states and the District of Colombia have passed some law legalizing marijuana. It seems like a stretch to expect the federal government to legalize a substance that is illegal in a third of the country, but it seems like the only way to control the vape crisis before more harm is done.