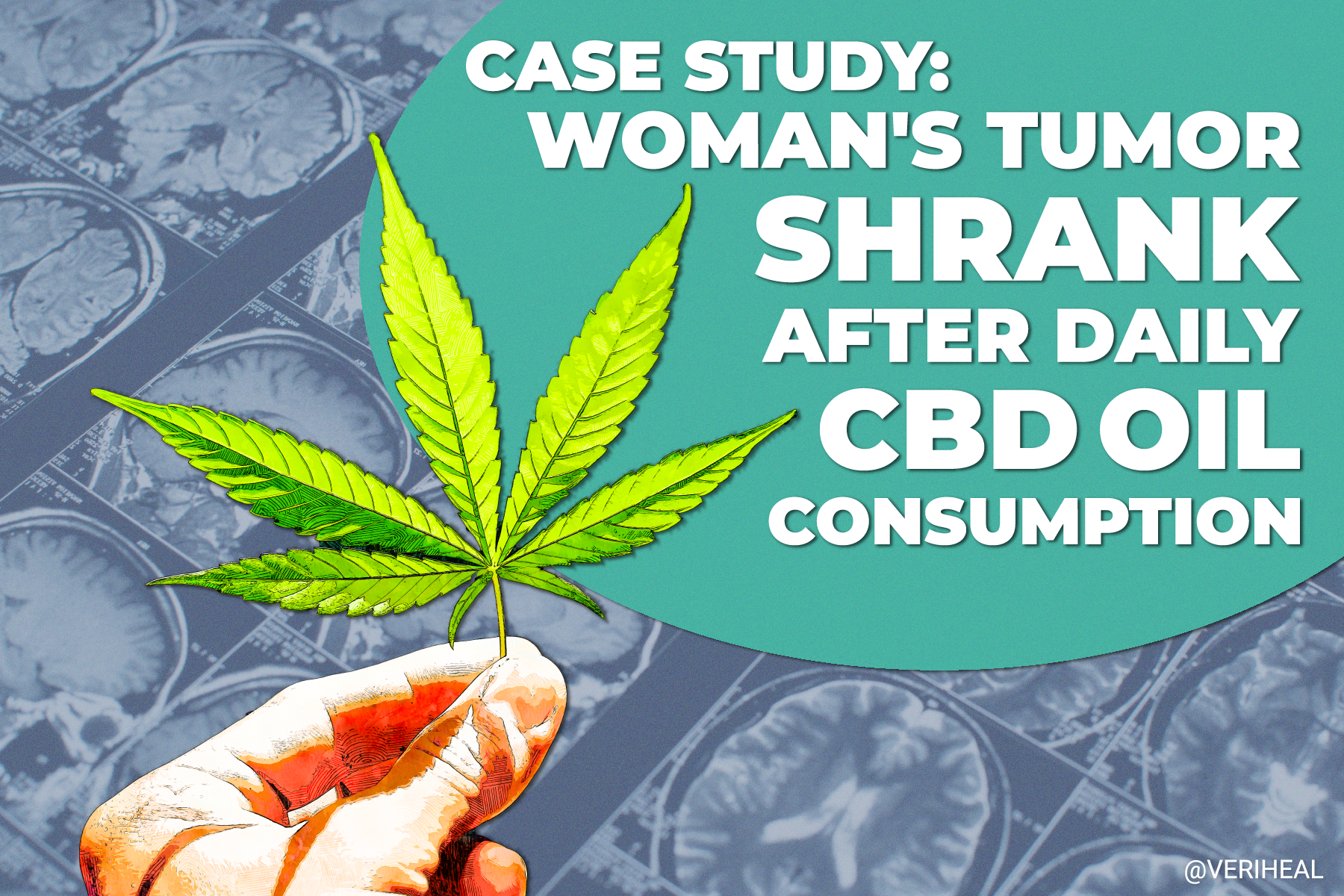 New research points to cannabis’ cancer-relieving properties. According to the recently published case study of a British woman in her 80s, a daily dose of cannabidiol (CBD) oil was powerful enough to shrink her lung tumor from 41 millimeters to 10 millimeters without the use of standard treatments.

CBD, a non-psychotropic cannabinoid with medicinal effects, was potent enough to reduce the size of the woman’s tumor over approximately two and a half years. After reviewing the research, which was published in BMJ Case Reports in October, scientists feel inspired to explore the use of CBD oil in cancer patients.

A Brief Overview of Cannabinoids

Cannabinoids–plant-derived chemical compounds that bind with receptors throughout the brain and body to produce a broad scope of physiological effects–work in a similar way to endocannabinoids. However, unlike cannabinoids, endocannabinoids (otherwise known as “endogenous cannabinoids”) are produced naturally by the human body.

These naturally occurring chemicals can be found in various organs and tissues, including the brain, muscles, glands, connective tissues, and immune cells. The purpose of these body-manufactured molecules varies from regulating nerve function, metabolism, and immune system function, to relieving pain and inflammation.

Although previous studies have explored the use of cannabinoids as a primary cancer treatment, the results have been somewhat vague, which is what makes the recent case report so important.

The woman who claims to have successfully treated her cancerous tumor using CBD has a history of experiencing “mild chronic obstructive pulmonary disease.” As someone who had smoked her entire life at the rate of approximately 68 packs annually, this is not overly surprising, nor is the fact that a June 2018 diagnosis revealed “non-small cell” lung cancer.

The report also stated that the elderly woman endured a stubborn cough for months before a tumor was discovered by her doctor. After witnessing her late husband suffer the side effects of radiotherapy, the woman turned down an offer to receive certain types of cancer treatment. Instead, she informed doctors that she had been using CBD oil “as an alternative self-treatment for her lung cancer” since August 2018.

In response, doctors insisted on conducting CT scans to assess the patient’s condition every three to six months. After consuming 0.5 milliliters of CBD oil two to three times daily, doctors were amazed to find that her lung cancer rapidly diminished. Specifically, the tumor had shrunk by 76% in diameter as of February 2021, suggesting a monthly reduction of 24%.

Interestingly, the woman confirmed that her appetite had noticeably decreased after consuming CBD oil. Aside from this, she did not notice any other disruptive changes in lifestyle after consuming the non-psychotropic cannabinoid. Surprisingly, she even continued smoking while using CBD.

A Miracle or a Reliable Treatment?

Scientists have already confirmed the therapeutic benefits of cannabis, CBD, and the plant’s other cannabinoids, including their anxiolytic, anti-inflammatory, and sleep-inducing effects. However, more research is needed to determine whether or not cannabinoids can be used as the primary method of treatment in cancer cases.

Presuming that the daily administration of CBD oil was to thank for the woman’s tumor shrinkage, doctors are still unsure about the way(s) in which the oil’s active ingredients were able to remedy her cancerous growth. “Although there appears to be a relationship between the intake of ‘CBD oil’ and the observed tumor regression, we are unable to conclusively confirm that the tumor regression is due to the patient taking ‘CBD oil’,” the authors noted.

Despite a growing body of evidence pertaining to the power of the ECS–which was first identified in the 1990s–the true potential of this intricate biological system remains uncertain. Further studies are necessary to better understand how this system can be harnessed in combination with pharmaceutical medications.

“More research is needed to identify the actual mechanism of action, administration pathways, safe dosages, its effects on different types of cancer, and any potential adverse side effects when using cannabinoids,” the report concludes.

I’m believe in that. I’m Spinal Cord Army Retired. And use for my Pain diferent Pain. Help me to the energy.

Is there any way for get help to pay for this lisens if I pay for one I can’t afford the other and I it’s that I have a life not like my other medications. Pls I have Medicad and medicee.