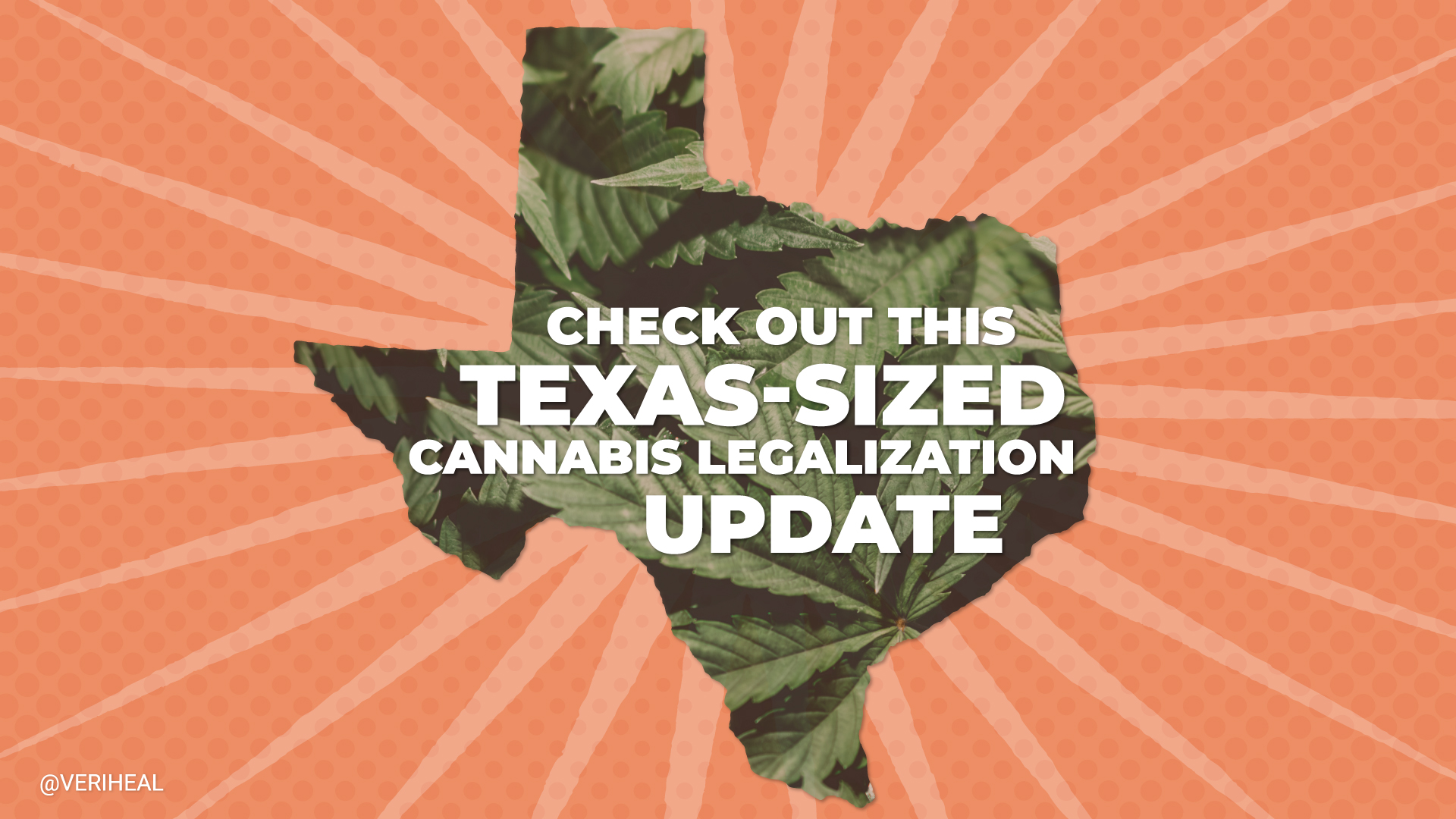 Texas and cannabis have had a rough go with one another. For many years, Texas was one of the main highways for old-school Reggie, AKA brick weed, to make its way across the border from Mexico into the United States. Perhaps this is what left such a harsh taste for cannabis in the mouths of law enforcement in the state. Texas is the second-largest state in America and has the second largest population. As of 2019, the population in the state of Texas was estimated to be around 29 million and is rapidly growing as we speak. Texas is known for doing it big. It’s famous for the Alamo, the SXSW Music Festival, some of the country’s best barbecues, hot weather, and is also known as the live music capital of the world.

What Texas isn’t famous for is cannabis. The state of Texas has the potential to grow enough cannabis to supply the entire United States should the federal government ever loosen up its draconian stance on cannabis prohibition and remove cannabis from being a schedule 1 drug. If cannabis were allowed to be transported across state lines, supply and demand issues could be addressed more easily.

Medical Cannabis is Legal in Texas with Texas-Sized Restrictions

After a slow run at progress in the state of Texas for cannabis legalization, it seems the scales have tipped in favor of the plant.

Texas passed a medical cannabis law called the Compassionate Use Act in 2015. It allowed for low THC cannabis products for patients in Texas that had intractable epilepsy. In 2019 the law was updated thanks to HB 3703. HB 3703 officially became effective on June 14th of 2019, expanding the compassionate use program to include seizure disorders, spasticity, amyotrophic lateral sclerosis, terminal cancer, multiple sclerosis, autism, as well as incurable neurodegenerative disease.

When they say low THC products, that is exactly what they mean. According to Texas occupations code, chapter 169, “Texas law allows qualified physicians to prescribe low THC cannabis to certain patients with incurable neurogenic diseases. Low THC cannabis is defined as a cannabis plant or derivative that contains less than .5% of tetrahydrocannabinol by weight.” This is a .2% difference than the definition of hemp as defined by HB 1325 that says hemp is defined as “cannabis plants and derivatives consisting of less than .3% tetrahydrocannabinol.”

New Advances in Cannabis Legalization Possibly on the Horizon for Texas

The Marijuana Policy Project was set up in the state of Texas several years back and is determined to help legalize cannabis in the state. Thanks to the diligent efforts of cannabis supporters and activists along with the MPP, Texans have seen improvement in positive cannabis reform.

In recent news, HB 1535 advanced. This bill would add PTSD to a list of qualifying conditions in the state of Texas. While this is an improvement, it still leaves behind many people who could benefit from medical cannabis in the state. In the original reading of HB 1535, the definition of PTSD was limited to only veterans. A second reading and amendment removed the requirement of veterans only, allowing all who suffer from PTSD. But that’s not all! This bill will also add chronic pain and all types of cancer to the list of qualifying conditions and boost the THC limit to 5%.

House Bill 99 made its way out of committee. This bill is looking to prevent arrests and suspension of driver’s license for cannabis possession and replacing the jail time with a fine. The author of House Bill 99, Representative Steve Toth, does not support cannabis legalization or decriminalization but acknowledges the need to address racial disparity related to cannabis arrests.

Could Elevated Changes be on the Horizon in Texas?

Should the current bills pass for the State of Texas, it would expand the medical program opening a door for legal access for many more Texans. The next obstacle for these bills will be to pass Senate. As we all know, lately, Senate is where bills are sent to die. Will Texas Governor Greg Abbott step up to the plate and let Texas enter the legal cannabis industry anytime soon? Or is it time for a change in leadership where perhaps we can see what potential Governor Matthew McConaughey might do in regard to cannabis reform?

Either way, we hope the state of Texas recognizes the failed policy of current cannabis laws needs to change. The Draconian past of prohibition was built on racism and a foundation of falsehood. Anyone can learn about this or read about this online today. For some reason, our elected representatives are having a hard time finding the same information we are. It should be a no-brainer these laws made in the past should become a thing of the past. When I see elected representatives in the United States of America supporting this draconian way of thinking, it shows me they have a private agenda that does not match that of the American people today.

Abbott isnt the only or biggest problem. Dan Patrick is the deal killer. I think Texas needs to not just legalize but put a quality medical cannabis program in place and let the Drs decide how much THC someone needs. 5% is ridiculous. There are people in pain that have no options because of the hostile regulatory environment regarding pain medication. For some people cannabis can replace it and for others it works well as an adjunct to opiates and lets people use less opiate. It is cruel and inhumane to withhold comfort from people who are suffering. The government should determine care for anyone and no one should go to jail for a plant ever. Jail should be for violent crimes

I completely agree. I am one of those that depends on it for pain relief. I had a birth control removed that was made of nickel and titanium. It’s given me degenerate disease lupus etc . I’m in terrible pain at times. The percentage is ridiculous. Maybe they need to be in pain as to how we are and maybe they would realize. It’s ridiculous that’s it’s not legal in Texas . Again if the ones that were voting against were in the pain we are in maybe they would change it.