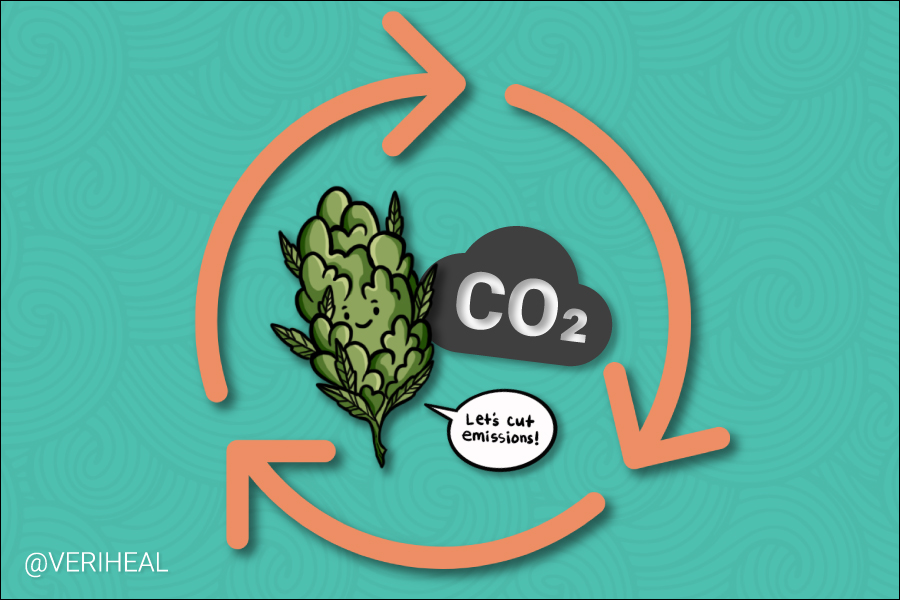 The Colorado Cultivators Energy Management Project and the Carbon Dioxide Reuse Project are sponsored by the Colorado Department of Public Health and Environment. They’re making the necessary resources accessible for businesses looking to participate in these programs. The project puts Denver Beer Co. and Clinic cannabis dispensary together. The Denver Beer Co will utilize a machine that captures carbon during the process of brewing beer. This carbon dioxide that normally escapes will be used by Clinic cannabis dispensary to help their plants grow better in their cultivation facility.

All of this is made possible through technological advances from a company called Earthy Labs. They developed a process in which a device collects carbon dioxide created during the brewing phase of beer in the fermentation tanks. The carbon dioxide collected is exposed to cool temperatures until it liquefies. It’s predicted that Denver Beer Co would be able to recycle an estimated 150,000 lbs or more of carbon dioxide thanks to the technology developed by Earthy Labs. The 150,000 pounds of carbon dioxide collected by the Denver Beer Co will be more than what’s needed for the cultivation demands of Clinic cannabis dispensary.

The Colorado Cultivators Energy Management program is a combined effort between cannabis businesses and local electric co-ops. Companies that participate in the program will work with electric cooperatives to determine ways of becoming more energy efficient. This program is free of charge and is being kicked off with 15 licensed cannabis cultivation facilities and five utility providers.

Colorado Governor Jared Polis expressed his support for these programs in reducing emissions, saying, “We will leave no stone unturned, no beer tank unturned, no cannabis plant unturned in the climate effort because it’s that important.”

Why Energy Programs Such as These are Essential

Energy conservation and emission-reducing efforts such as these are vitally needed with the newly emerging legal cannabis industry. While many people view cannabis as something that grows outdoors in the ground in many cases, that’s not true. A lot of the cannabis consumed by people these days is grown indoors in a controlled environment. The negative effect of this controlled environment is the byproduct of machines and chemicals needed to supplement natural nutrients such as sunlight and fertilizers. The amount of energy consumed by indoor grows can become exuberant. The amount of potential waste from cannabis cultivation, such as fertilizer and nutrient runoff, are also areas of concern.

Advancements in Cannabis Could Help the Agriculture Sector

Through state and community involvement, advancements in cultivation techniques can help not only the cannabis industry to thrive into the future but other agricultural sectors as well. Colorado is making significant progress with initiatives such as the Carbon Dioxide Reuse Project and the Colorado Cultivators Energy Management Project. Both of these programs started on January 29th of 2020 and aim to reduce greenhouse gases by 50% over the next decade!