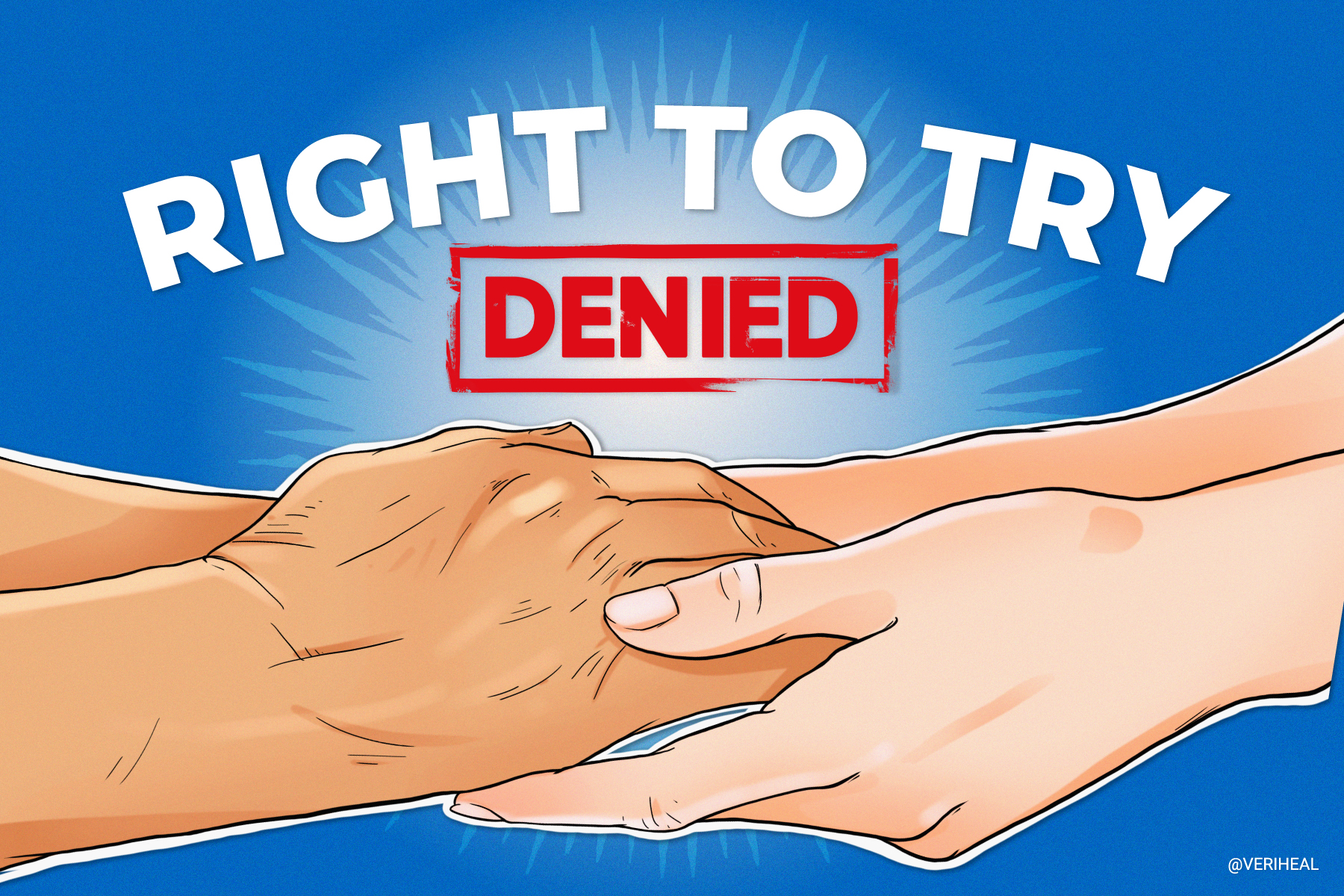 Plant medicines and concoctions made from them have been utilized throughout the history of cultures around the world. It wasn’t until the last several hundred years that how we could heal our bodies became regulated by government entities. In the last 100 years, many of the plant therapies that were embraced in history were outlawed by governments around the world and replaced by lab-made synthetic drugs we label medicine. In order to legally access other therapies including nature-based options such as psilocybin, you must gain access under a Right to Try law which requires you to have a terminal condition. Did we ever stop to think that if we could legally utilize the plants in the first place that perhaps we wouldn’t develop terminal illnesses at such a high rate?

Introducing the Right to Try Act

The Right to Try Act or the Trickett Wendler, Frank Mongiello, Jordan McLinn, and Matthew Bellina Right to Try Act was signed into law on May 30th, 2019, according to the US Food and Drug Administration. This Act permits individuals that have been diagnosed with life-threatening conditions or diseases that have exhausted all other approved treatment and therapeutic options that are also unable to participate in clinical trials the ability to access certain treatments that would otherwise be unapproved for access. Today there are 41 states that have enacted some form of a Right to Try or RTT laws.

The FDA refers to this program as the expanded access program on their website. While they offer approved clinical trials that can offer patients the ability to try potential therapeutic options, many patients are unable to participate in clinical trials, and this is where the importance of the Right to Try programs comes into play.

Some of the common therapeutics allowed under the Right to Try legislation include cannabis, psilocybin, MDMA, along with various other highly regulated or otherwise banned natural substances, as well as untested pharmaceutical formulations and various other therapies.

A Push by Patients

In recent months, a lawsuit has been formed against the Federal Drug Enforcement Administration by cancer patients that seek to legalize access to psilocybin for end-of-life care. Along with patients, a Seattle-based palliative care physician by the name of Dr. Sunil Aggarwal was also named in the lawsuit. Shortly thereafter, a bipartisan group of attorney generals from various states joined in support of the lawsuit. The lawsuit came after the DEA denied their application to utilize a synthetic form of psilocybin under the RTT laws. The lawsuit states the therapeutic potential of not just psilocybin but also of MDMA for cancer patients.

Seeing how psilocybin has successfully completed phase one clinical trials and is in subsequent phases of trials currently, it has met the basic requirement of being considered an investigational drug under RTT legislation. Additionally, methylenedioxy-methylamphetamine, also known as MDMA, is currently the subject of studies to evaluate its efficiency in the treatment of anxiety that’s related to terminal illnesses.

Patients Are Not In This Alone

Additional support has been drafted in favor of allowing access for patients to psilocybin in end-of-life care. The support has come from sources such as law professors, bioethicists, the ACLU of Washington, the Goldwater Institute, and a coalition of end-of-life caretakers, to name a few. An opening brief by patients, Aggarwal, and the AIMS institute was filed earlier this year, and an opening brief from the US Department of Justice is expected before January 21st.

Thanks to the work of countless advocates, there are actually places today where patients could theoretically utilize psilocybin somewhat legally. Just last year, the state of Oregon passed legislation decriminalizing the use of all drugs in small amounts, including psilocybin. In Denver, as well as several other cities and states, psilocybin has been decriminalized. All it would take is finding someone to supply you with the psilocybin mushrooms, powder, or capsules. However, patients should not have to navigate loopholes in order to have access to potentially therapeutic compounds.

A study published in the Journal of Psychopharmacology is the longest-spanning evaluation available of the effects of psilocybin in cancer patients experiencing psychiatric distress. The study showed that cancer patients that received just a single one-time dose of psilocybin along with psychotherapy produced significant benefits nearly 5 years after the therapy was administered.

Additionally, a study by investigators with the Heffter Research Institute and Riverstyx Foundation published on the Multidisciplinary Association for Psychedelic Studies (MAPS) website showed that psilocybin when administered to cancer patients resulted in “substantial and sustained decreases in depression and anxiety in patients with life-threatening cancer, and that mystical-type experiences on session days mediated the effect of psilocybin dose on therapeutic outcomes.” Six months later these results seemed to be retained with roughly 80% of participants still showing decreases in anxiety and depressed mood.

What are your thoughts on Right to Try legislation and the lawsuit filed against the DEA? We would love to hear your thoughts in the comments below!