Home Research Dreaming of Cannabis: How Cannabis Impacts Your Dreams

Dreaming of Cannabis: How Cannabis Impacts Your Dreams 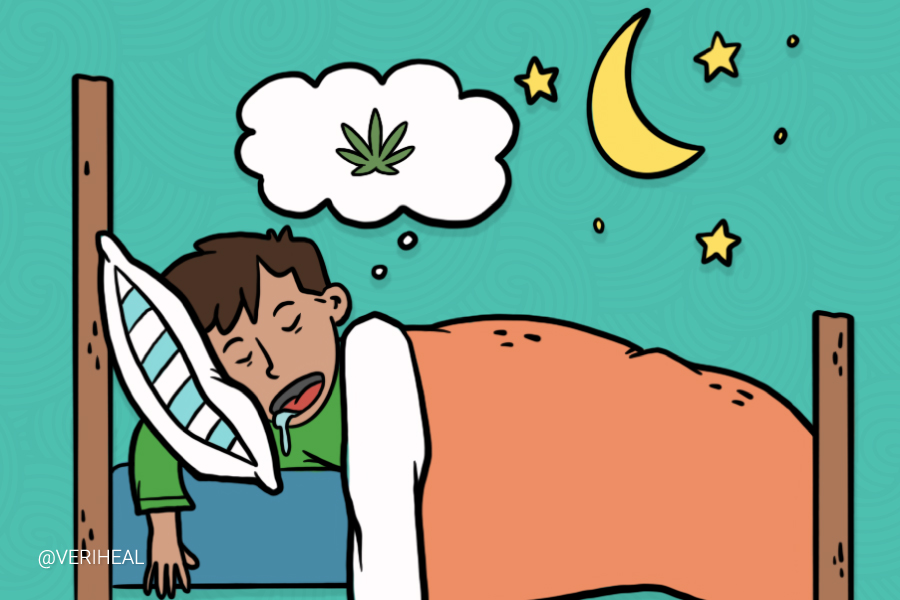 For a variety of reasons, many people use cannabis in ways that assist them in getting a good night’s sleep. For some, it’s as simple as choosing to have a nightcap before going to bed. Others find that they have an easier time falling asleep or combating insomnia with the aid of a little cannabis. And many people use cannabis to cope with other things, such as anxiety or chronic pain, and as a result, have the substance in their systems when they go to bed. It can be very helpful in many ways. But if you are someone who uses cannabis regularly, or if you’re considering beginning to do so, you may be wondering about its potential to impact your dreams.

How Sleeping (and Dreaming) Work

Stage 1 sleep is a very light sleep that occurs for a very short amount of time—generally about five or ten minutes. A person awoken from stage one sleep might feel as if they were not actually sleeping at all, but that they merely closed their eyes for a moment.

Stage 2 sleep occurs next, and it marks the beginning of the physical effects of sleep. The sleeper’s body temperature drops and their breathing and heart rate regulate. In general, people spend about half of their time asleep in stage two.

In Stage 3 sleep, the deepest stage of sleep, the muscles relax and the blood pressure and breathing rate drop. People are typically least responsive during stage 3 sleep and will be hardest to wake.

The fourth stage is known as REM sleep, short for Rapid Eye Movement, and it takes its name from the fact that the sleeper’s eyes can be observed to move behind closed lids. During this stage, the brain becomes more active, although the individual remains asleep. It is in REM sleep than most dreaming occurs.

What Does Cannabis Do?

The effect of cannabis on the stages of sleep varies from person to person, but in general, you can expect to see less REM sleep if you’re a regular cannabis user. Sleep studies have shown that THC has a tendency to suppress REM sleep. The study found that THC users experienced shorter periods of REM sleep than their counterparts.

CBD, meanwhile, could prove to have the opposite effect. One review suggests that CBD might increase the amount of REM sleep on the day it is taken.

Neither study has yet reliably replicated its results. But if these data are shown to be accurate, the implications could be profound.

Why Does it Matter?

The ability to control whether or not we dream is a powerful one. For victims of trauma or PTSD who are concerned about suffering from nightmares, the ability to limit the time spent in REM sleep could be life-changing.

Meanwhile, other users might be attracted by the idea of spending more time in the REM stage of sleep. This fourth phase of sleep is a restorative one that helps people recover from emotional events and releases anxiety combating molecules into the brain.

It is important to make sure that you’re still getting some REM sleep. If you’re a regular user, consult with a physician or a cannabis specialist and find out how you can continue your cannabis use and achieve the benefits your body needs from the substance without sacrificing the REM sleep that is so vital to your health.