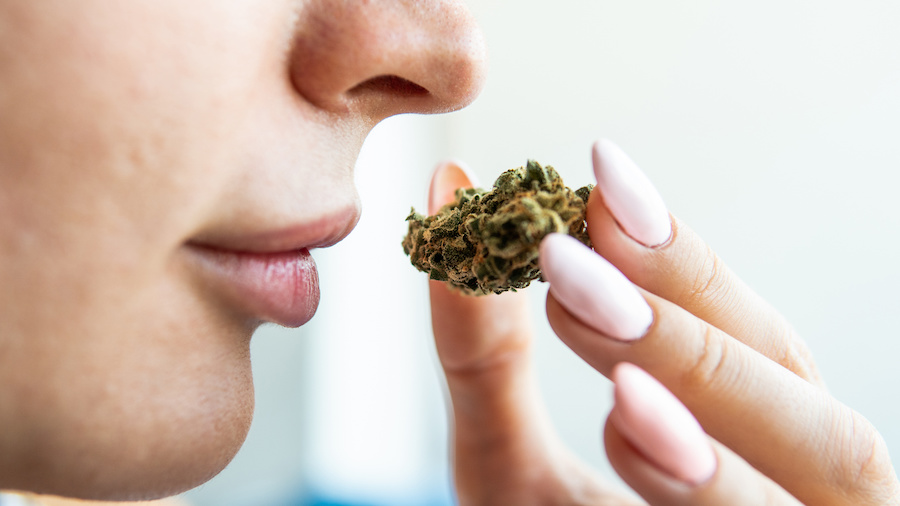 The Ontario-based company, CannabCo Pharmaceutical Corp. (CannabCo) has announced the development and production of new odorless marijuana that is virtually undetectable. The company paired up with an undisclosed technology company to produce this new product that, if approved, could change the way marijuana is handled.

Earlier this month CannabCo announced in a press release the new odorless product “PURECANN” and the many benefits it contains. First of all, the company claims to have produced a cannabis product that has a “virtually undetectable odor of dry product during storage” and greatly minimizes the smell of marijuana during consumption.

“There are no third-party gadgets, or devices on the part of the user, the end result is pure cannabis that doesn’t smell,” says CannabCo President and CEO Mark Pellicane.

Imagine being able to walk around the public without having to worry about the wafting smell of weed coming from your purse or being able to smoke on your break and now worry about your clothes smelling of marijuana. These are problems that stoners have faced since the beginning of high times.

This does, however, bring new issues into the picture if this product is approved (they meet all GMP standards). The public has to then start to worry about the drug’s biggest giveaway not being present anymore. Airports, schools, and other public areas will have less of an idea if marijuana is being smoked. Police will have a much harder time trying to suspect marijuana if you use this product as well. This newer ability to be able to hide the stench is both a blessing and a curse, depending on how you look at it. People who live in apartment complexes will now no longer have to worry about getting a complaint about the smell of marijuana. On the other hand, parents may have to pay extra attention to see if there’s any smoke coming from their kids’ window.

Another benefit of PURECANN is the lack of harshness when smoking. The technology used eliminates the harsh after taste that marijuana usually has, without removing any of the essential properties. This opens up the door for users who have been curious about smoking weed but are turned off because of the constant coughing smokers usually face. Effectively, this will create a better morning after smoking with much less residue in your throat, causing the notorious “day after” feeling, according to Cannabco.

The last claim CannabCo has on PURECANN is its ability to market for a new “connoisseur” product that will appeal to new demographics. Cannabco COO Mark Novak believes this new advancement in technology will open up the doors for what is possible in the marijuana world.

“In using this technology CannabCo will be able to produce a wide variety of products currently not in the marketplace, addressing a key market segment that currently does not exist,” said Novak.

But That’s Not All, CannabCo Claims to Have Other Innovative Technology

Another development Cannabco announced in the press release is the development of PHEONIX technology, which they are applying to their indoor growing operations. This technology has reduced the cost of production for a gram of marijuana down to 50 cents. The surplus of money they created from this transition is to be used to further develop PURECANN.

The press release didn’t go into too much detail about PHEONIX technology, but if this alternative method of growing proves to be effective, Canada could see a price drop in cannabis products. While Cannabco continues to push this new development to Canada, the rest of the world is forced to sit back and wait for the results of testing.

The development and production of PURECANN could potentially be the next step needed to move forward the legalization process for certain states. It could also potentially be the next big problem for both the public and law enforcement. Either way, CannabCo continues to prove to be the leading cannabis company that is making marijuana more accessible for people who really need it, and don’t want to worry about smelling like it.