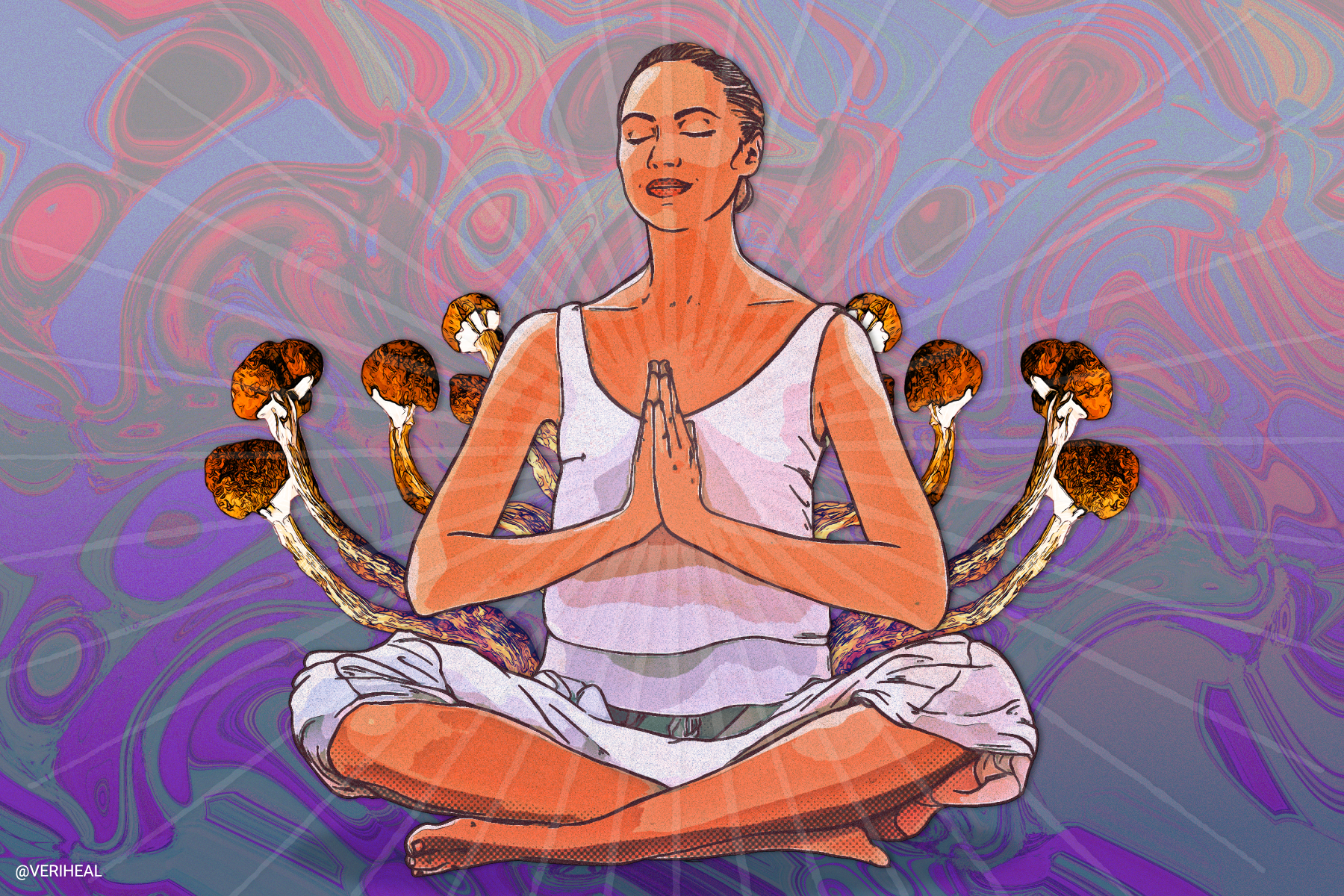 The therapeutic potential of psychedelics has been gaining more attention, particularly in research, and now that interest is paying off. A genomic analysis process has helped scientists understand how psychedelics may be able to assist with treating mental illness. There have already been plenty of studies exploring psychedelics for various conditions, but they have all been limited by laws and strict regulations. Fortunately, the scientists from Virginia Tech were able to overcome the limitations and provide us with some insight into why psychedelics may help with treating mental health disorders.

Veriheal does not support illegally consuming therapeutic substances such as psilocybin, but acknowledges that it transpires because of the current illicit status, which we strive to change by advocating for research, legal access, and responsible consumption. Always consult a physician before attempting alternative therapies.

How Common is Mental Illness in America?

The National Institute on Mental Health explains that mental illnesses are very common in the United States and that “nearly one in five U.S adults live with a mental illness (51.5 million in 2019).” Whether the individuals suffer from Any Mental Illness (AMI) or a Serious Mental Illness (SMI), their quality of life is significantly reduced.

Types of mental illness can include but are not limited to, panic disorder, obsessive-compulsive disorder to depression, bipolar disorder, post-traumatic stress disorder, and schizophrenia. According to the National Institute on Mental Health, in 2019 there were an estimated 51.5 million Americans, 18 or older, who presented with AMI.

This translates into 20.6% of all U.S adults living with some kind of mental health disorder. This is a significantly large number of citizens struggling with their mental health, which is not helped by the fact that standard treatment is slow-to-work, and often accompanied by adverse side-effects.

The team of scientists from Virginia Tech have taken to studying psychedelics in order to find better solutions to help treat mental illness, despite the fact that psychedelics have been considered illicit for decades. The team is not the first to investigate the efficacy of psychedelics for treating several types of mental illness, in partucular through testing on mice. That kind of research has already shown plenty of promise for psychedelics’ potential to aid those with mental illness.

So, what makes this research different from previous studies? Well, it is the first of its kind to make use of a genomic analysis process, which gives researchers insight into how psychedelic substances can relieve the symptoms of conditions like addiction, anxiety, depression, and post-traumatic stress disorder.

The Fred W. Bull Professor of Chemical Engineering in the College of Engineering, Chang Lu, made use of a process his lab developed in 2015. His genomic process allowed his Virginia Commonwealth University collaborators to “study the epigenomic effects of psychedelics.” They found that psychedelics appear to “work faster and last longer than current medications- all with fewer side effects,” according to the Virginia Tech press release on the study.

What is Genomic Analysis?

Without the process developed by Lu, the research project may not have been possible as Virginia Tech explains that “the project hinged on Lu’s genomic analysis.” Genomic analysis is explained as the “identification, measurement or comparison of genomic features such as DNA sequence, structural variation, gene expression, or regulatory and functional element annotation at a genomic scale” or the “sequencing and analysis of genomes,” where genomes refer to the genes.

Virginia Tech explains that Lu’s process allowed the researchers to use “very small samples of tissue, down to hundreds to thousands of cells, and draw meaningful conclusions from them.” Older processes require much larger sample sizes, which is not ideal considering the fact that the sample sizes in question, particularly mice brain, are extremely small. Having access to these samples is very important in order to understand the effects on the brain.

Being able to take significantly small samples from the brain for research allows researchers to understand “why it works a certain way”, explains Lu. When we do research with humans, we can test blood, urine, hair, etc but the data from that is classified as behavioral data which only indicates the result, explains Lu.

Lu goes on to say that being able to look at molecular changes in animal models, especially the brains of mice, we are able to look into the “black box of neuroscience to understand the biological process at work.” But how is looking at the brains of mice useful to people? Well, our brains may differ from that of mice, but there are enough similarities between the two to make valid comparisons.

The Virginia Tech explains that Javier González-Maeso teamed up with Lu in order to explore the genomic basis of the effects which allow make psychedelics effective against mental illness. González-Maeso has been studying psychedelics as a career and explains that psilocybin is primarily the substance with the most promise of alleviating major depression and anxiety disorders. He tells Virginia Tech that, “They induce profound effects in perception,” but that he “was interested in how these drugs actually induce behavioral effects in mice.”

Lu, González-Maeso and the rest of their research team conducted lab tests on mice by, for example, using DOI (2,5-dimethoxy-4-iodoamphetamine) on mice, which have been trained to fear certain triggers. DOI is said to be similar to the likes of LSD, for reference sake.

The team then took small brain samples in order to analyze the brain for changes in epigenome and gene expression. The team found that “epigenomic variations were generally more long-lasting than the changes in gene expression, thus more likely to link with the long-term effects of a psychedelic.”

Additionally, the mice who reacted to fear triggers prior to the DOI administration, were no longer responding to the triggers with anxious behavior after just one dose of DOI.  The brains of the mice also displayed effects “even after the substance was no longer detectable in the tissues,” explained Lu.

Psychedelics and Their Long-Lasting Antidepressant Effects

The team explains that the administration of the DOI is able to produce such effects due to its ability to produce “fast-acting effects on frontal cortex dendritic spine structure and acceleration of fear extinction via the 5-HT2A receptor.” The team goes on to say that, “ a single dose of DOI leads to changes in chromatin organization, particularly at enhancer regions of genes involved in synaptic assembly that stretch for days after the psychedelic exposure.”

The researchers explain that when we look at all the data, it supports the fact that “epigenomic-driven changes in synaptic plasticity sustain psychedelics’ long-lasting antidepressant action but also warn about potential substrate overlap with genetic risks for certain psychiatric conditions.” In simpler terms this means genomic changes as a result of  psychedelics can allow the antidepressant effects to last longer.

However, individuals with a predisposition to mental illness may run some higher risks of adverse side effects. Unfortunately, we will not be able to know much more until further research is conducted.

Lu tells Virginia Tech that, “My older brother has had schizophrenia for the last 30 years, basically. So I’ve always been intrigued by mental health” and that, “once I found that our approach can be applied to look at processes like that — that’s why I decided to do research in the field of brain neuroscience.” It’s thanks to researchers like Lu, who are willing to pursue studying psychedelics despite societal taboo and strict regulations, that we are able to move toward utilizing more effective treatments for mental health disorders in the future.

Personally I have found “magic” mushrooms to be very therapeutic for anxiety.