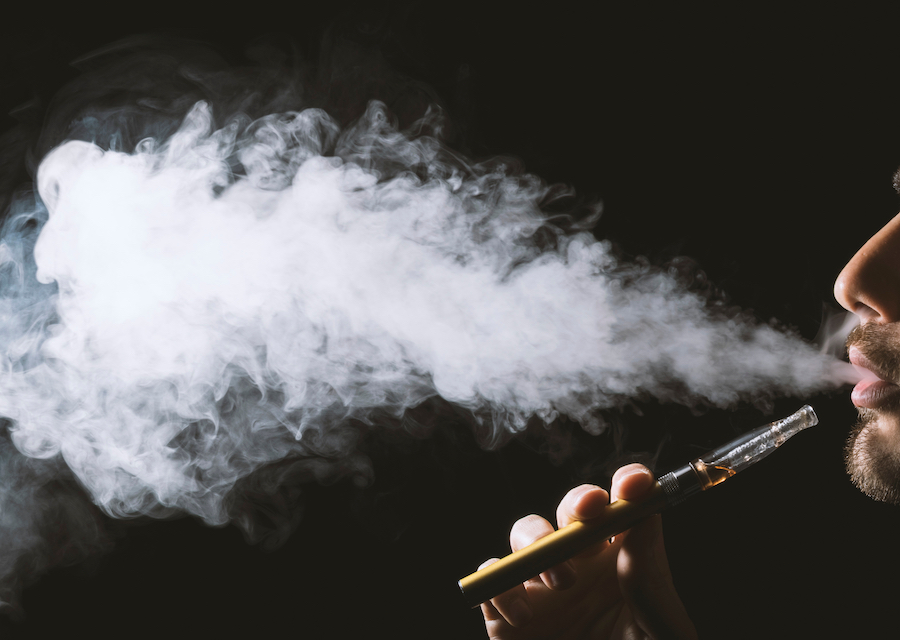 As of October, there have been over 1,300 vape-related illnesses reported across the country this year, with 29 of those illnesses ending in death. This recent ‘vape crisis’ started a couple of months ago and doesn’t show any signs of slowing down. The problem is we still have very little information as to what is actually causing this crisis, but the vape and cannabis industries are suffering. These industries have seen a 15 percent revenue decreased in the last two months as a result of this crisis. With the vaping now contributing to a third of the cannabis industry, it’s leaving many people wondering if either will be able to get out of this alive.

Vaping has only recently gained popularity in the United States, and the public is starting to see the effects it has on those who vape on a regular basis. So far, every state (except for Alaska) has had someone admitted to the hospital for a vaping-related illness. These are often lung or throat ailments with symptoms ranging from chest pain to nausea and vomiting. The youngest of these victims is a 17-year-old boy from the Bronx, who passed away in early October. Unfortunately, experts say there are no signs of slowing down.

“Unfortunately, the outbreak of pulmonary injury associated with e-cigarettes or vaping is continuing at a brisk pace — we’ve now surpassed 1,000 lung injury cases in this outbreak,” said Dr. Anne Schuchat, principal deputy director of the U.S. Centers for Disease Control and Prevention.

The Cause of Vape Illness

So, what exactly is causing this outbreak? Obviously, vaping is the main culprit in this situation, but it’s trickier than just that. There are two types of vaping: e-cigarettes and THC cartridges. E-cigarettes are what most people think about when they hear the word ‘vaping.’ It is an alternative to smoking and has helped some people quit the habit, even though e-cigarettes still contain nicotine. The other type of vaping comes from cartridges that contain traces of THC in them, also known as weed pens. Both of these types of vaping are causing issues within the industries, but the latter is the one to worry about. In fact, 78 percent of these vape-related illnesses have been a result of people smoking weed pans, specifically, ones bought illegally through the black market. There has only been one official cause of death that has been the result of shopping from a legal dispensary.

The main concern from these underground cartridges is a vitamin E acetate, a harmless chemical if used topically, but harmful if inhaled. Recent studies have concluded that this is the main chemical that is causing the majority of problems, but the solution isn’t as easy as that. Since cannabis is still considered a federally illegal drug, there is no way of regulating or even analyzing these products. Once an illness is reported, the likeliness of obtaining the original product that caused the illness is slim to none.

How States Are Addressing The Outbreak

Officials have warned people to stop vaping immediately until health officials better understand what is causing these ailments. Some states have taken it upon themselves to implement some type of solution. Montana, New York, Michigan, Washington, Oregon, and Rhode Island have all banned the sale of flavored e-cigarettes, which Massachusetts and San Francisco have banned the sale of all e-cigarettes. Massachusetts has even decided to ban all e-cigarette products immediately for the next four months. President Trump vowed to ban the sale of all flavored e-cigarettes, but no action has been taken.

All of this has resulted in a significant drop in sales from both the vaping industry and the cannabis industry. Oregon has seen the worst decline out of all the states, seeing a 62 percent drop in market shares for vapes. The reality behind the situation is that these industries really can’t do anything to protect themselves against this decline. The entire nation is on red alert now against these vaping products and has collectively decided to stray away from them. No matter how efficient legal dispensaries are with testing their products, there will always be an underground black market that is distributing unregulated products. It’s likely this trend will continue to decline until officials can figure out how to control this crisis.