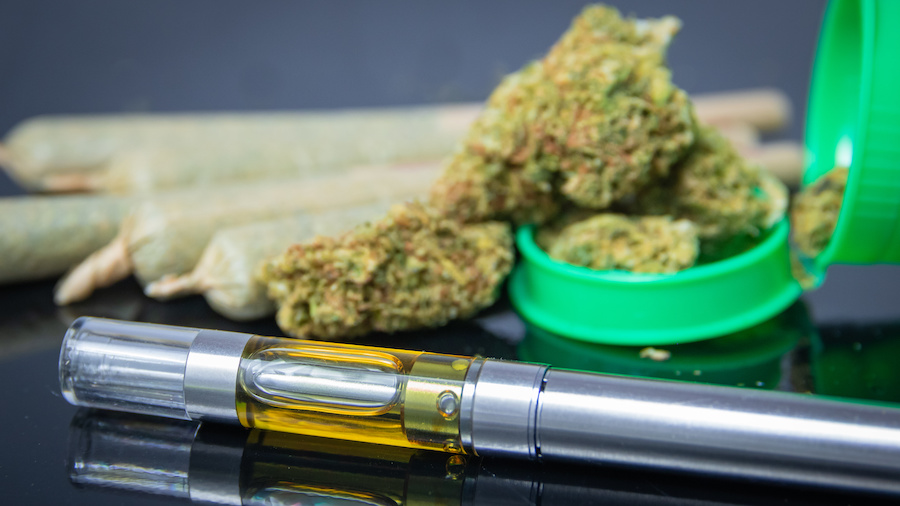 Counterfeit products seep into almost every market. That’s to be expected. But whenever these products enter a market like cannabis vaping it causes more than just a minor stir.

Because cannabis is used by so many as a tool to find relief, healing, and comfort, it holds a high potential for malicious abuse. More recently, such abuse comes in the form of fake THC cartridges. In fact, the vaping market shows signs of increasing amounts of counterfeit cartridges—not less—and the implications are massive.

An Attack on Health

The first people to suffer in any illicit and counterfeit market are the consumers. This is true whether the products are jewelry, video games, movies, food, and so on. Marijuana is no different. It may even be worse: while a fake Rolex is an annoyance but still looks passable, a fake THC cartridge can kill you.

Medical marijuana patients that find themselves being duped into buying a product that is not clean, tested, or legitimate run high risks of illness or worse. The fake pens are many times filled with pesticides, heavy metals, and other contaminants that the human body does not jive with. None of those things equates to proper, clean, and natural treatment.

In June of 2019, California reported a string of hospitalizations related to Acute Respiratory Distress Syndrome, or ARDS. The warning that followed advised anyone seeking cannabis vape pens to do their research before purchasing anything and to be wary of where their products were coming from. Of the seven cases that the state reported, all had bought their vape pens from pop-up shops, temporary and unlicensed shops where deals were often too good to be true. Pop-up shops, the report said, don’t require their products to go through any form of testing, testing that could prevent the sales of contaminated pens.

California wasn’t the only state that issued a warning against bad vape pens. New York sent out a health advisory on 16 August 2019 that touched recent cases of pulmonary disease. The 11 reported cases were directly tied to vape pens—many of them cannabis pens.

The New York Health Commissioner, Dr. Howard Zucker, said of the outbreaks: “These latest reports of pulmonary disease in people using vaping products in New York and other states are proof that more study is needed on the long-term health effects of these products.”

Testing is surely in order. An increase in any illness or disease—no matter how minor—warrants looking into. Vaping cannabis (and nicotine) is at an all-time high in popularity, and without further rigorous testing more issues are bound to arise. It’s not only serious illnesses that are becoming more common. Deaths from counterfeit or untested vape pens are happening, too.

Just recently, on 16 September 2019, a person died from pulmonary issues related to vaping. It hasn’t been reported yet whether the person was vaping nicotine, cannabis, or something else, but the fact remains that deaths can and will happen until the situation is under control. And this is not said to stoke the often-stoked flames of fear; on the contrary, it’s believed that by bringing light to fake or faulty products people will understand the push for quality on the cannabis market. After all, if poor quality and dangerous products are allowed to exist, the market as a whole will suffer. This, in turn, could lead to less trust in marijuana, making legalization efforts even tougher than they already are. All press is good press, as they say, but in this case, actual good press related to cannabis vaping would be preferable.

Cannabis oil vaping is a milder way for many with lung issues to consume marijuana and reap the benefits of THC and CBD without the harshness that comes from smoking marijuana. The recent news related to vape-related deaths does not instill confidence in vaping.

I spoke with a cigarette smoker of around 35 years. They did not wish to be named nor directly quoted, but their recent foray into vaping was cut short due to the abundance of news on vaping illnesses across the nation, which are numbering in the hundreds as of September 2019. While this is a single anecdote, this person made a decision that blew my mind: They chose to go back to smoking cigarettes.

Never did I think that I would hear someone worry more about the “healthier” alternative to smoking killing them than the cigarette, a known enemy to health and well-being. And while this is not necessarily equivalent to cannabis, it is similar enough to warrant a discussion.

Fear can ruin a market. Vaping is beginning to take off, and the last thing that the cannabis world needs are more concerns over health.

How Do You Spot Fake Pens?

For starters, don’t buy your vape pens from unlicensed dealers, sellers, retailers, or pop-ups. The best way to ensure quality and buyer confidence is to go through a licensed cannabis seller. Shops will carry products that are tested because they are legally required to in order to sell them in the first place. This is in direct contrast to the guy who sets up shop out of a van near the docks. Trust those who go through the legal framework to bring you cannabis.

Even if you are in a legal cannabis shop, check labels. Manufacturers will have labels on their product. Many—if not all—times, too, lab results are clear and visible. QR codes are becoming common as well, so if the product has one, scan it. It takes a few seconds but can save hours or days in the hospital.

If you must purchase your cartridge illegally, take precautions. Certain brands to be aware of outside of licensed shops are PAX Era and Kingpen, to name a couple. If someone is selling them in a state where marijuana is not legal, it’s best to assume that they are counterfeit. Further, a good rule of thumb is to compare what a cartridge looks like to photos on a manufacturer’s official social media page or website. If anything looks off, move on. The risk isn’t worth the (maybe) good price.

As someone who believes in medical cannabis, it pains me that due to it only being legal on the state level it forces many people to seek alternative measures to obtain it. As stated in article, there will always be counterfeit products pushed by those who have a higher interest in the profit cannabis can bring and not more interested in the many medicinal properties it contains that can help many people.

I keep running into this issue. But the prices IN the dispensaries here, I can’t afford that. $70-$80 for .3 grams to half grams!! Absolutely absurd. If I physically had the extra cash I would pay those prices, what choice would I have if I wanna stay safe? But I can’t afford that.

Same with flower. In the last year twice I’ve bought marijuana flower from the streets (again, cause it’s just too expensive in the dispensaries now) and I tested positive for fentanyl twice about 11 months apart. I probably smoke a few Oz of flower a month along with two or three grams concentrates. I have to mix it up with my different issues. (I’m in a unique situation where every month I get pee tested, and no it’s nothing to do with prison. I’ve never even been arrested. LoL, It’s medical, but twice in the last year. And both times the flower was very small and felt weird. Felt and looked like someone spray-painted popcorn green.

My hope is the prices will start going down. I was looking at dispensary’s online prices in California the other day. For a 1 gram Lemon Candy Crumble in Missouri it’s $70. California…$15. For the EXACT same thing. Same brand, same everything. SMH. Gotta change 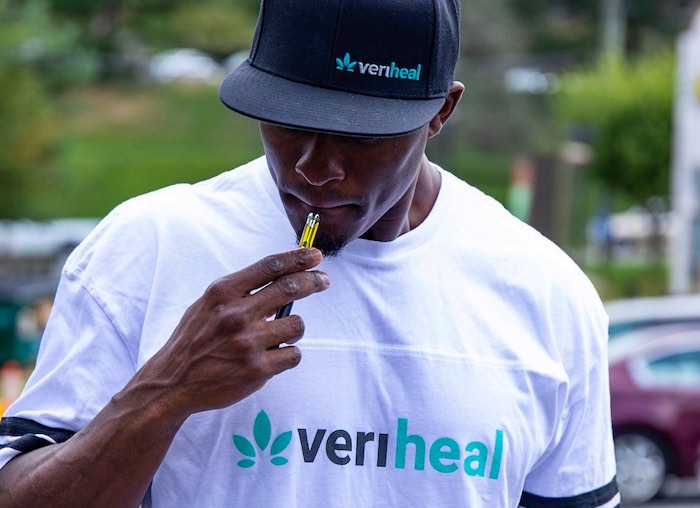