Is Cannabis A Gateway Drug That Promotes Drug Abuse? 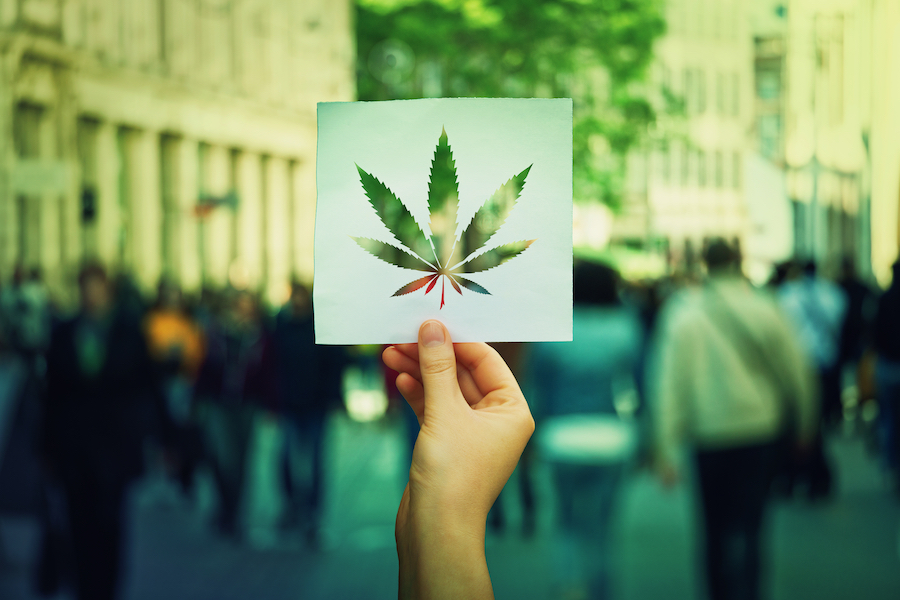 For too long, myths have been perpetuated to keep people distrustful of marijuana. As we get closer to a new era of marijuana legalization it is imperative that the conversation is shifted to a more positive one in order to prevent further and future prohibition from wrecking the years of progress.

There is also a concerted effort—as highlighted by the Surgeon General’s recent statements—by the government as well as pharmaceutical corporations to keep the public in a state of doubt and fear when it comes to marijuana. This is not only harmful to those who would benefit from medical marijuana (such as veterans with PTSD) but to freedom as a whole.

Let’s look at two of the largest myths about legalizing marijuana and try to find some truth.

“Pot Is A Gateway Drug”

We’ve touched on this before, but it is important to start with this question: is marijuana a gateway to harder, more dangerous drugs, and if so, will the legalization of marijuana lead to more drug use?

The answer to the first part of the question can be surprisingly confusing. The science on the topic is split, with one side positing that yes, indeed, marijuana use can and often does lead to more drug use and the other side saying that it does not.

Digging into the research perhaps opens up more questions than answers, but one thing is clear. More research is needed in order to fully understand marijuana and its relationship to drug abuse. As with any substance, marijuana can be abused. And it sometimes is. But this is perhaps more of a side effect of societal and economic factors rather than a link to the plant itself.

While many of those who go on to use harder illicit drugs do in fact start with marijuana, the absolute root cause is still unclear. Many of those who abuse harder drugs are put into social situations that would be avoided if marijuana were legalized on a federal level.

Consider the purchase of black market cannabis. This is done on an underground and unregulated market, a market where criminals reign supreme and violence is not always very far away. Many drug dealers do not solely sell pot. Oftentimes they will stock harder drugs. When one considers this, the connection becomes clearer between marijuana use on the black market and the abuse of harder drugs.

Legalization would change this because it would eliminate the need to pursue marijuana from dangerous sources.

The second part of the question—legalization leading to more drug abuse—has a more clear-cut answer. The short answer is no, legalization of marijuana does not lead to higher rates of drug abuse.

“Legalization Will Ruin Our Children and Lead To More Drug Abuse”

This battle cry against legalization is one that is often heard but is easily debunked.

Unlike the murky-at-best relationship between pot and harder drug abuse, statistics show that in states where recreational marijuana is legal teen use of the plant drops. This is a new trend and warrants more study, but the initial findings are massive for the argument against prohibition.

This decline is perhaps not due to a decrease in curiosity; rather, legal dispensaries require identification proving one’s age in order to obtain marijuana. Drug dealers do not, but as legal pot replaces black market deals it becomes harder for teens to get their hands on cannabis.

Education, too, will be key in keeping new generations aware of the benefits and medical uses of marijuana as well as the potential recreational aspects of the plant. Like alcohol, pot should not be demonized nor promoted as an end-all solution to pain and suffering. Marijuana should be spoken of as any substance deemed predominantly safe—in a neutral sense, but with a lean towards the positive.

It must be said that by education we do not mean fear-based education like the D.A.R.E. program that indoctrinated many. An education based on understanding instead of fear is paramount to the future of marijuana as a legalized substance.

How Can We Change the Conversation?

In order for legalization to succeed the conversation around marijuana must remain focused on the positives—and there are more than a few.

The largest net positive for states considering legalization is the financial gain that legal marijuana can bring.

States like California, Colorado, and Maine have shown that through the legalization of marijuana profits are made. Since 2014, for example, Colorado made over $6 billion from pot sales alone. Cannabis taxes in the state are expected to reach $514 million in 2019-2020. Due to these high numbers, it is not difficult to see why many states would be inclined to consider the full legalization of marijuana.

Another positive that comes from legal marijuana is that it lowers the prison population and prosecutions of non-violent drug offenders.

For many American citizens, illegal marijuana possession and sales have caused a legal nightmare that includes prison time, high fines, probation, and more.

Legalizing marijuana would lower these crime rates because possession up to a certain amount would not be a crime any longer. The state would not be able to stomp down on their fabricated enemies (small-time marijuana dealers and possessors) and increase the number of Americans in prison.

And that number is high: 22 percent of the global prison population exists in the United States despite the U.S. making up just 4.4 percent of the world population. A nation with 0.7% of its population behind bars is the land of the free, surely. This is said without even bringing into the picture the racial makeup of prisons in the United States, a topic that deserves an article to itself.

When it comes to prison, 1 in 5 people are locked up due to drug-related offenses. Though not a majority, this number is still high enough that it warrants a change. Legalization of marijuana, while not a total solution, would no doubt ease the prison system and allow for more resources to be put towards social services that benefit potential offenders and communities alike.

And that is where the conversation becomes key, though it is just the beginning.

Highlighting the fruits of legalized (or at the very least decriminalized) marijuana changes the discussion from one rooted in negativity to one based on compassion, truth, and tolerance. But how can one start this discussion?

The answer is simple. Educate yourself on the truths and myths about marijuana. Offer your opinion when asked, lead civil discussions, and spread the word in your own community. In this way will legal marijuana come to be viewed as acceptable on a national scale. Never feel afraid to speak up because it is in these loud and abrasive times that a louder, more affirmative voice needs to be heard.

Be a guiding voice, not a rude one.