Malawi is the Latest African Country to Legalize Cannabis 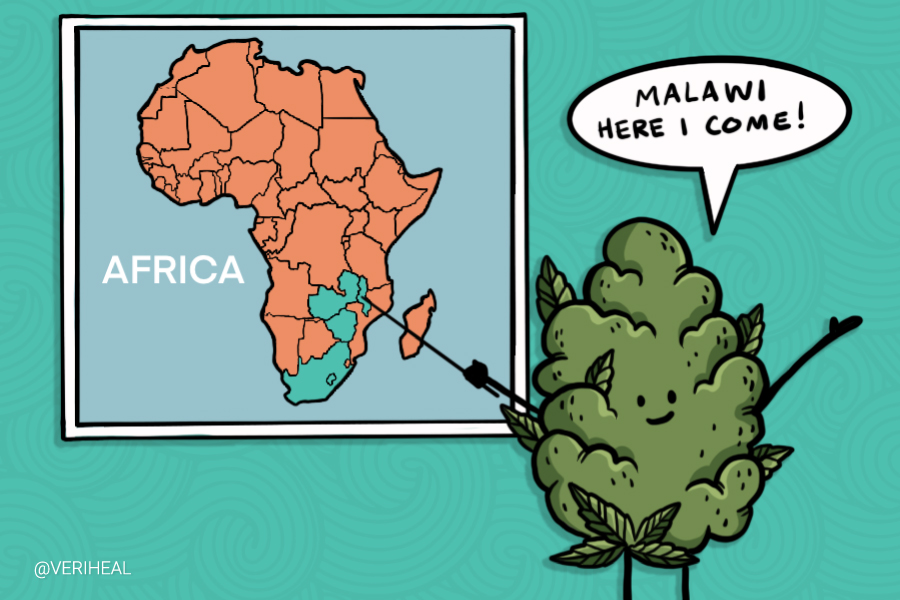 Over the last several years, we have seen the legalization of cannabis spread throughout the United States. More and more states are passing laws to permit the sale, possession, and growth of cannabis every year, for both medicinal and recreational purposes.

The spread of legalization has many effects on society. The most direct of these, of course, is the fact that more people can now access cannabis more easily. That means cannabis is spreading in popularity as a recreational substance. It also means that new discoveries are being made about its potential as a medicinal substance and that people who couldn’t access it before are now able to get the help they need.

But another impact of legalization is the growth of a new industry. The cannabis industry continues to develop quickly to meet the needs of a growing market, and as it does, the economies of those states that have legalized have been stimulated. For example, the tax revenues in states like Colorado and Washington that legalized early got a huge boost, demonstrating to those that would follow what they stood to gain via legalization.

And America isn’t the only country that took notice.

The country of Malawi passed a bill this month decriminalizing cannabis, making it the fifth African nation to do so. The World Bank lists Malawi as one of the poorest countries in the world, with a poverty rate of over 50% as of 2016. It is the hope of the country’s legislators that the passage of this new law will invigorate the economy and give the nation the boost it so badly needs.

Malawi’s new law decriminalizes cannabis for medicinal and industrial purposes, allowing for the growth of the crop for the production of textiles and for medical use. The use of cannabis recreationally has been a practice in Malawi for some time, and the nation is famous for its popular recreational sativa strain, Malawi Gold.

We have already seen that the legalization of cannabis is able to boost the economy right here in the United States. But in Malawi, the potential for an economic boon is far greater because of the climate.

At present, tobacco is the primary export of Malawi. The arid climate and the aftereffects of the South African drought make it an ideal crop. Cannabis will thrive just as well under the conditions in Malawi, and there are many who wish to replace tobacco as the primary export. Tobacco use has declined over the years, and the crop is not as profitable as it once was. In addition, international tobacco companies have introduced exploitative practices such as child labor into the industry, and the Malawi people would, of course, like to distance themselves from these.

Because the agriculture industry, in general, offers employment to nearly 80% of Malawi’s population, it is highly relevant to all Malawians what the primary crop of the nation is.

Malawi’s leaders are determined that if the tobacco industry is replaced by the cannabis industry, as they would like, they will no longer be controlled by international companies. Rather, they will be equal partners in the growth and sale of the crop.

Malawi consists of a sizable Rastafarian community. Members of this community use cannabis in a wide variety of ways, including the manufacture of soap, textiles, and medicines. For the Rastafarian community, legalization will mean the opportunity to grow the crop for their own use, an aspect of the law about which many are quite excited. All in all, Malawi’s revised approach to cannabis will benefit all its citizens, both economically and culturally.