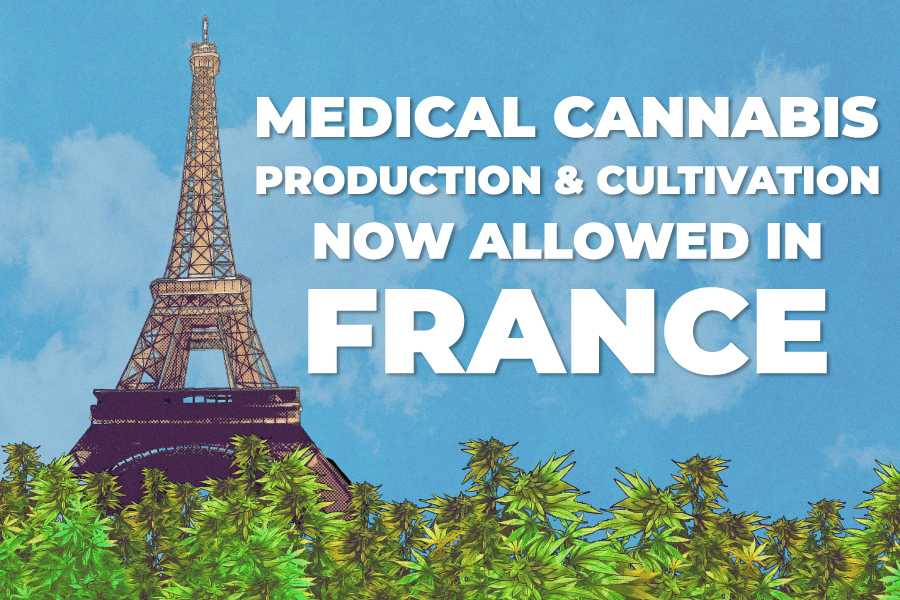 France has officially permitted medical cannabis production and cultivation. The European Country stands to develop a thriving domestic sector with this latest move, which was enforced on March 1 following the earlier publication of a decree in the Official Journal.

France’s Medical Cannabis Decree to be Overseen by ANSM

Prior to the decree’s publication, France had already been busy importing cannabis products for its medical cannabis pilot program. The decree has been made public in an effort “to allow the creation of a sector ranging from cultivation to medicine based on cannabis for medical use in France.”

However, more regulations are required to establish a robust medical cannabis system in France. Regulators must first implement the decree before it can fully take effect. In regards to the guidelines and procedures by which cannabis should be cultivated and produced countrywide, the current legislation does not extend beyond the scope of medical use.

The decree may have only revised certain segments of France’s Code of Public Health, such as sections to permit cannabis imports/exports, cultivation, production, manufacturing, transportation, and possession of the plant and its derivatives, but it is sure to have a major impact on the industry at large. The development of a medically-authorized supply chain will be overseen by the National Agency for the Safety of Medicines and Health Products (ANSM).

On Thursday, February 17, the ANSM announced the launch of a non-permanent scientific committee tasked with clarifying the rules surrounding the use and sale of all French-produced cannabis medicine. A panel of 11 committee members have been chosen by the ANSM to assess various facets of the medical cannabis supply chain in France, such as pharmaceutical quality criteria, track-and-trace systems, and the benefits of ingesting medical cannabis, as well as the THC/CBD potencies and identification of strains made available for medical purposes.

The ANSM Has Been Fronting a Medical Cannabis Pilot Program

The ANSM has been leading a strictly regulated medical cannabis pilot program for the best part of a year. The pilot program, which involves participation from approximately 3,000 patients who suffer from debilitating conditions, extends until March 2023. Medical cannabis was imported into France from overseas to support the country’s pilot project. It is unclear whether or not French cannabis companies will maintain their involvement in the medical industry that is set to be developed by the ANSM.

The ANSM’s 11 members come from a handful of different ministries. Moreover, some of them are representatives from the Conseil Order of Pharmacists and the National Research Institute for Agriculture, Food, and the Environment. Since the agency is expected to serve as the sole industrial operator for delegating medical cannabis production in France, industry experts envision the ANSM selecting a lone industrial operator who can deal with everything production-related. Consequently, this could result in less medical cannabis being produced.

In the event that this happens, France’s medical cannabis market could somewhat mirror the Italian medical industry, which is currently slacking in terms of domestic production. Due to Italy’s low production, overseas imports are necessary to keep the country’s industry afloat.

In comparison with other countries on the European map, France’s rate of medical cannabis consumption is significantly higher. According to Statista, 1.5 million French people used cannabis on a regular basis in 2019. Nonetheless, it is unlikely that a recreational cannabis program will be implemented at this point in time. Current laws stipulate that anyone who possesses cannabis in France may be faced with a prison sentence of one year and a penalty of more than $4,000. More penalties face individuals who illegally import, export, transport, deliver, and supply the plant.