Panakeia: The First THC-Free Cannabis Plant Coming Out of Florida 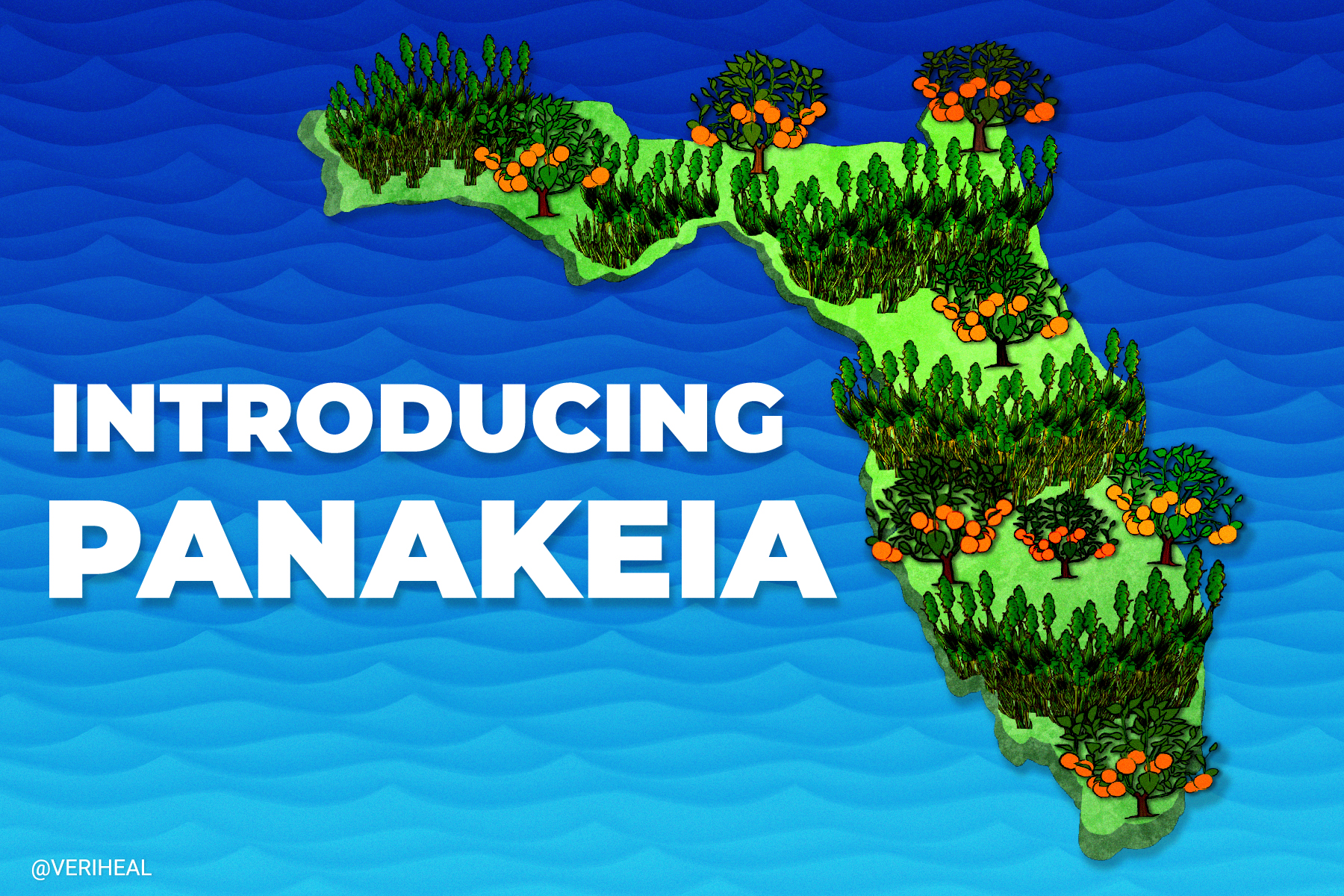 While many of us would prefer not to consume a plant that contains zero THC content, there are equally as many that don’t prefer to experience the intense euphoric effects brought on by THC consumption. That, in combination with hemp regulations requiring CBD products to be manufactured from plants containing less than .3% THC, makes the need for a plant that produces absolutely no THC profound. A Florida company may have just become the first-ever company to produce such a plant in the entirety of the United States and the many hemp and cannabis programs that are operational. This plant has been named Panakeia.

The plant variety, which is called Panakeia, was produced by Oglesby Plants International out of Altha, Florida, which has been operating as an agriculture powerhouse in the panhandle for 74 years. The patented strain was approved by the Florida A&M University under an Industrial Hemp Pilot Project, which is administered by the Florida Department of Agriculture and Consumer Services.

The trademark and patent licensee of Panakeia, Bazelet Oglesby, submitted the plant variety to the FAMU pilot program, where the required 12-week grow cycle was overseen by Scott Burgett of Green Earth Cannacueticals. He stated the following in a press release in regards to the approval. “Having a truly THC-free genetic is going to be a game-changer for Florida farmers. This will allow farmers to maximize their crop yield, without the risk of having to destroy a non-compliant crop.”

According to Gary Hennen, Director with Bazelet Oglesby and President of Oglesby Plants International, “Bazelet Oglesby is one of only a few companies positioned to establish legal cannabis and hemp as a respected, sustainable industry. We are honored and accept with responsibility that we are part of authoring its history and our Panakeia plants support that effort.”

Panakeia is Setting the Stage

Charles Weatherford, Ph.D., Vice President for Research at FAMU, believes that this strain, which possesses absolutely no Delta 8 or Delta 9-THC but offers a significant concentration of CBG, is “indicative of a significant commercial value with very small risk to hemp farmers in Florida.” Bazelet Oglesby’s Panakeia plants are expected to be ready for farmers to plant throughout Florida and other U.S. states in the 2021 planting season.

CBG is a compound in cannabis that Bazelet Research has been studying globally for many years that can be incorporated into a variety of products, including foods, cosmetics, and nutraceuticals. As the research surrounding the various constituents found in cannabis progresses, we are starting to learn that there is much more to cannabis than just THC and CBD. As legalization is progressing around the globe and research is becoming broader, we are starting to also see cultivators and breeders focusing their skills and efforts on creating strains such as this that are unique in many ways.

Craft Cannabis Will Be the Future

This was first seen with the discovery and mainstream promotion of CBD. Prior to that, there weren’t many strains of cannabis available on the market that provided high levels of CBD and low levels of THC. This was because, for many years, the main focus of breeders was to create higher concentrations of THC within the genetic line along with increasing terpene and flavonoid profiles. Today though, there are many strains of both cannabis and hemp that have been bred to offer very low concentrations of THC and highly elevated concentrations of CBD. Much like craft beer, which is produced in small quantities from select ingredients, we are starting to see craft cannabis take center stage as it offers something you cannot find in mass cultivated cannabis, quality and consistency.

Cannabis varieties such as Panakeia are setting the stage for what we are sure to see more of in the future of the cannabis sector. Much like CBD and THC, other cannabinoids such as CBG, CBN, and CBC offer a plethora of benefits. Unfortunately, these cannabinoids are not produced in mass within many of the varieties of cannabis available today. For this sector of the cannabis industry to flourish, it will take companies and research teams such as Bazelet making breakthroughs such as this in the genetics of what cultivators are producing.

How do you feel about a THC-free cannabis strain? Do you feel that it has a significant role in the future of cannabinoid therapies? We would love to hear your thoughts on this subject in the comments below. After all, you, the consumer, and the patients are the whole reason why companies such as Bazelet are pursuing new innovative paths within the burgeoning cannabis sector. Let us know your thoughts below!