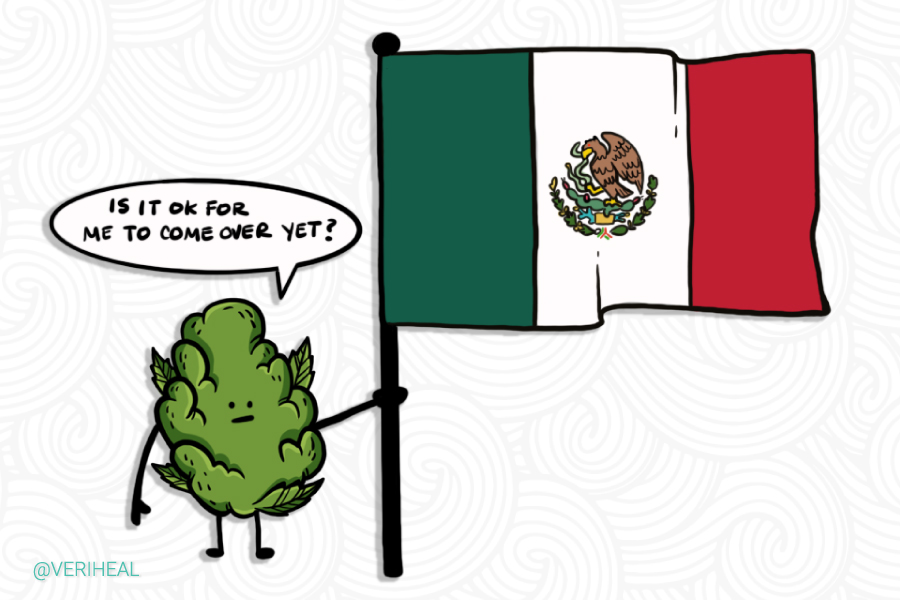 To date, only two countries in the world have waved the green flag on recreational cannabis legalization. Uruguay was the first to do so in December 2013 and the second was our neighbor to the north, Canada – which officially began selling in October 2018. The question has been, which country would be next. In October 2018, Mexico’s Supreme Court ruled that it was unconstitutional to ban the possession or use of recreational cannabis. Effectively, Mexico’s Supreme Court gave adult-use cannabis the go-ahead on Halloween 2018.

Mexico would be “the world’s most populous country with legalized cannabis regardless of THC content, meaning both cannabis and hemp. This happened to be the fifth time that Mexico’s highest court had issued this ruling, which in Mexican law makes this ruling the standard to be set throughout the country.

Mexico has once again delayed the legalization of cannabis and hemp. The court set deadlines for Congress to legalize the plant but dates that have been pushed back several times at the request of legislators who stated they needed more time. Most recently, senators said they wouldn’t be able to meet the latest April deadline and the court agreed to give them until December 15, 2020. Before the latest setback, the senate committee approved a legalization bill that came from a consensus between political parties.

Perhaps Legislation is on the Home Stretch

But the process of approving legalization legislation could be sped up through a permanent committee that’s being formed, where lawmakers could make decisions about provisions that have held up the bill in recent months. While the legislation would still have to be passed by the full Congress, the panel is positioned to expedite the process of negotiations. During a joint meeting of the Justice, Health, Legislative Studies, and Public Safety Committees in March, members approved a revised cannabis reform bill that had been circulated.

Although there are still plenty of details left to be discussed, there are some aspects of Mexico’s cannabis legalization proposal that is pretty much decided, in no particular order:

Legalization proponents want to see those most disenfranchised by the drug war benefit most from its legalization. Lawmakers have offered no certainty one way or the other whether this would happen, however, a previous version of legalization proposals included the significantly limited ability of big corporations to receive cannabis business licenses in Mexico.

A top Mexican senator says that cannabis legalization would generate tax revenue that could offset economic losses caused by the coronavirus pandemic. Lawmakers could have the opportunity to advance reform in a committee that’s expected to be established the first week of May.

The legalization of Cannabis has been a significant issue for years. Looking at World’s current situation, people have been fighting with certain mental conditions, anxiety, depression, and Medical Cannabis seems like a stress reliever for them but people with pre-existing conditions are an easy taget for coronavirus. Although medical Cannabis can be helpful, it can be life-threatening to some people with already having severe medical conditions. Moreover, sitting idle at home can lead to the overuse of Cannabis if legalized at this time. It’s better to extend it for some time.

Great article! Medical marijuana law offers the treatment for patients suffering from a variety of qualifying conditions. It’s an industry now and a regulated industry is an industry that keeps the community safe. I strongly agree to the legalization of cannabis as a medical use to some diseases and illness.