Nebraska Makes a Push for Medical and Recreational Legalization 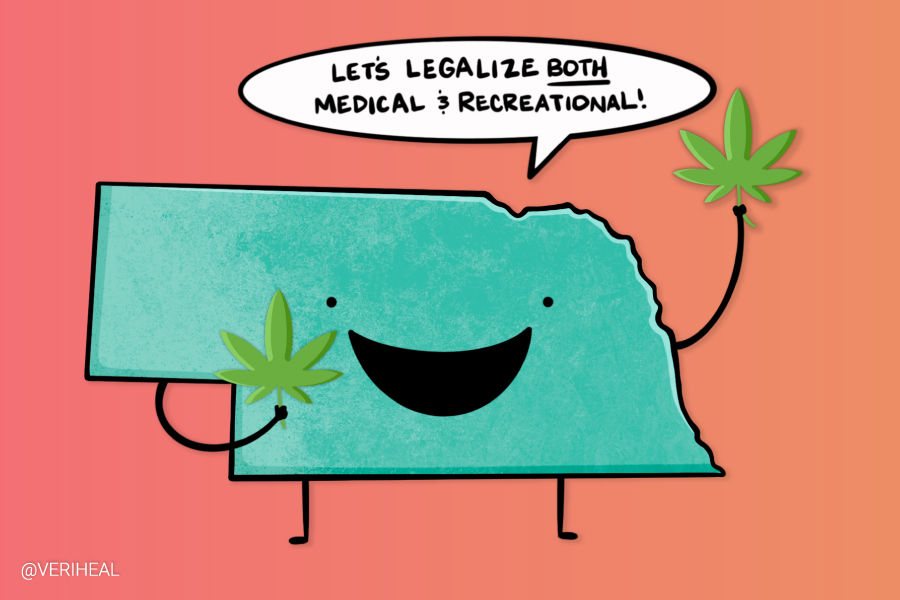 Although the path to legalization is different in every state, there are general milestones that we’ve come to expect. Ordinarily, we’ll see a state decriminalize cannabis first. Decriminalization is more of a legal reform than a lifestyle reform since it doesn’t actually affect the legality of cannabis—it only affects the penalties for use and possession. But it’s an important step, because thanks to the War on Drugs, there’s a lot of fear and misinformation surrounding cannabis. Treating cannabis possession as what it is—a minor infraction—is a powerful way to dispel some of that fear. It’s also an important way to ensure that cannabis laws don’t continue to take an unfair toll on underserved communities. The next step on the path is often the legalization of medical cannabis. This is significant because cannabis federally categorized as a Schedule I substance is a huge barrier to its acceptance. Schedule I substances are those considered to be of no medical value, so when states legalize medical cannabis, it’s a bold indication that they’re reframing the way they think about the substance. Though cannabis has yet to be rescheduled or even descheduled, states gaining an understanding that it has been wrongly classified is a powerful stepping stone.

The history of cannabis legalization in the state of Nebraska is a short one. Until now, there has been no legal use of cannabis in Nebraska. In 1969, Nebraska eased its cannabis penalties and decriminalized first-time offense to a civil infraction. In the early 2010s, when Colorado legalized cannabis, Nebraska saw an uptick in cannabis arrests near the Colorado border. Frustrated, Nebraska teamed up with Oklahoma and appealed to the Supreme Court of the United States to strike down Colorado’s cannabis legalization. The Court ended up denying their requests. In 2015, a medical cannabis proposal was blocked by a filibuster in the Nebraska State Senate. And even in recent times, Nebraska’s Governor has made public statements indicating his disapproval of the idea of any legalization at all.

Cannabis advocates in Nebraska have decided to swing for the fences with a new measure that would legalize BOTH medical cannabis and recreational cannabis simultaneously.

The ballot measure will be put forward by Nebraskans for Medical Marijuana, and the language will promote “full adult use” of medical and recreational cannabis. Nebraska State Senators Anna Wishart and Adam Morfield feel that the time is right, pointing out that a similar measure passed in South Dakota recently. Wishart and Morfield argue that Nebraska’s cannabis laws are outdated, and though this ballot measure was initially intended to advocate for medical cannabis only, it was decided that there was no reason not to include recreational cannabis and bring Nebraska into the future.

Governor Pete Ricketts, who has publicly opposed cannabis legalization on several occasions, is protesting that the new ballot measure is born out of the “misinformation” about cannabis and the idea that it is “somehow benign.” He adds that the push to legalize cannabis has its roots in for-profit companies looking to make money off the sale of cannabis products. It is unclear how Governor Ricketts came by these ideas. But what is clear is that the people of Nebraska are growing closer every day to being ready for cannabis legalization.