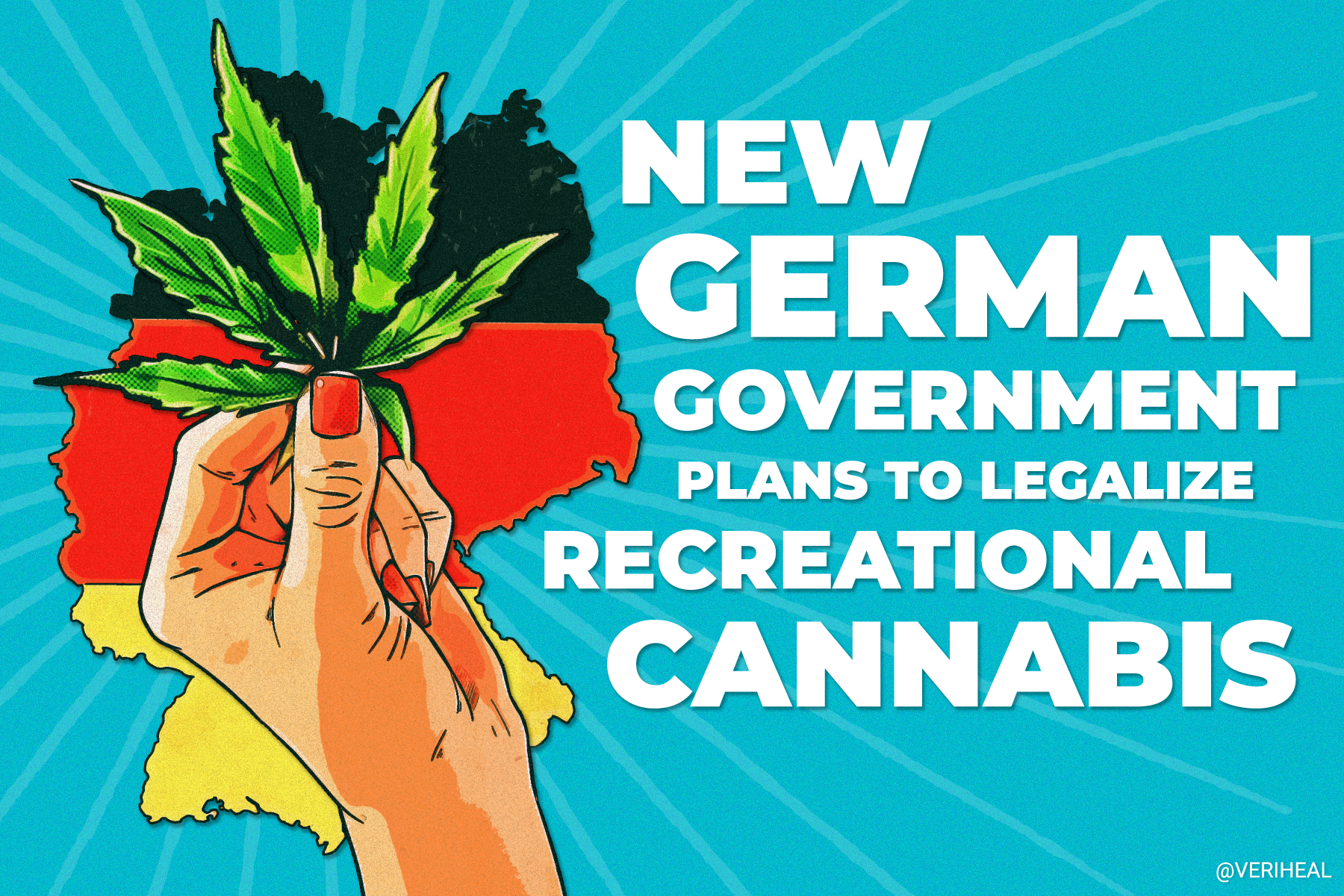 From accelerating the phasing-out of coal to wanting the German roads to be driven on by electric vehicles, the new German government promises a new age. Among the new and the soon-to-be-changing is the fact that the new government has pledged to legalize cannabis. The new coalition was sworn in just in time for Christmas and is already spreading cheer.

Chancellor Angela Merkel will be replaced by the coalition, which is formed by the Green Party, the Liberal Free Democrats, and the Social Democrats. This means that the three will work together to govern the country in the coalition—for the first time ever. During weeks of meetings, the coalition had reached an agreement on legalizing the sale of recreational cannabis in licensed shops.

The coalition was signed on Dec. 7, 2021 in Berlin, Germany, according to Politico. Social Democrat Olad Scholz has since taken over the role of chancellor and will be leading Europe’s biggest economy with a “16-strong Cabinet” that is “gender-balanced—eight men and eight women, excluding Scholz himself.” The 16 Cabinet members include seven from the Social Democrats, five from the Green Party, and four from the Free Democrats.

Not only is this new government going to pay more attention to climate change, but they are also setting an example for the inclusivity of women, all while giving some of their people what they want: legalized cannabis. According to the BBC, the coalition wants “a fairer, more liberal Germany which makes tackling climate change a priority.”

Unfortunately, the voters are divided over the new government’s plans, shown by concerns about legalizing cannabis and preventing doctors from advertising abortion services. Other controversial plans from the coalition include reducing the legal age of voting from 18 to 16 as well as promoting immigration, making it easier to get German citizenship.

The New Germany and Its Cannabis

According to Forbes, the new German government aims to use the legalization of recreational cannabis as a means to “ensure quality control, prevent the distribution of contaminated products, and guarantee the protection of minors.” This will be done through strict regulations and licensed stores.

While Galista’s estimates are already high, a study by the University of Düsseldorf suggests that the annual tax revenue in Germany could be over $5.3 billion. This is based on the proposal to regulate the cannabis market properly, including imposing a tax on sales, higher social security contributions, a wage tax, a corporate tax, and a trade tax. The study also suggests that legalizing cannabis would lead to significant savings in law enforcement and judiciary costs.

“The cannabis ban policy has failed and has not been able to curb drug use. But precisely because cannabis consumption can be harmful to health, the black market should be placed under state supervision. Regulation of the market not only increases consumer protection, because the quality of cannabis can be guaranteed, but also makes addiction prevention easier and relieves the burden on authorities and the state budget.”

The Demands DHV managing director, Georg Wurth, goes on to explain, “The ban on cannabis is harmful and expensive, billions are thrown out the window for senseless police operations. The money would be used much more effectively for education, prevention, and aid. It is time for legalization!”

Germany’s Federal Criminal Office explains that cannabis accounted for around 77% of the registered cannabis offenses in 2020 and that most of these are for drug consumption as opposed to selling or cultivation. Can you imagine the reduction in resources once consumers are no longer getting prosecuted?

Forbes goes on to explain that although the German medicinal cannabis market may only have been legalized in 2017, it has quickly become “the leading European cannabis market in terms of growth.” However, the details of the new government’s plan to legalize cannabis are yet to be made known. For example, it is unclear whether the government aims to allow its citizens to cultivate cannabis as well as by how much they plan to tax the sales.

When considering the results of a survey published by Bloomberg, it makes sense that there are doubts about the coalition’s plans to legalize cannabis. The survey conducted by the German Hemp Association found that 49% of respondents were in favor of legalizing cannabis with 46% still opposed. Bloomberg explains that this is the first time since 2014 that more people were in favor of legalization in an annual poll.

Bloomberg states that there is not yet a final decision on cannabis legalization, but the coalition and its parties have been more open-minded about it than Merkel’s Christian Democrats, who have been the authority of Germany since 2005.

The coalition is starting off with its best foot forward and big promises. However, many wonder how this new government will afford all the changes it wants to make, according to the BBC. Perhaps with the money they save in law enforcement costs and the profits they will make from the legalized cannabis market, they will be able to afford to take more drastic steps in tackling climate change.

The BBC highlights, “Germany was already struggling to keep up in an increasingly digitized world. Early on in the pandemic, it emerged that health authorities were still communicating by fax and glaring shortcomings were exposed in the education infrastructure.” These are valid reasons for concern; however, the promises made by the new government could turn out to outweigh them if put into action.