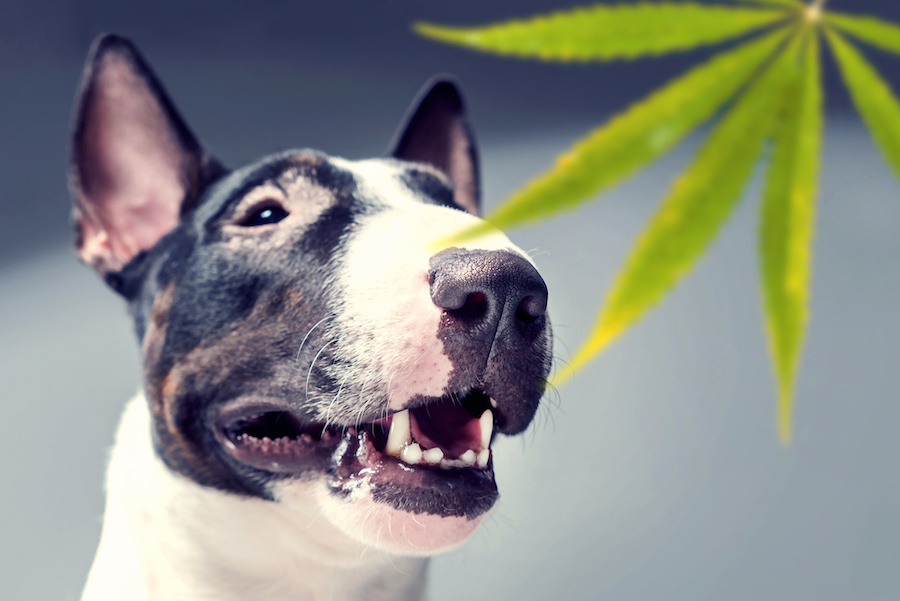 New Mexico is considering becoming the first state to include dogs in their medical marijuana program. The state’s medical cannabis advisory board has received five petitions, all requesting to include certain conditions (and companions) in their MMJ program. Most notably, one petition would allow dog owners and veterinarians to use cannabis to treat the animal’s epilepsy.

How Does THC Affect Dogs

Cannabidiol-infused (CBD) animal products have been marketed to the public for a few years now, but it’s never been an option for treatment. However, not a single state in the country has included animals in their medical marijuana program. California and New York have experienced similar proposals in the past, but none have yet been successful.

“While marijuana use can be a pleasurable experience for people, it can be scary and dangerous for dogs,” according to a press release from the American Veterinary Medical Association. “Tetrahydrocannabinol (THC), the intoxicating substance in cannabis that produces a high for humans, is toxic to dogs and can cause vomiting, incoordination, depression, sleepiness or excitation, low blood pressure, low body temperature, and seizures. Death is rare but there have been a few cases reported.”

Results Have Yet to be Determined Because the Vote is Delayed

The board meeting to vote on these proposals was set for December 10, 2019. Unfortunately, the meeting was delayed because not enough board members were available for it to continue. Laura Brown, the only board member to make the meeting, announced that many items would be delayed for at least 30 days, as well as apologized to the public.

Epilepsy is one of the many conditions approved under New Mexico’s medical marijuana program. Activists believe that if humans can use these products to treat this condition, then their pets should have the same right. This program serves around 78,000 people a year in the state.

Other conditions that were up for debate, but also delayed, included anxiety disorder, Tourette’s syndrome, and attention deficit hyperactivity. Like dog owners, these people must also wait at least another 30 days before they will be considered for the program. Additionally, the names of the petition sponsors have been withheld by the New Mexico Department of Health

It seems the state of New Mexico has the right ambition to get as many conditions and canines on the medical marijuana program as possible. It’s going to take time, however, for board members to take this request seriously. Hopefully, a decision will be made sometime around the new year, when the state submits its updated medical cannabis program. If the state successfully includes dogs in their program, many others can expect to see similar petitions soon.