Home News New Research Shows Why You Should Drop Your Dealer

New Research Shows Why You Should Drop Your Dealer 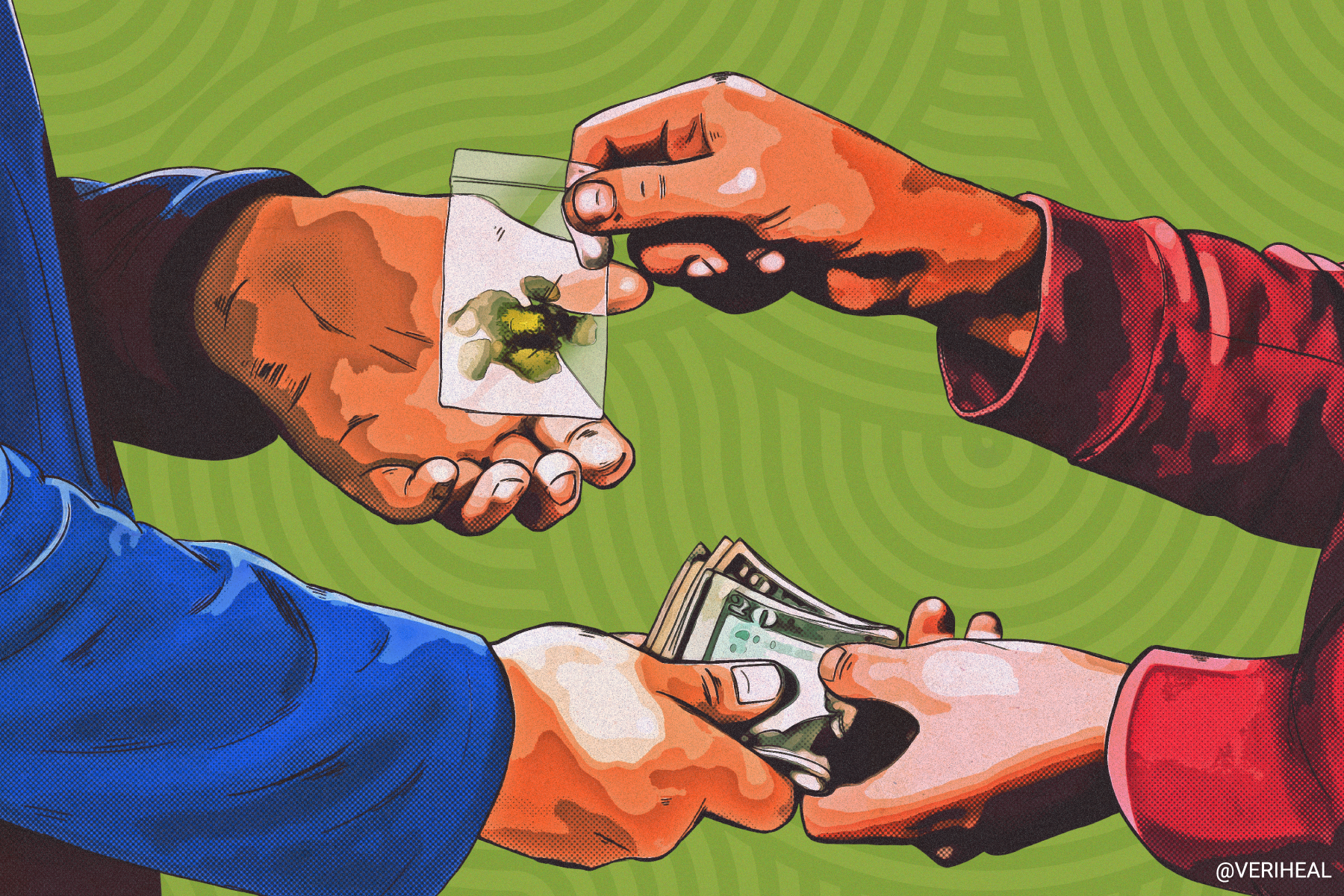 Regulated cannabis dispensaries offer consumers peace of mind in terms of safe, quality products. However, the illicit cannabis market is still thriving. When considering the illegality of cannabis in many states and the ease of purchasing from illicit dealers, it isn’t difficult to see why these illicit markets are still popular. However, the question needs to be asked: What happens when you purchase a potentially harmful product from your neighborhood dealer?

A variety of factors lead to the deterioration of the quality of cannabis from seed to sale, especially in the illicit market where quality control is often lacking. A recent study has found that illicit cannabis contains high levels of dangerous chemicals with a lower cannabinoid percentage than advertised.

Many may not be thinking about the potential danger of purchasing contaminated products, or that they could be purchasing a product with less THC than what they paid for. But the time has come to recognize these shortcomings of the illicit market and ditch your dealer for safer means of accessing cannabis. Giving up your dealer in locations where cannabis is illegal seems illogical, but the truth is that there is nothing worth sacrificing your health for.

The Ontario Provincial Police (OPP) tested some seized, illegal cannabis across the province in order to provide insight into illegal cannabis products. Warnings are often not enough to convince cannabis consumers to stay away from the illicit cannabis market, but perhaps the results from the OPP will be enough to make one seriously reconsider consuming cannabis from unregulated sources.

In 2020, the OPP used results from the National Research Council of Canada (NRC), which displayed varying levels of THC ranging from less than 1% to almost 80% in cannabis vaping samples. While most of the illicit products do not advertise their cannabinoid content, six of the products being tested advertised THC content of more than 90%. In actuality, those products only held quantities of THC between 45% and 60%, compared to legal cannabis concentrates with 80% THC content or more.

In addition to the variances between advertised and actual cannabinoid content in illicit products, there is an even greater risk of consuming “harmful fillers and contaminants.” The NRC also analyzed the vape samples, in addition to some dried cannabis samples, for 96 pesticides using its validated method. Alarmingly, levels of a pesticide called myclobutanil were “several thousand times higher than the detection limits set by Health Canada” in some of the samples. The full list of pesticides detected in the samples includes:

The Potential Risks to Cannabis Consumers

Some of the pesticide levels discovered by OPP were 100 times higher than listed limits, raising concerns about the health impact for consumers. When it comes to myclobutanil, the risk lies in the fact that the compound can generate hydrogen cyanide when heated. This then turns myclobutanil into a dangerous toxic compound, which is linked to various cardiovascular, respiratory, and neurological illnesses.

These pesticides can also pose risk to the environment and communities. The OPP works with the Ministry of the Environment and Conservation and Parks to combat the environmental impact of illegal cannabis production operations. The OPP stated, “During one inspection…MECP found large open holding tanks filled with liquid fertilizer connected to a stormwater pond that ultimately discharged into a municipal drain. Approximately 75,000 containers of soil were found at the location, and through a small sample collection, the presence of several hazardous pesticides that require special management were identified.”

The OPP’s Cannabis Enforcement Team (PJFCET), which includes the OPP and various other police departments, is responsible for enforcing cannabis laws and investigating criminal enterprises which exploit or abuse the legal cannabis market. The PJFCET has seized over 180,000 cannabis plants, thousands of pounds of dried cannabis and concentrates, and other drugs from the illicit market for the sake of public safety.

The OPP concluded its report by stating that they are committed to “unmasking the threats inherent with criminal cannabis.” Whether the low quality of illicit cannabis or the potential for exposure to harmful chemicals scares you more, it’s time to drop your dealer.