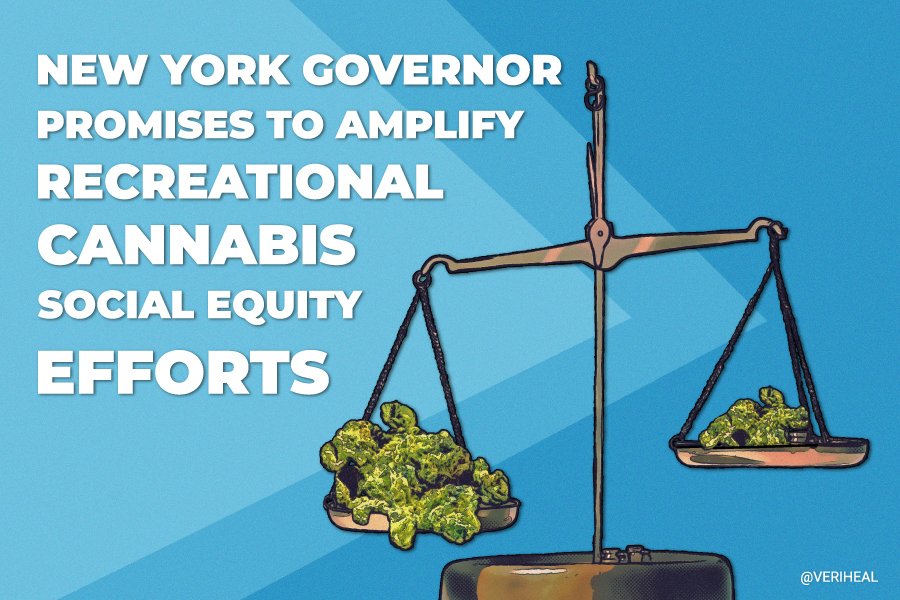 More people are being encouraged to apply for social equity licenses in New York following Gov. Kathy Hochul’s recent announcement of a $200 million fund to support applicants. As New York gears up to distribute licenses among retail store owners who wish to sell cannabis to adults aged 21 and above, the announcement is being warmly welcomed by most.

Why? Individuals who manage to bag one of the highly sought-after licenses will have the opportunity to open a business without worrying about the monetary aspect. Based on estimates, the newly legal cannabis industry in New York could generate revenue upwards of $4.2 billion by 2027.

According to Hochul, the “industry must create opportunities for all New Yorkers, particularly those from historically marginalized communities.” With that being said, the fund will “support social equity applicants as they plan for and build out their businesses.”

Hochul’s announcement took place during her State of the State address in Albany on Wednesday, Jan. 5, when she publicly discussed a number of important issues. Cannabis aside, the 63-year-old politician also vowed to invest $10 billion to enhance the state’s ravaged health care workforce, direct funds to tackle gun violence issues, and possibly develop a new transit line.

As part of the $200 million private fund being proposed by New York’s governor, Black entrepreneurs will be granted priority status to obtain direct capital and startup business financing. The state also intends on developing a state-operated business incubator. Seeded by tax revenue, licensing fees, and private investment, the fund is sure to be an integral element of what is expected to be “the most diverse and inclusive” cannabis industry in the nation.

In addition to financing, a generous 50% of all business licenses will be set aside specifically for social equity applicants. However, the market is not yet live—Cannabis Control Board Chair Tremaine Wright described the 18-month timeline from last March’s adoption of adult-use cannabis legislation as “reasonable” yet “aggressive.”

Examples of some groups of people that will fall under the “social equity” umbrella include distressed farmers, service-disabled veterans, female-owned businesses, minority-owned businesses, justice-associated individuals, and people from impacted communities.

On March 31, 2021, the Marihuana Regulation and Taxation Act (MRTA) was officially signed into law by former Gov. Andrew Cuomo. The bill’s passing effectively triggered the formation of the state Office of Cannabis Management, as well as the Cannabis Control Board. Both act as the main providers of regulatory oversight for New York’s recreational cannabis industry.

Although social equity programs have proved effective in other states—e.g., in Colorado, one lucky social equity advocate bagged $4 million in funding to launch a cannabis-focused business—many industry insiders have raised concerns about the mechanism suggested by Hochul. Executive director of Minority Cannabis Business Association (MCBA), Amber Littlejohn, finds the idea appealing but is apprehensive about the restricted timeline for social equity applicants getting involved in the nascent market.

Her main concern stems from the source of funding: licensing fees and taxes. Since these streams of revenue are dependent on the market being up and running, Littlejohn is perturbed at the thought of social equity applicants being forced to wait until the market is officially active.

“I love the spirit; $200 million sounds good, but if it comes after the market has already opened, then it has come too late,” Littlejohn told reporters. MCBA is recognized as the first nonprofit organization to bolster the cannabis industry.

Meanwhile, leading members of the New York Assembly and Senate recently submitted bills to provide currently-operating hemp businesses with provisional cannabis cultivator and processor licenses. The main goal of this effort is to further promote equity in the state’s flourishing legal cannabis industry.

“[It is] necessary to allow for a timely establishment of the adult-use cannabis market by allowing for the temporary conditional cultivation and processing of adult-use cannabis as soon as is feasible,” reads a segment of the bill, which stipulates that potential conditional license holders must have gained authorization from the State Department of Agriculture to cultivate hemp as of Dec. 31, 2021.

Additionally, anyone who hopes to get their hands on a license must be able to prove that they have cultivated hemp for the past four years, as well as demonstrate their willingness to “participate in an environmental sustainability program and a social equity mentorship program.” Peoples-Stokes and Sen. Liz Krueger (D) sponsored last year’s recreational cannabis legalization law.