Home News Pennsylvania’s Governor Has a Plan for Legalization – But is There Time?

Pennsylvania’s Governor Has a Plan for Legalization – But is There Time? 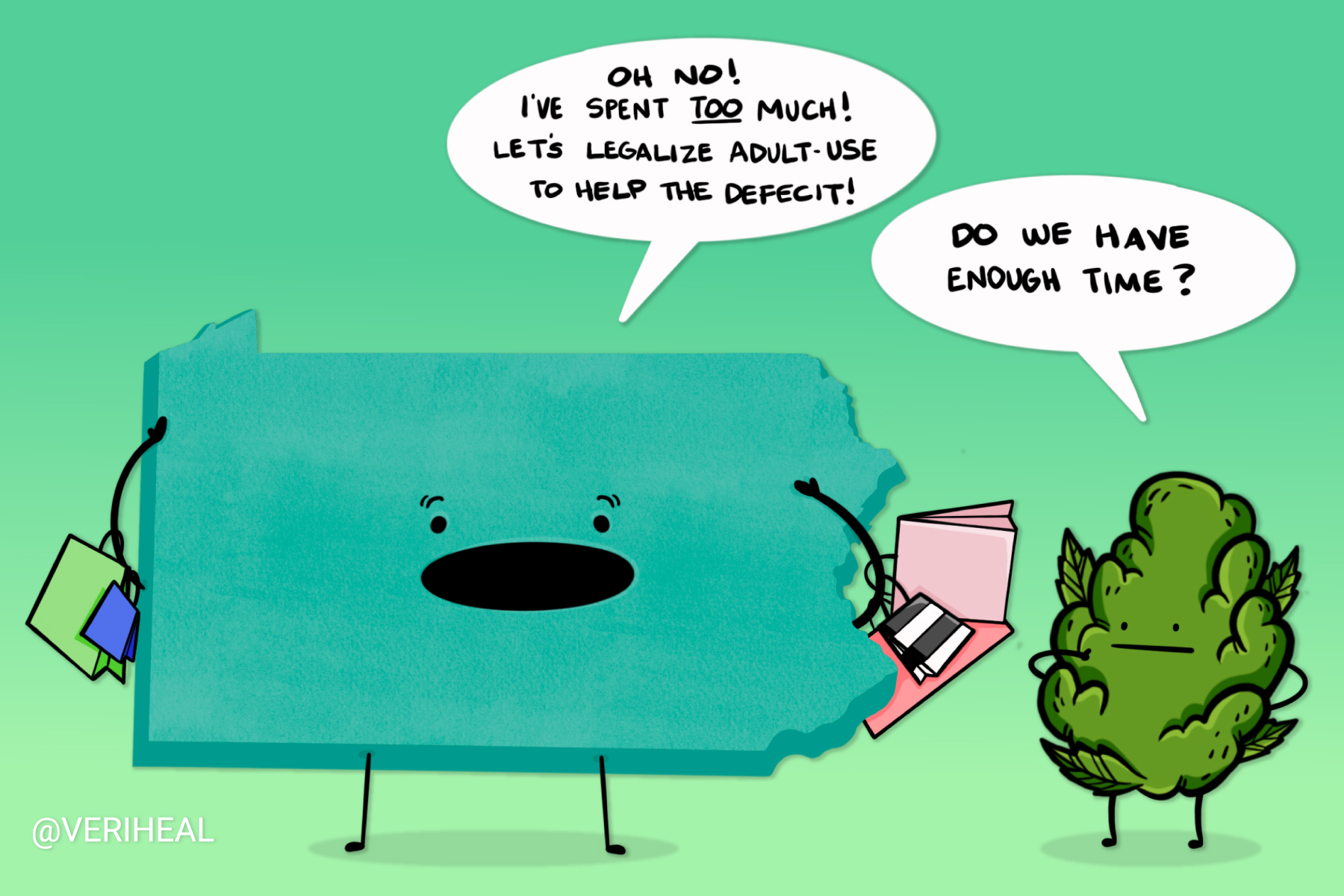 Like many other lawmakers, Tom Wolf, the Governor of Pennsylvania, is looking to capitalize on the monetary advantages of legalizing recreational cannabis. These days lawmakers spend and abuse funds until the deficit is out of control. The new answer for everyone’s tax problems seems to be to legalize cannabis and tax it to the max. New York and Pennsylvania are both on the same page when it comes to trying to put money back in the bank by taking it from the cannabis industry.

On the up and up, though, Gov. Wolf is looking at not only legalizing recreational cannabis but, has a long list he plans on tackling throughout 2021. One of the items on his agenda that fits right in with cannabis legalization is Criminal Justice System Reform. Just by legalizing cannabis alone, the current state of the criminal justice system would be reformed.

According to The United States Census Bureau, Pennsylvania is home to an estimated 12 million-plus people. Medical cannabis is legal in Pennsylvania, and many of the towns across the state have decriminalized cannabis possession of one ounce or less for adults. Fines start at around $50 and go upwards of $500. With medical and decriminalization laws in place, you would think that arrest rates for cannabis would have dropped. When you look at the numbers, however, you will see that they did, and they didn’t.

In 2019 the state saw a decrease in cannabis arrests, but the arrests were still higher than in 2009 when there were no decriminalization or medical cannabis laws in place. It would seem that a great way to start out overhauling the criminal justice system would be to tell the police to stop arresting people for a plant. Recreational legalization would help this, but officers are still wasting all kinds of tax dollars and time that could be spent focused on real crimes by arresting people for low-level cannabis offenses when they shouldn’t be.

Pennsylvania Governor Wants to Legalize Cannabis to Address the Deficit

When it comes to cannabis being legal in the eyes of some cops, they are blind. You just can’t teach an old dog new tricks I suppose. But, if we could, it would most certainly help with criminal justice reform in the state of Pennsylvania. Approaching the end of 2020, PA was facing a deficit of an estimated $5 billion. Some reports have now put that figure closer to $9 billion. Last year when Gov. Wolf was asked about the deficit, he told media sources, “All of us are going to be looking, scrambling to find ways to plug that deficit.”

Apparently, his solution to helping that debt is to legalize and tax recreational cannabis and raise taxes on natural gas production. Both of these would help produce money, but at what cost? Gov. Wolf asked the federal government for 9 billion dollars, a government that is trillions of dollars in debt already.

It seems the problem is lawmakers and their misappropriation of public funds. They spend uncontrollably and are never held accountable for their actions. Now with our economies in turmoil, it doesn’t seem right to leave the rebuilding of said economy in the hands of those who drove us off the road in the first place. Seriously though, what sense does it make to give more money to the sources (lawmakers and elected officials) that caused the problems? This country deserves better than more of the same old guano.

For a Governor, whose term is coming to an end, it seems he should have done more from the start to help relieve the pressure of debt experienced in PA than to raise taxes on natural gas production. Cannabis should have been legal in 2017, and the state would already be capitalizing on the budding multi-billion-dollar legal cannabis industry.

A Positive Note from PA

On another positive note for cannabis consumers, Dr. Rachel Levine, Pennsylvania’s Secretary of Health, was nominated by President Biden for the position of Assistant Secretary of the US Department of Health and Human Services. Dr. Levine was considered to be a pivotal influence in the expansion of PA’s medical cannabis laws. Her presence in office could help reform our current draconian federal government.

Governor Wolf has several other things on his agenda for 2021. The main thing he is focusing on is to get Pennsylvania back on track. He’s looking to allocate $145 million immediately to Pennsylvania businesses and inject billions into a workforce development system that has been reformed. He believes Pennsylvania needs to invest in public infrastructures such as school buildings and more. Governor Wolf is also looking to increase the minimum wage to $12 an hour, paving the way to a $15 an hour minimum wage in the future. There’s more to his plan, but to me, it seems it may be a little late in the game to get this done.

Slower DELAWARE is WAY behind PA. The main reason being the law enforcement does not want to give up their main leverage to search, seize, incarcerate innocent people just trying to ease their pain. The money being lost could help fund the opioid epidemic . The demon that really plaques our society. DE.Cannabis.org volunteer