Relax, You Won’t Find Edibles in Your Halloween Candy 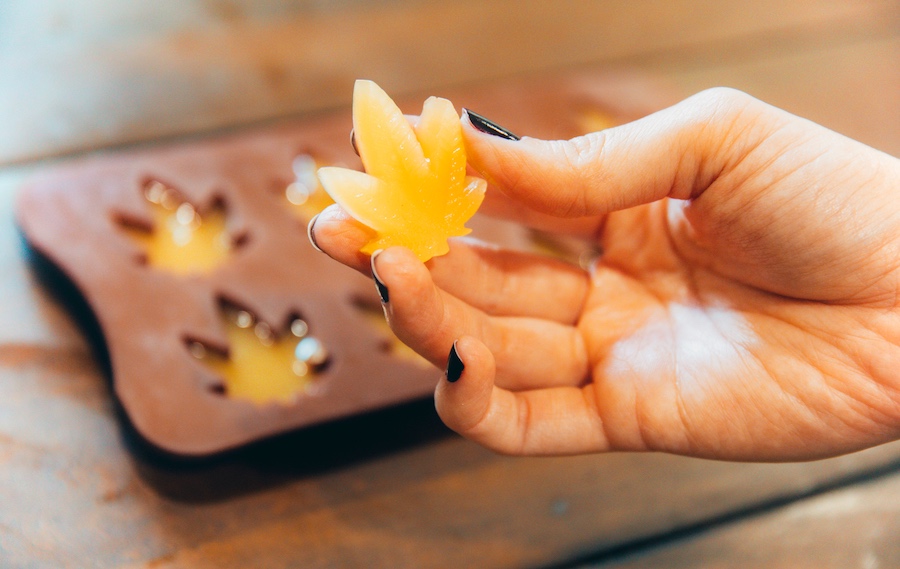 As Halloween approaches, and the legalization of cannabis continues to grow popular throughout the United States, some parents are fearful of finding gummy edibles in their kid’s trick or track bag. This paranoia has been around since the 70’s, but very few incidents have occurred, and none have ever happened intentionally.

THC laced edibles, such as gummies or brownies, are sometimes hard to distinguish from normal treats, but that doesn’t mean they will be popping up in any Halloween candy bags. In 2000, a California post office employee accidentally handed out miniature snickers that contained THC inside. The employee found the bag at work and handed it out that night, not realizing it was an attempt to smuggle 5 ounces of cannabis to San Francisco. Obviously, the parents recognized what was going on and immediately notified the authorities.

Now, actual edibles are much harder to distinguish, in fact in 2014 the Denver Police Department released several images of edibles asking parents to guess which is an edible and which isn’t. More recently, in 2017 the New Jersey Attorney General Gurbir Grewal released a public awareness for ‘marijuana candy’ weeks before Halloween, claiming a significant presence in the area. This comes just months after a 10-year-old New York boy accidentally ingested a cannabis-laced gummy and was sent to the emergency room.

This goes to show that although it does happen, it is incredibly rare. Although it is always better to be safe than sorry, there actually hasn’t even been an official case of someone intentionally handing out edibles instead of candy on Halloween. Besides jail time, there are a lot of reasons why this would never happen.

First, no one is going to give away their herb for free, especially to minors. Yes, legalization is becoming more popular throughout the country, but there would be no benefit other than potentially risking children’s health and safety. Another reason why this is unlikely to happen is because of the potency/ packaging. If someone decided it would be hilarious to give a bunch of kids some edibles, they would have to create some elaborate packaging for the edible to not smell. In the rare occasion that a child does ingest an edible, whether it’s on Halloween or not, the child should seek medical attention immediately. Edibles are very potent and could contain as much as 1000 mg of THC per package. Children who have ingested THC run the risk of experiencing nausea, paranoia, nervousness, loss of coordination, sleepiness and possibly respiratory issues.

As always, it’s recommended to check your children’s candy before they eat it, and always be on the lookout for foreign packaging, and smell before you taste. Not to add to any paranoia, but there are actually a lot more than just edibles you should be worried about. Razor blades, needles, ecstasy, heroin and other chemicals have all been found in Halloween candy at one point. In fact, according to Snopes, there have been around 80 reports of sharp objects adulterating food in the past 60 years. Most of the time the reports are false, but every once in awhile, there will be someone who thinks this is a hilarious prank to pull on a relative.

For parents who are still worried about their children finding a THC-infused gummy in their candy stash, there is a new $15 test kit that can detect THC in food. Denver-based company CB Scientific has created a cheap way to see if any candy is tainted. Simply pinch off a piece of the candy, put it in a tube and add some solution and dye, and wait to see if it’s positive or not depending on the color it turns.

It’s understandable to be nervous about what your kids will find this year in their Halloween bag, but it’s safe to say you’re very unlikely to find any edibles. Granted it is challenging to differentiate the two when they are out of the packaging, but as long as both you and your kid are vigilant, this issue shouldn’t come up.