Research Links ‘Runner’s High’ to Cannabinoid Receptors in the Brain 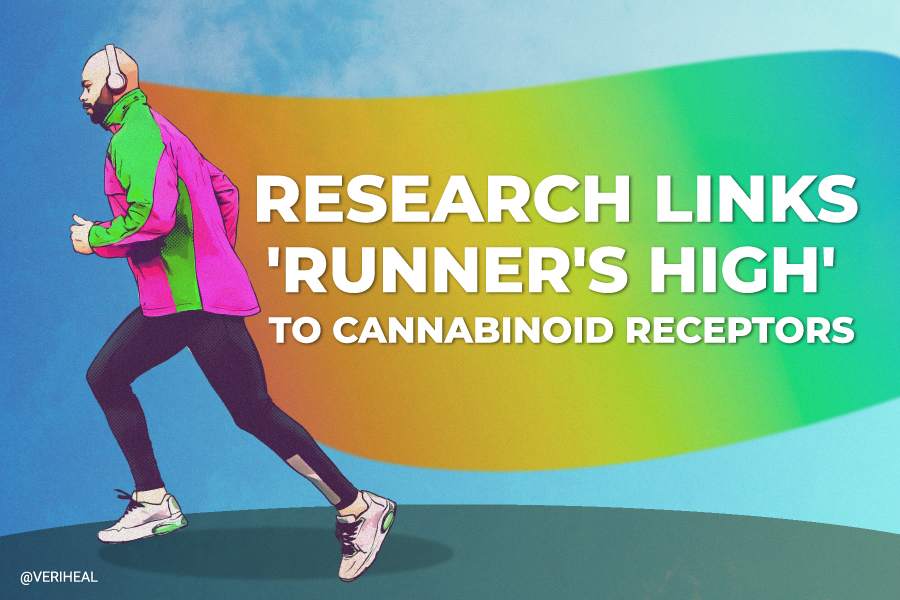 Have you ever wondered why so many people are dedicated to running? While running has a whole list of benefits, one of the main appeals of this form of exercise is what we know as the “runner’s high,” described by Healthline as “a brief, deeply relaxing state of euphoria.” Endorphins have long been connected to the runner’s high phenomenon, but new research has found that cannabinoid receptors—the very ones cannabinoids from cannabis bind to—play a key role.

Should Endorphins Be Getting All the Credit?

The research—which summarizes nearly two decades worth of work on the matter—was conducted by Hilary Marusak and a team of other researchers. Marusak is a neuroscientist at the Wayne State University School of Medicine, where she uses her lab to study brain development, mental health, and the role of the endocannabinoid system in stress regulation and anxiety disorders.

According to Marusak, there are several decades worth of research proving that exercise is beneficial for one’s health. Those studies have found a consistent link between physical activity and reduced risks of various conditions, including cancer and heart disease. Scientists initially found exercise to increase endorphin levels in blood, delivering a host of effects like pain relief.

However, endorphins cannot cross into the brain through the blood-brain barrier, which made researchers wonder if these chemicals could be held fully responsible for the runner’s high sensation. Deeper dives into the matter determined that endorphins “are not likely to be the main driver for the beneficial effects of exercise on mood and mental state,” which is where Marusak and her team’s research comes in.

To get a better understanding of the runner’s high, the team conducted a systematic review and meta-analysis of 33 published studies that looked into endocannabinoid levels and exercise. They then compared “the effects of an ‘acute’ exercise session—like going for a 30-minute run or cycle—with the effects of ‘chronic’ programs, such as a 10-week running or weightlifting program.” This division was made because different levels of exertion may have “distinct effects on endocannabinoid responses.”

The team found that “exercise readily increases the levels of the body’s endocannabinoids, which are molecules that work to maintain balance in the brain and body—a process called ‘homeostasis.’” The acute exercises specifically were consistently boosting endocannabinoid levels across the studies they reviewed.

In terms of the endocannabinoid levels, they found that those levels were elevated across various types of exercise, including the likes of running, swimming, and even weight-lifting. These results were consistent regardless of any potential preexisting health conditions. Additionally, endocannabinoid levels were raised more effectively from moderate levels of intensity in contrast to lower intensity exercises.

Specifically, the effects in those studies were most consistent with a “chemical messenger known as anandamide—the so-called ‘bliss’ molecule, which was named, in part, for its positive effects on mood [as opposed to endorphins].” While endorphins were thought to be the reason behind the runner’s high, studies now point to endocannabinoids “as the star players in the runner’s high.”

Many people do not realize that our bodies make their own versions of cannabinoids like CBD and THC called endocannabinoids. The “endo” part of endocannabinoid refers “to those [cannabinoid compounds] produced in the body rather than from a plant or in a lab.”

So endocannabinoids and cannabinoids work similarly within the body but are derived from different sources—which is why running does not have the same effect on the body as smoking cannabis. Next time you need a little boost of happiness, try going for a run and feeling your body’s endocannabinoids at work.