Home Research Cannabinoids and the Endocannabinoid System: A Match Made in Heaven

Who would have thought that a plant once feared for being a “gateway drug” – a myth that has actually been debunked by the Drug Enforcement Administration (DEA) – could quite possibly be the missing piece in a complex puzzle called health?

Thanks to an ever-growing smorgasbord of scientific evidence and research, the public’s perception on pot is changing, and quite rightly so, as per a recent Gallup poll.

Cannabis is more than just a social ingredient or for getting stoned. Our bodies are specially designed to produce and utilize the chemical compounds in cannabis, better known as cannabinoids. Δ9-tetrahydrocannabinol (THC) and cannabidiol (CBD) are the most well-known cannabinoids that are found in the cannabis plant.

When cannabinoids enter the body, they interact with the body’s endocannabinoid system (ECS), which consists of fat, or lipid-based, neurotransmitters, according to a 2018 article in the journal Neuropsychopharmacology.

The endocannabinoid system is responsible for keeping your body toasty through maintaining homeostasis, as well pain perception and modulating the system’s response to inflammation. This lipid signaling system is made up of several different endogenous endocannabinoids, including anandamide (AEA) and 2-arachidonoylglycerol (2-AG).

Recent advances in scientific research indicate that the ECS may have therapeutic benefits for the treatment of diseases. Additionally, early research has correlationally shown that access to medical cannabis is related to a decrease in filling opioid prescriptions, combatting the current national opioid crisis (9) (10).

Enter cannabinoids, which are emerging as a natural and non-lethal option for those living with an ever-growing list of medical conditions and ailments. According to Mayo Clinic Proceedings, the lack of CB (cannabinoid) receptors in our brain’s breathing centers explains why THC overdose deaths in humans are nonexistent.

Cannabinoids are the chemical compounds found in the cannabis plant. In addition to THC and CBD, there are over 150 different cannabinoids found in this plant. It is believed that when cannabis is consumed through inhalation, tinctures, and edibles, cannabinoids basically combine together, creating stronger health effects and the entourage effect.

When the balance of the body’s physiological functions falls out of sync due to a cannabinoid or CB receptor deficiency, an illness may arise from the lack of the body’s ability to maintain correct endocannabinoid levels. Science has shown that there are suggested, but still controversial, links between CB receptor deficiency and certain illnesses. This is where cannabinoids from plants like CBD may come in handy. Even though this information wasn’t available to humankind before technology swept across the globe, our ancient ancestors seemed to know a lot more back then than historians might have initially realized.

The Ancient Chinese used cannabinoids for medical purposes, as opposed to using them for their intoxicating effects, since they probably grew CBD-dominant hemp. THC is the cannabis plant’s primary intoxicating cannabinoid responsible for inducing a “high.” CBD is its non-intoxicating cousin and has been widely researched for its efficacy in medical applications.

Even pharmacies in the United States stocked medical cannabis on shelves before prohibition kicked into effect in 1937. Some years later in 1964, THC was isolated for the very first time by Israeli chemist Raphael Mechoulam (read more about him here). This wasn’t the first time a cannabinoid had been isolated, however. Cannabinol (CBN) was isolated by Wood, Sivey, and Esterfield way back in 1895. It is one of the hundreds of lesser-known cannabinoids derived from the cannabis plant. Currently, CBN is being studied for its ability to help people sleep as well as its ability to help muscles relax.

Now, let’s not get confused with cannabinoids. Endocannabinoids are the lipid, or fat-based, retrograde neurotransmitters that bind to cannabinoid receptors. They comprise the endocannabinoid system, which is one of the largest biological networks inside the human body, located in just about all of the body’s organs. CB receptors are also among the most abundant receptors in the brain.

Endocannabinoids also bind to CB receptor proteins scattered around the peripheral nervous system and the central nervous system, which includes the brain and spinal cord. When and why they are released depends on what imbalance has occurred inside the ECS. THC is known to directly activate both CB1 and CB2 receptors. Interestingly, CBD does not directly activate either CB1 or CB2 receptors, but rather it changes the way that THC will interact with that receptor.

The many roles of endocannabinoids include regulating a plethora of physiological functions including appetite, cardiovascular activity, gastrointestinal activity, hormones, inflammatory reactions, mood, memory, metabolism, motor control, pain perception, reproduction, sleep, and vision. There is still a lot left to be learned about the ECS and its exact functions and therapeutic potentials, though there are now cannabis-based prescriptions for a few medical conditions that are able to help modulate the ECS. These prescriptions can be difficult to get and are very expensive.

With the rise in legal cannabis comes an increased demand for cannabinoid-based treatments and for those who may not be able to access natural treatments, synthetic alternatives prove appealing. However, synthetic cannabinoids are not favored by the ECS quite like the cannabis plant’s naturally-occurring chemical entourage of compounds are (8).

Natural is the way to go if you’re searching for CBD oils to help regulate the ECS, and you don’t want to feel “high”. Since it is non-intoxicating and does not lose its effectiveness over time, there’s no wonder why the Hemp Business Journal estimates that the CBD market will swell to $2.1 billion by 2020.

Synthetic cannabinoids may produce effects similar to those produced by CBD, THC and other cannabinoids, but they are pro-psychotic substances. What this means is that the risk of developing a mental health condition increases when someone with a family history of them uses cannabis in its synthetic form. Certain synthetic cannabinoids can even be dangerous, so it is very important to know what you are buying by purchasing products with chemical breakdowns, such as those found in cannabis dispensaries

With that being said, make a safe choice when buying cannabinoids by choosing a trusted resource that sells plant-derived, independently tested cannabinoids from trusted U.S. manufacturers. For more information about CBD, checkout our CBD guide. (Your endocannabinoid system will thank you later!)

Bethan Rose is a cannabis advocate, writer and traveler with no permanent address. Currently based in South Brazil, she can usually be found curating cannabis content on her hammock.

I have severe arthritis in my knees. And in severe pain everyday please let me know if you can help me.

Hey there! Yes, we can definitely help you, that’s what we’re here for.

I like this article and the cool diagram, though would like to see an article or an expansion of this article with more cool diagrams on how non heated cold processed raw cannabis with THCa or CBDa affects the endocanabinoid system. Thanks! 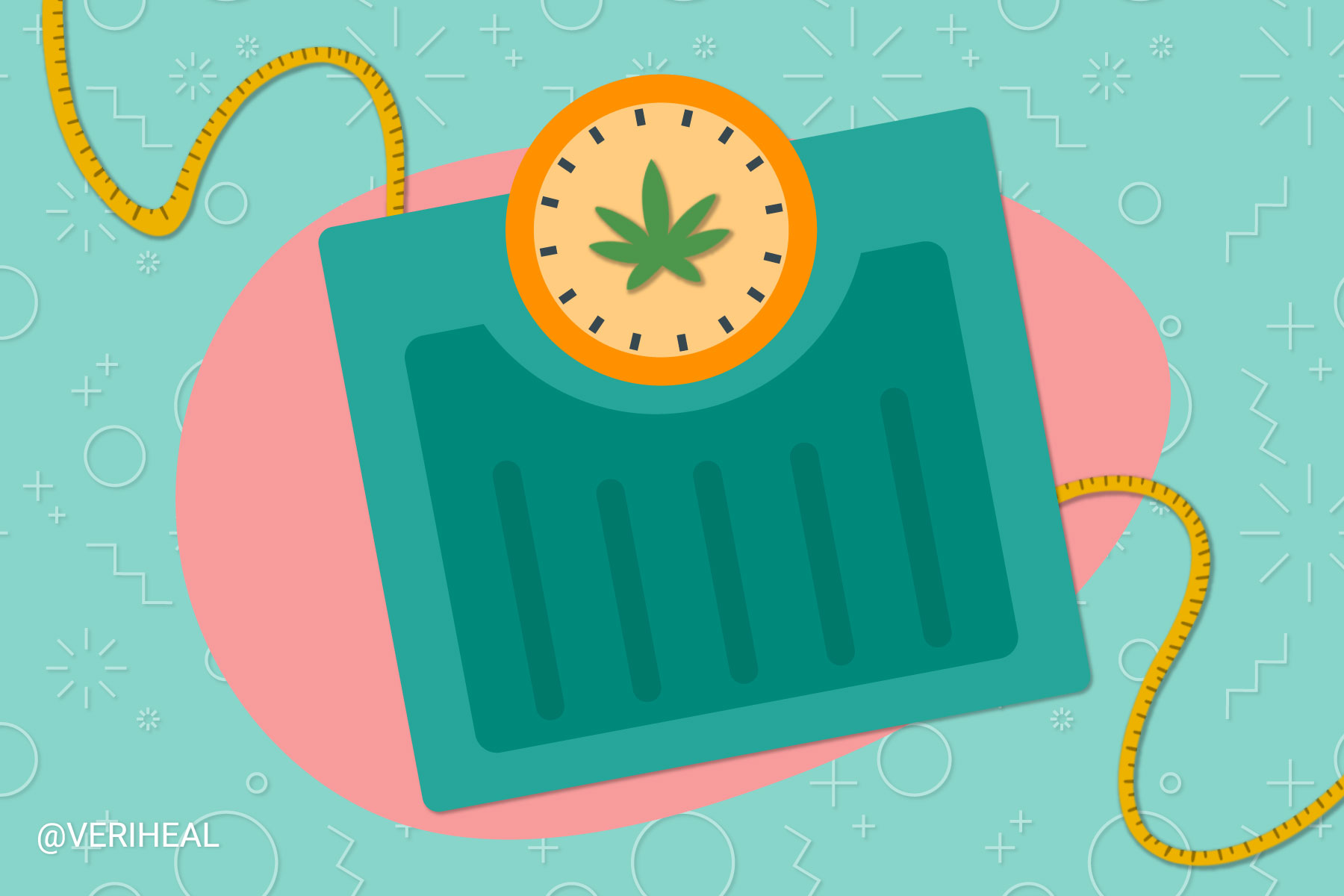 When a state legalizes medical cannabis, it’s normal for there to be a period of growing pains such as shortages of products…

Virginia’s governor expedites the date for recreational legalization. New Yorkers are now free to enjoy the pleasures of cannabis, and the University…