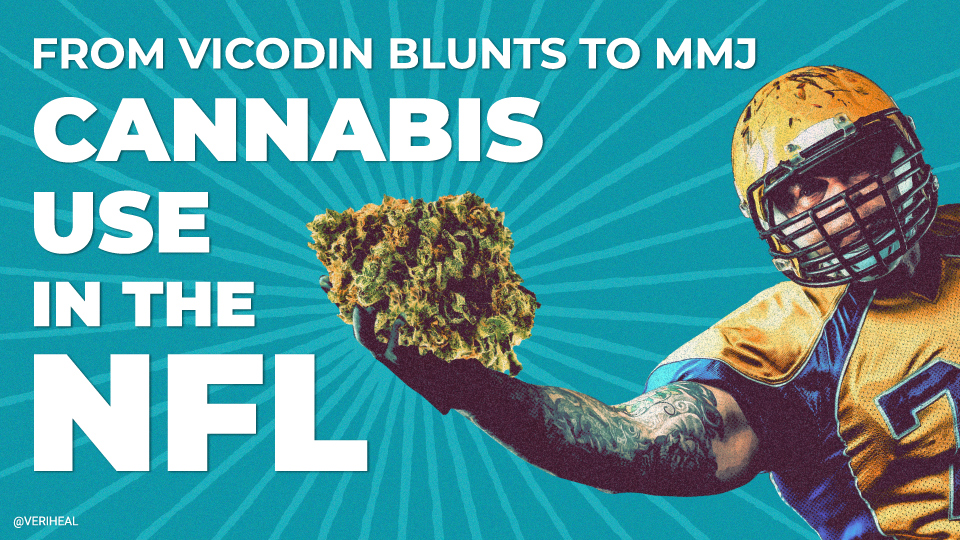 A former NFL player shared some cannabis stories, medical cannabis programs saw huge enrollment gains, and President Biden said his plans to free all cannabis prisoners are in the works.

Former NFL running back and Heisman Trophy winner Errick Miron—formerly known as Ricky Williams—recently dished on all things cannabis and football in an interview with USA Today.

Miron started by recounting the first time he learned just how prevalent cannabis and drug use was in the NFL. As a rookie, he remembers a veteran teammate inviting him over to his house. The teammate—wanting to show a young Miron how veterans take care of themselves during the brutal NFL season—“pulled out some cannabis, crushed it up, split a blunt, opened it up, put the cannabis in there, took a Vicodin, crushed it up, sprinkled the Vico in there, rolled up the blunt and passed it to me,” Miron recalled.

The former running back also discussed an incident involving edibles. “I was playing for the Ravens,” he said, “and one point we were in the playoffs and I was leaving the facility and there were guys coming in with a plate full of brownies.” According to Miron, “They [were] going to go watch film, so yeah…”

As Miron finished sharing the tales of his past, he spoke about a future where players would no longer need to hide their cannabis use from the league. “Things have changed a lot,” he stated, “and now, because it’s [cannabis] more legal, it’s to the point, why wouldn’t you [use it] if you’re in the NFL?”

Miron believes cannabis can be the solution to the league’s rampant prescription pain killer problem. “I think in the future, teams are gonna be supplying cannabis for the players because they’ve realized it’s a healthy alternative [to] pharmaceuticals,” Miron said. He may not be too far off! Earlier this year the NFL announced it would be funding a study into cannabis’ potential to replace prescription medication for athletes suffering from post-concussion syndrome.

What are your thoughts on Miron’s stories of NFL cannabis use? Do you agree with his belief that the league will embrace cannabis sooner than later? Let us know in the comments!

A new report from the Annals of Internal Medicine revealed some eye-opening figures about the medical marijuana industry. According to the report, medical cannabis program enrollment increased by 400% between 2016 and 2020.

The immense growth in medical cannabis enrollment is consistent with an overall increase in cannabis consumption around the world. In fact, it is now estimated that 209 million people use cannabis worldwide. It is clear that medical marijuana is not going anywhere.

We at Veriheal are glad to be part of this growing movement to embrace cannabis’ medicinal uses. Click here to find out if you qualify for a medical cannabis card in your state!

Earlier this month, President Joe Biden revealed that his administration is “working on” plans to fulfill his campaign promise to free all individuals incarcerated on cannabis charges. The plan, Biden added, involves legislation in an upcoming crime bill that the president didn’t elaborate on. Biden’s remarks are the first he’s made about his cannabis-related goals since entering office over a year ago.

The president’s statement comes after frustrations over his lack of action on cannabis reform have reached a boiling point. To date, Biden has received letters from numerous representatives, including Elizabeth Warren, Bernie Sanders, and Cory Booker—as well as other advocates and celebrities—reminding him that his continued inaction is hurting countless Americans.

While Biden’s recent remarks may take some pressure off him, their vagueness does not inspire much hope. To his credit, however, Biden did recently take action to free 75 non-violent drug offenders using his clemency powers. Only time will tell if the president finally makes good on his campaign promise.

What do you think of the president’s recent remarks about freeing cannabis prisoners? Do you believe we’ll finally see some action on cannabis reform? Let us know in the comments!