Home News Should There Be Limits and Regulation Placed on THC Potency?

Should There Be Limits and Regulation Placed on THC Potency? 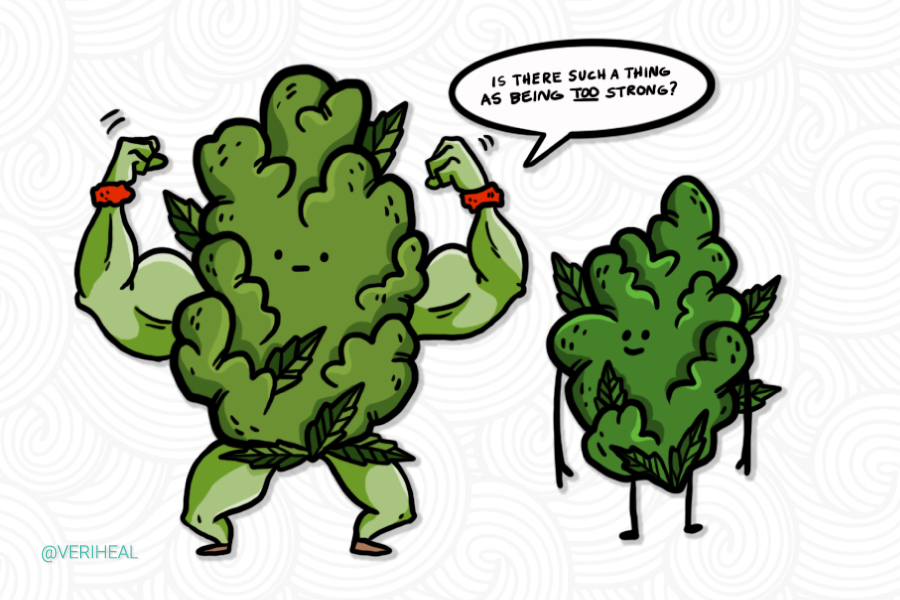 While there are over 100 discovered cannabinoids in the cannabis plant, attention continues to focus on tetrahydrocannabinol (THC). At the same time, we are witnessing the cannabidiol (CBD) craze in full force, legislation is floating around legal cannabis states that could cap legally accessible THC levels. Since THC is considered the psychoactive compound within cannabis, legislators feel this is an opportunity for further regulation on potency, for consumer safety of course.

Some states have adopted single serving and total package THC limits for edible products such as candy bars and gummy bears. Importantly, those limits are based on total THC content in a milligram measurement per serving or package, not a percentage. This milligram based restriction was generally pushed as a preventative for overconsumption and in the instance where a child was to consume an edible on accident. However, these restrictions have no effect on lawfully obtainable THC percentages.

THC May Be at Record Highs, But it’s Still Non-Toxic

Research is showing that cannabis and specifically, THC is not toxic; even at high doses like alcohol, nicotine or any other common over the counter drugs. High THC products are stirring controversy as they reach record levels of psychoactive potency.  Some cannabis culture theorists speculate that high-potency cannabis could actually minimize risk for lung problems due to smoking cannabis because less smoke is required to achieve one’s’ desired effects.

Retail cannabis concentrate products can reach upwards of 90 percent THC and strains of flower capable of testing well into the lower 30 percentages. Legalization opponents say that the potency of these products can lead to higher addiction rates and psychosis, while medical cannabis advocates and industry representatives argue in favor of personal freedom, saying that more studies about THC addiction are needed and pointing out that highly concentrated products are used to treat certain medical conditions. No state that has currently legalized cannabis has a THC limit on products.

Potency Limits Have Been Introduced in Recent Legislations

Florida lawmakers are considering a 10 percent cap on THC in medical cannabis products. An amendment that establishes a potency cap of 10 percent THC for medical cannabis patients under 21 has made its way back to the Florida House floor, where it was tacked onto a larger healthcare bill. The Florida House led the charge on capping THC last year, but the idea fizzled at the end of the legislative session. A commercial legalization measure moving through Vermont’s state legislature would limit retail cannabis flower to 30 percent THC and concentrates to 60 percent THC. A Colorado organization entitled SMART Colorado, strongly supports THC potency caps claiming on their website, “Highly potent pot possess unacceptable risks to public and Colorado youth”. Included in the organization’s recent campaign efforts a billboard went up in Denver labeling cannabis as a hard drug,

Should This Issue Really Be Up to the Government?

Despite the intended goal of preventing youth from accessing high THC cannabis because of their developing brains, it would seem as though more medical patients would not have access to their medicine as well. Many other people do not believe it is appropriate for any legislature to enact THC caps and come between a patient and a doctor. Dozens of families, doctors, organizations and parents who are adamantly opposed to capping THC in this way. The likelihood of detrimental caps being legislated on THC limits is looking pretty minimal despite the efforts.

Natasha, I love this article. Touches on a very important issue. I am a cannabis advocate & hemp farmer.
I would like to connect with you.
Please email me at barefootblondefarms@gmail.com.
Many thanks!