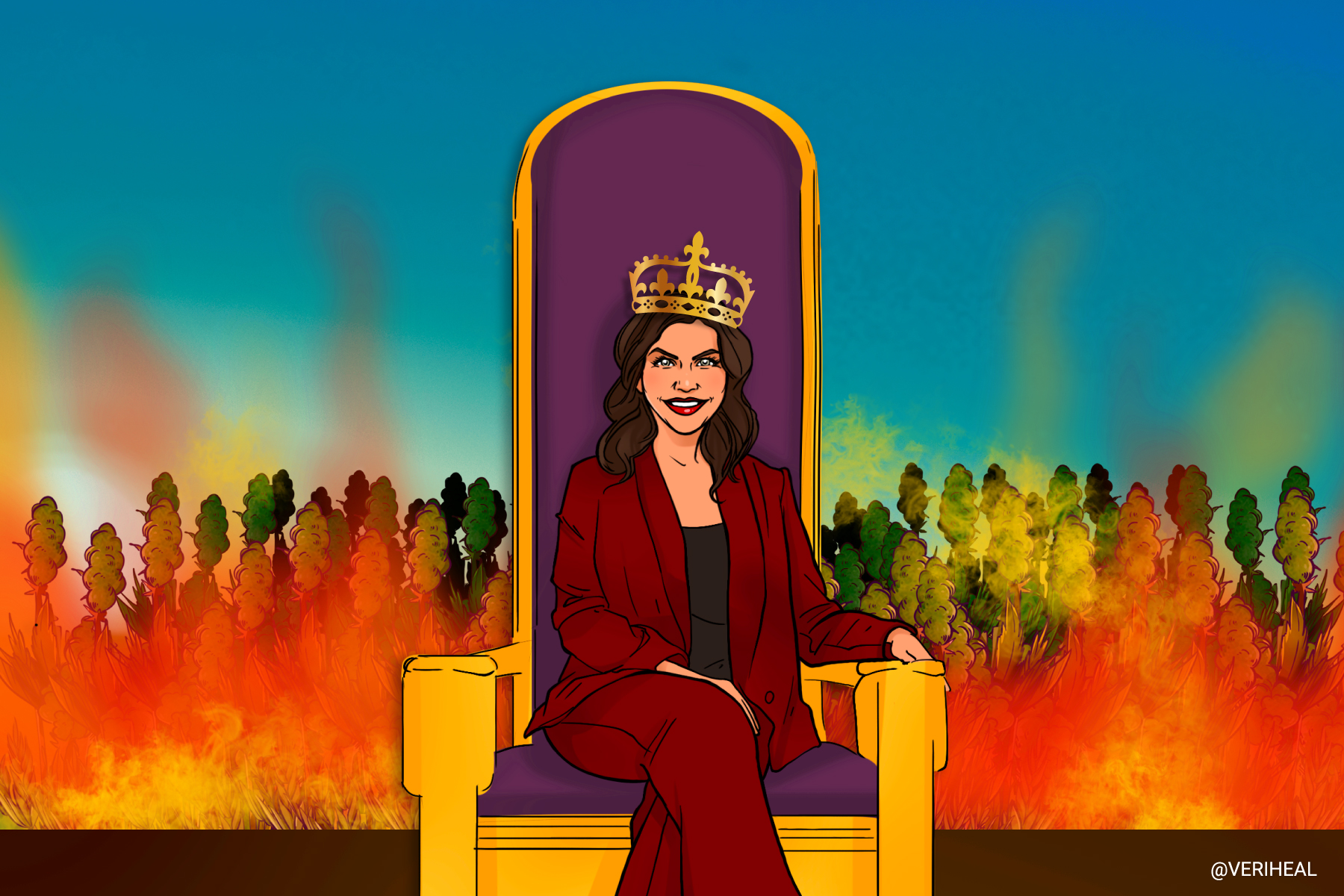 South Dakota is the fifth least populous state in the United States, it is the 17th largest by area and, as of 2019, had an estimated population of 884,659. It’s known for Mount Rushmore and the Crazy Horse Memorial. The largest industry employing citizens in the state of South Dakota is the medical industry. When it comes to medical or recreational cannabis, the state had supported draconian prohibition up until 2020. Just when it looked like things finally were taking a turn in a positive direction for cannabis reform in the state, Governor Noem intervened.

Voters Said Yes but Governor Noem Had Other Plans

On November 3rd, 2020, the state of South Dakota voted on the decision on whether or not to legalize cannabis. The vote to both legalize recreational and medical cannabis passed. This was great news as voters across the state came together to show their elected representatives what they wanted. Sadly even when a vote passes in America, one individual with a private agenda can change all of that. One very questionable individual at that. I’m talking about none other than South Dakota Governor Kristi Lynn Noem.

The progress made by voters looking to legalize cannabis in their state was quickly changed when the state’s private agenda-driven governor stepped in, deciding that the people didn’t know what was good for them. Before we get into this heinous point of view from this particular individual, let’s look at the character history of Governor Noem.

Questionable Character to Say the Least

Those who have worked for the governor have told media sources, “She’s just terrible to work for.” Actions speak louder than words, but if you ask me, the actions of Governor Noem support the statement that she’s terrible to work for and back up my own opinion that she is a questionable person as far as morals and values as well.

She has a history of bettering herself and leaving the state behind. Governor Noem was quoted by the media saying, “Due to the lack of revenue growth, I will not be able to recommend inflationary increase for education or Medicaid providers or for state employees’ salaries.”

Meanwhile, her daughter was hired onto the governor’s team before even graduating college at a salary just below $50,000 a year. Now her daughter makes roughly half of what her mother makes. It doesn’t stop there, they say the rich get rich by keeping it in the family, and perhaps that’s why the governor’s son-in-law Kyle Peters also draws almost $60,000 a year working for the governor’s office of economic development. Some have said The South Dakota governor “Is a stubborn boss who continually makes poor decisions, won’t listen to counsel from her staff and {who aspired} to a cabinet post in the Trump administration.”

By poor decisions; they might be referencing the recent media attention of Governor Noem for using a state plane for political travel at taxpayer’s expense. Newly surfaced flight logs could end up showing the governor misused thousands of dollars worth of state tax money while attending events out of state hosted by private organizations.

Another display of questionable character was when a Christian non-profit ministry started a grocery-style food bank that rewarded needy students with credits for shopping. These credits were obtained through acts of service and good deeds. The Governor’s response to the program started by Paul Juarez of the Christian non-profit First Refuge Ministries in Sanger was, “There is no such thing as a free lunch.”

That is a pretty bold statement coming from a lady who appears to have misappropriated state funds, using them to fly around the country attending private events to better her political career. After digging into this political figure’s career and seeing what she is doing to her state, I cannot believe impeachment is not even being mentioned yet. A governor can be impeached just like anyone else. Get this woman out of office before she destroys your state!

It is a sad day in America when citizens practice their right to vote on whether or not something should become legalized, and then it ends up being all for naught simply because the people in charge think otherwise. It is a false sense of democracy and should be a criminal act! Highway Patrol Superintendent Colonel Rick Miller and Pennington County Sheriff Kevin Thom, along with Gov. Kristi Noem, are all private agenda-driven criminals in my eyes. They believe cannabis legalization is a bad decision and even challenged it in court. I guess they don’t like the idea of losing the ability to continue busting peaceful cannabis consumers. After all, busting real criminals must be too much of a challenge if they have enough time to waste on BS like this.

An attorney that represents South Dakotans For Better Marijuana Laws, Brendan Johnson, urged the Supreme Court to be “cautious about striking the ballot measure down,” citing “it could weigh in on future efforts for citizens to change laws at the ballot box.”

I would have to support Attorney Johnson. I mean, what good does it do to go out and vote if the elected representative of your state believes you are not educated enough to make a decision for yourself and cancels your vote? I’m just saying this doesn’t sound like democracy to me. Why do we allow politicians like this to remain in office in our country? Am I the only one that wants to see this woman impeached? If you start to dig into the government in South Dakota, you’ll realize it is as twisted and corrupt as the federal government in our country. Something needs to be done, please, I urge you to not vote this woman back in!

For now, the question remains as to whether or not the elected officials of the state will follow through in reverting the will of the people. An exact date for a vote on this challenge to the voter’s decision made last November has not been released, however, it is expected to occur within the next few weeks so stay tuned as we will be sure to provide updates as this story progresses further. For now, we can only hope that the will of the people will be respected and not the private agenda of one elected official.