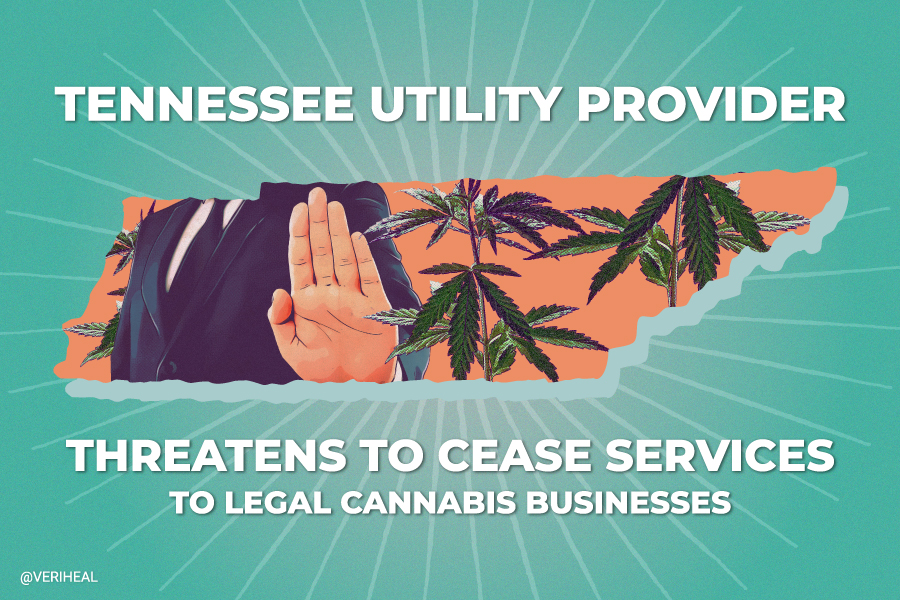 The Tennessee Valley Authority, also known as the TVA, is a major federally owned utility service provider that distributes electricity to millions of consumers. In response to the recent legalization of medical cannabis in the state of Mississippi, the TVA released a public statement pertaining to its federal obligations, suggesting that it would be withholding services from any cannabis-related business.

In the company’s official statement, which was first reported by The Daily Journal, it was stated that the TVA respects “the role of state governments in making these decisions, but as a federal agency, TVA is required to comply with federal statutes.”

The utility company argued that it is contracted to provide services to local power companies regulated by state officials. The fact that the TVA is a federal utility company means it must adhere to federal law. The TVA released the following in its official statement regarding the matter:

“While some states have enacted (or may soon enact) laws permitting the cultivation and distribution of marijuana for either medicinal or recreational purposes, marijuana, regardless of its intended use, remains a Schedule I substance under the federal Controlled Substances Act of 1970. Federal resources and funds may not be purposely used to facilitate activity that potentially violates federal law.”

Not only is the TVA threatening to not provide services that it is required to provide per state-level contracts, but the utility provider is also outright admitting that its employees have been directed to report the discovery of any cannabis businesses being serviced due to TVA’s federal relationship. In this instance, TVA “will make a determination regarding (our) reporting obligations to agencies that may have proper jurisdiction to enforce the federal Controlled Substances Act.”

Who Does the TVA Serve?

According to its website, the Tennessee Valley Authority “provides electricity for 153 local power companies serving 10 million people in Tennessee and parts of six surrounding states, as well as directly to 57 large industrial customers and federal installations.” These six additional states include Alabama, Georgia, Kentucky, Mississippi, North Carolina, and Virginia.

Of those states, Virginia is the only one that has taken steps to legalize both medical and recreational cannabis, raising questions about how TVA’s stance on cannabis will affect businesses in that jurisdiction. Currently, adults in Virginia over the age of 21 are able to cultivate cannabis at home. Will individual residents who receive power from TVA be penalized for home growing? Will dispensaries and cultivators in Virginia face the same issue when the state’s recreational market is implemented?

U.S. Rep. Steve Cohen (D-Tenn.), a supporter of cannabis reform in Congress, told Marijuana Moment that medical cannabis “has been legalized in the majority of our states generally by the people’s votes. TVA should not discriminate against legal businesses that need utilities. TVA needs all the business they could get as their rates are way too high already and many want to leave TVA.”

How the TVA Came to Be

While the TVA has brought power to millions, it has also been the center of much controversy through the years. The Tennessee Valley Authority Act was signed by President Franklin D. Roosevelt in May 1933 in what he saw as a crucial step to bring forth a “New Deal” for Americans. With the Tennessee River at the center of it all, swift change quickly came to the Tennessee Valley, but not without evident environmental impacts that would persist for years to come.

According to History.com, “During World War II, the TVA would play a critical role in U.S. war production. The region churned out everything from munitions to fertilizer for food production to aluminum for airplane machinery. Electricity from the TVA also powered Oak Ridge in the hills of Tennessee, one of the top-secret sites built to produce uranium for the atomic bomb during the Manhattan Project.”

Today, the TVA remains as one of only a few programs enacted under the New Deal. It is “the nation’s largest publicly owned power provider, sending electricity from a combination of hydroelectric, coal-fired, natural gas, nuclear and renewable energy facilities to some 10 million people across the Tennessee Valley.”

The contention between the TVA and the cannabis industry is still a developing story, but the outcome is sure to affect thousands of people. Whether the TVA has a vested interest in halting legal cannabis markets or is genuinely caught in the middle of state and federal law, one thing is certain: The legal gray areas of the cannabis industry need to be addressed, and they need to be addressed promptly.