The Legal Cannabis Market is Worth Billions and Still Growing 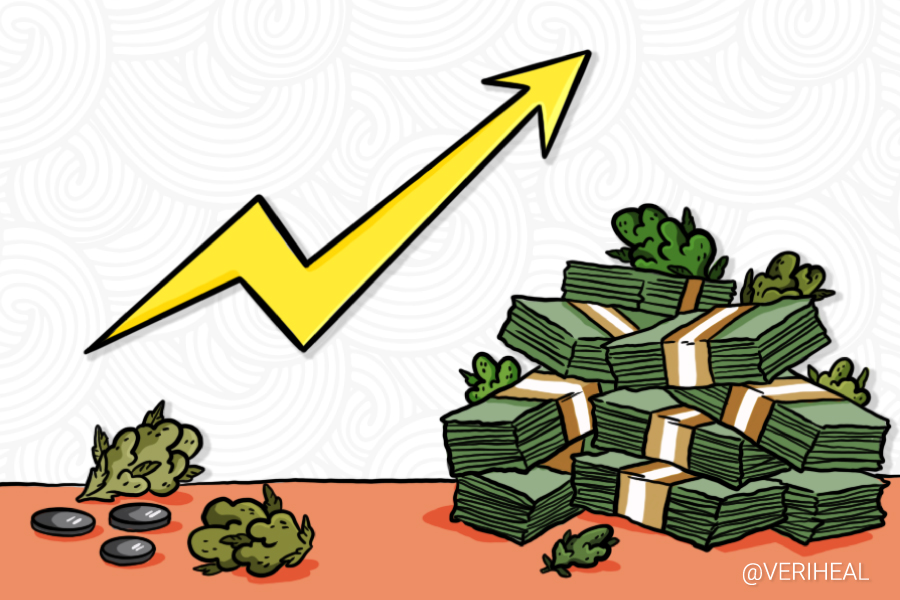 A decade ago there were only a handful of regulated legal cannabis markets. As leaders in the legalization wave, these markets perhaps unknowingly entered a profit surge that has yet to plateau. As the cannabis industry continues to expand in the US and globally, so does the revenue. With tens of billions of dollars’ of cannabis being sold annually in the black market, worldwide cannabis legalizations could easily move a majority of these sales to legal channels in the years to come. If that’s the case, even the loftiest sales projections from Wall Street over the next 5 or 10 years may be realistic and attainable.

The Cannabis Industry Continues to Grow

Although selling a processed plant isn’t exactly what you might call innovative, global cannabis sales, legal and non, generates billions of dollars each year. There are clear-cut reasons to believe that these illicit sales are being moved to legal channels through legalization. The legal cannabis market grew by 46% in 2019, despite challenges caused by overregulation and overtaxing in the two biggest markets; California and Canada. A true testament to just how popular cannabis is among consumers and the ongoing impact of newer markets maturing.

The possibilities are boundless as political progress opens up more markets across the world, and struggling markets sort out their regulatory framework. The legal cannabis market has had explosive growth since several states have legalized recreational cannabis. With Canada legalizing recreational consumption and the growing popularity of the plant in the United States – projections for the global legal cannabis market is set to reach over 63 billion dollars in value by 2024.

California’s illicit market is predicted to make up 53% of all cannabis sales in 2024. States with more supportive regulatory frameworks are expecting illicit sales to make up less than 30%. Generally, gauging recreational cannabis market sizes does not include the black market. If a country has yet to legalize recreational cannabis, the value of the market is zero. If legalized, appropriate growth curves are applied to the legal market thereafter, while capping the legal market at a maximum of 60% of the value of the entire recreational market (including the black market). Most believe a significant portion of the illicit market will be driven out.

Zero to Billions – Legal Markets showing real numbers. It is hard to put solid numbers on cannabis revenue because the illicit market will always exist. As legalization spreads money moves from that black market into the legal markets, allowing real data to be collected. What has been shown so far accounts for the lofty future projections we are seeing from the number-crunching market analysis’.