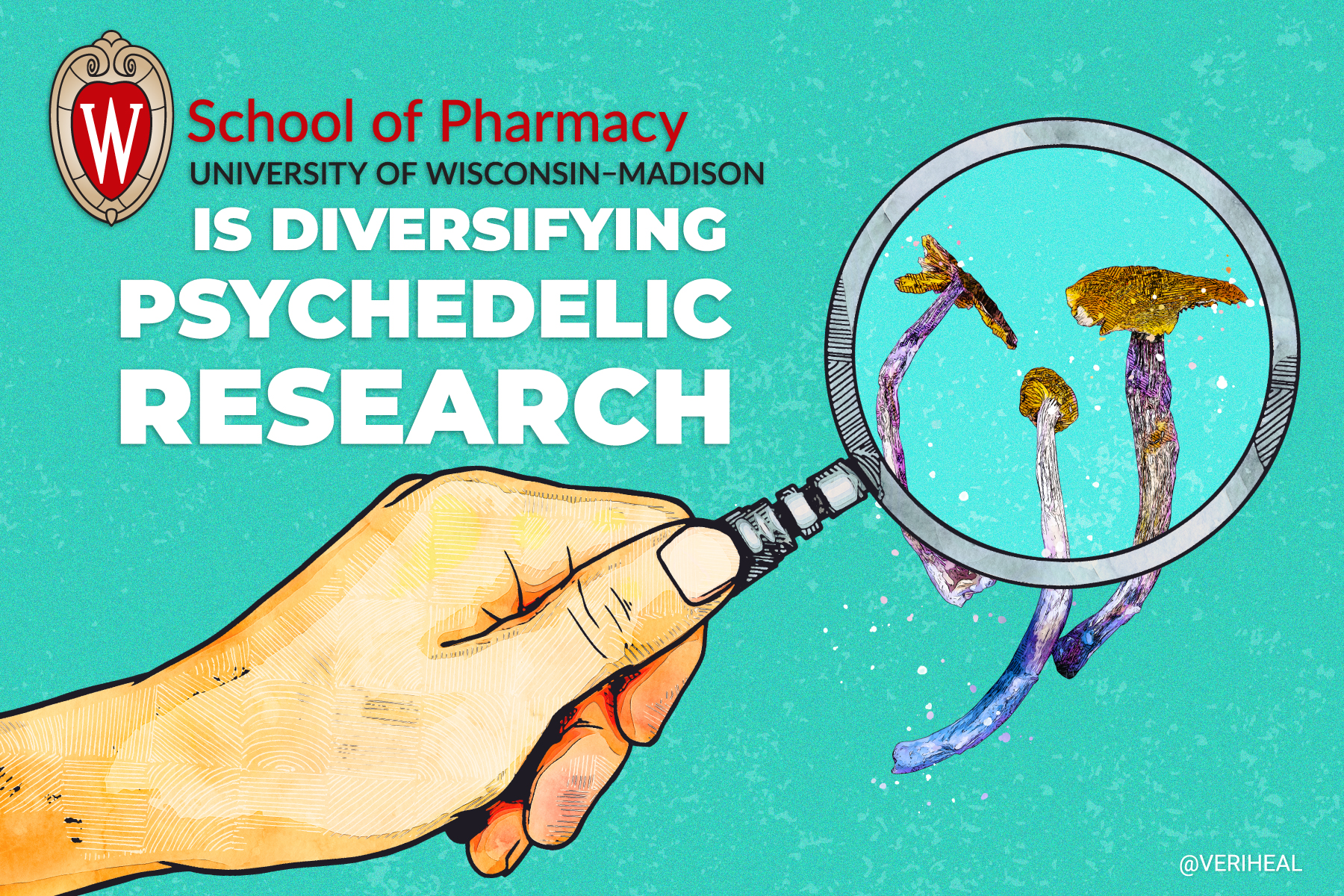 Acknowledging the lack of diversity in psychedelic studies, the University of Wisconsin-Madison (UW-Madison) School of Pharmacy recently announced a new addition to its facilities: the Transdisciplinary Center for Research in Psychoactive Substances.

UW-Madison holds a reputation for being an exceptional and diverse institution, making it an ideal candidate for expanding the field of psychedelic studies. The school was ranked No. 13 among American public universities and 58th overall in the Wall Street Journal’s 2022 College Rankings List. Although UW-Madison joins a relatively small group of institutions leading the charge in a new era of psychedelic studies, research on these intriguing substances has been around in some form for quite some time.

Albert Hoffman, a Swiss chemist born on Jan. 11, 1906, is credited with conducting some of the earliest psychedelic research. He was the first person to synthesize, use, and learn about the effects of lysergic acid diethylamide (LSD), as well as synthesize and isolate psilocybin, the active chemical compound that produces the intoxicating effects in magic mushrooms. Hoffman lived a long life, reportedly microdosing with LSD during the last three decades or so of it until his death on April 29, 2008 at age 102.

From the time that LSD and psilocybin were discovered, they were actively researched via thousands of studies. Unlike cannabis, which has been illegal since 1937 in the United States, psychedelics were not criminalized until the 1970s. It wasn’t until former U.S. President Richard Nixon signed the stringent Controlled Substances Act (CSA) into law in 1970 that psychedelics and their research would see their demise.

During the four decades in which psychedelic research was fruitful and abundant, many different types of psychedelic drugs were studied to better understand their hallucinogenic, mind-altering effects. All too often, people’s minds go straight to LSD and magic mushrooms at the mention of psychedelics, but there are actually quite a few different substances in this category. Let’s take a look at some of them.

Lysergic Acid Diethylamide (LSD) was extremely popular in the ’60s and continues to be heavily associated with the Woodstock era and hippie movement. It was first synthesized in 1938, and thousands of tests have been conducted on the substance since then. Many people who enjoy LSD find it to be a mind-opening and creative experience they carry with them long after the effects of the substance have worn off.

Psilocybin is a serotoninergic psychedelic substance and a substituted tryptamine alkaloid that creates psychedelic intoxication similar to the effects of LSD. Many people prefer psilocybin because it is produced naturally versus synthetically created. The level of intoxication is usually considered lighter than that of LSD, but there are many different types of psilocybin mushrooms with ranging effects—some of which are quite strong.

3,4-methylenedioxymethamphetamine (MDMA) is a psychedelic drug that goes by the common name “ecstasy.” This psychedelic isn’t necessarily as strong as LSD or psilocybin, although it produces similar and strong effects that increase pleasure, empathy, energy, and altered sensations. A recreational drug found frequently at raves, ecstasy is commonly associated with social individuals who enjoy the party scene.

N,N-dimethyltryptamine (DMT) is labeled as a substituted tryptamine found in animals and plants. In many cases, DMT is used spiritually and recreationally and is derived from plants commonly found in the Amazon rainforest. DMT produces very intoxicating and strong effects, and the buzz is commonly associated with out-of-body experiences and breaking down barriers of self-discovery.

Iboga is a shrub from the Apocynaceae family commonly found in the Democratic Republic of Congo, Gabon, and across Africa. This evergreen shrub is utilized recreationally as well as ceremonially and ritually throughout various cultures. Beyond the psychedelic properties of iboga, it is also used to treat drug abuse/addiction, high blood pressure, nerve disorders, HIV/AIDS, swine flu, fever, influenza, and more.

Mescaline is a psychedelic protoalkaloid that occurs naturally in the peyote cactus, the San Pedro cactus, the Peruvian torch, and various other species of cactus. The substance produces a mind-altering, dream-like state described as enjoyable, positive, happy, or illuminating. Many people experience intense hallucinations from mescaline.

A New Era of Psychedelic Studies

The facilitation of responsible psychedelic research continues thanks to the pursuit of information and education by institutions like UW-Madison. With psychedelic reform becoming a hot topic at both state and federal levels across the U.S., researchers from the UW-Madison School of Pharmacy will focus on the potential of psychedelics to play therapeutic roles for conditions such as opioid addiction, post-traumatic stress disorder (PTSD), and depression.

Unlike studies of the past, these will prioritize diversity among participants. Paul Hutson, founding center director and a UW–Madison School of Pharmacy professor, was quoted telling media sources,

“There is a substantial imbalance in the numbers of Black, Hispanic, Asian, and Native American research participants in studies of psilocybin and other psychoactive medications. The center will seek opportunities to improve the representation of minorities, elderly, and marginalized groups in the forthcoming research on psychedelics. Efforts to accomplish these goals align with established projects at the university that investigate the role and impact of psychedelic compounds across different cultures, including Indigenous communities.”

Research on psychedelics is still stronger to this day than research on cannabinoid therapies in many places. While lawmakers’ concerns about cannabis legalization often point to the need for more research, the same lawmakers rarely allow such research to occur. For example, cannabis reform is not even being considered in Kansas, but the state is actively exploring legislation to allow the facilitation of psychedelic research on substances such as MDMA, ketamine, DMT, and more.

Psychedelics have been around for thousands of years and date back to some of the earliest recorded histories of humankind. Despite their prohibition around the world, research supports psychedelic therapies helping in a magnitude of different ways with a multitude of different conditions, much the way cannabinoid therapies do. As more institutions allocate proper resources for the scientific study of psychedelics, we grow closer to fully understanding the ins and outs of these fascinating substances.

Veriheal does not support illegally consuming alternative therapeutic substances but acknowledges that it transpires because of the current illicit status, which we strive to change by advocating for research, legal access, and responsible consumption. Always consult a physician before attempting psychedelic therapy.