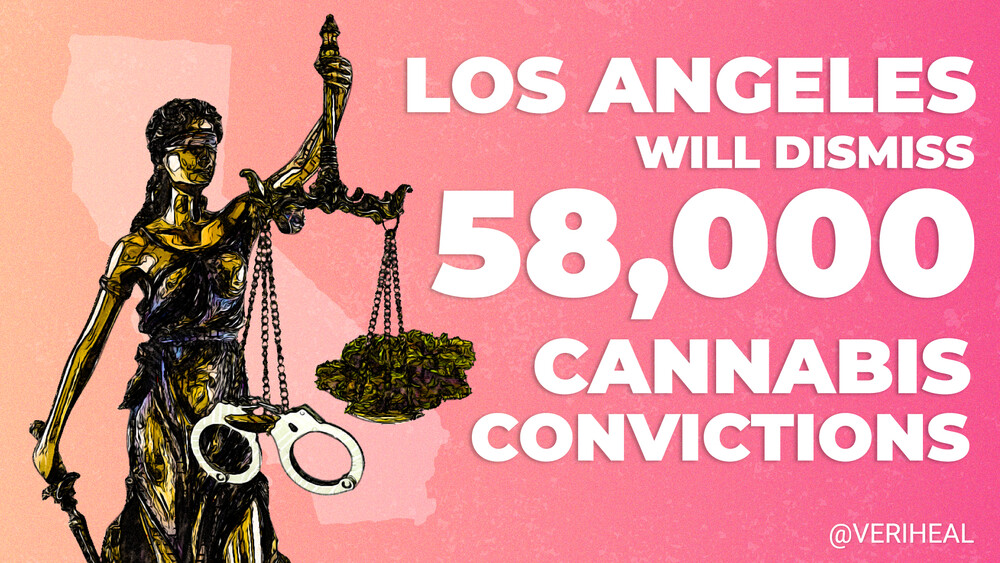 LA is addressing the ramifications of the war on drugs with almost 60,000 cannabis conviction dismissals, Chris Webber and his business partner smashed some concrete on Tuesday to initiate the construction of an innovative cannabis facility in Detroit, and one of the nation’s largest cannabis companies is transforming farmland near an old federal prison into a “cannabis campus.”

58,000 Cannabis Convictions Will Be Dismissed in LA County

Los Angeles prosecutors have announced that they will be expunging 58,000 cannabis-related convictions dating back to 1975, bringing the total number of expunged convictions in LA County to around 125,000 since cannabis was legalized in California in 2018. The move that comes in response to numerous petitions by local residents marks an attempt to rectify some of the damage done to disenfranchised communities by the war on drugs. “It clears the path for them to find jobs, housing, and other services that previously were denied to them because of unjust cannabis laws,” said District Attorney George Gascón.

NBA Hall of Famer Chris Webber is transforming an old factory into a $50 million cannabis compound in Southwest Detroit, expected to be complete in March 2022. The Webber Wellness Conservatory will include marijuana operations and training facilities, along with a cultivation facility, dispensary, and consumption lounge. With offerings like a virtual GED program and financial literacy training, the compound is geared toward investing in the community Webber grew up in and increasing residents’ access to the skyrocketing industry.

Green Thumb Industries (GTI), which grows and sells cannabis, edibles, vaporizers, and other products across 14 states, is turning 40 acres of farmland in New York into a $150 million cultivation and manufacturing site. GTI’s “cannabis campus” has been in the works for a decade and will begin producing high counts of cannabis flower, edibles, and vape cartridges by 2023. “The irony of building a cannabis facility near the grounds of what used to be a federal prison is not lost on us,” said CEO Ben Kovler. “We understand what happened with the war on drugs. And we’re planning to flip that around.”